I was a great mother up to the point where my son was weighing his university options. It was a choice between a more prestigious school and one with less of a “brand” name.

My son had already decided he was not going to Oxford. He was right. His personality would have been at odds with that of Oxford. Still, it would have been nice to see him follow in his brother’s footsteps.

See me not channeling my wants through my child. Go me. 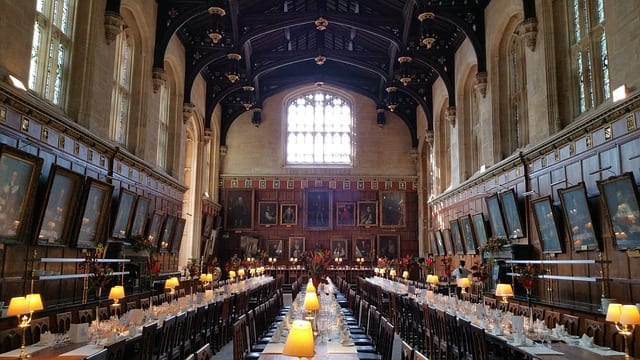 I am a widowed mother of four. I take great pride in the relationship and life the children and I have fashioned for ourselves since their father’s death six years ago. If these young people were not my family, they are people I would choose to spend time with.

That is not to say I have not had my share of “I hate you’s” and unacceptable slamming of doors. I have, but consistent application of common-sense, old-school parenting saw us through the storms.

I’m pushed to think of a subject the children and I have not been able to sit down and discuss. And before the university choice debate, I was unaware of the term “hot topic.”

I came to understand it to mean a topic which becomes volatile and molten lava hot between you and your teenager. A topic unapproachable from any angle without bitter tears and recrimination. In this case, my tears, his recriminations.

As one of seven children, I did not have the money and privileges of my peers, but my parents believed in the power of education.

“It is not money that opens doors, Melinda, it is education.”

A refrain we first heard from the cradle, my brothers, sisters and I did not disappoint. We took our studies seriously, although it was not as though we had a choice. Our mother and father did not play around on the subject of school. Whether we thought we were in the right or wrong, if a teacher disciplined us our parents reinforced the message when we got home.

My parents, then, spawned seven children who went into higher education through to chosen professions. I, however, did not capitalize on my natural gift and go to university to study English as planned. This was a rebellion against my father, and my inability to please him throughout my formative years.

“You came top of the class, then?”

No, “Well done for coming in second.”

No, “Thank you for working your damn ass off as always to please me.”

I took time out and went to business school instead. I was done trying to impress this complicated man.

Finding a talent for computers, economics and law was not in the plan, and when I graduated I did not pick up my English degree. Instead, I went to work for the British Institute of Management. I started as an office junior, lower in rank than the office cat. From this scratching pole, I climbed to management of resources, then to the management of people. I thought I loved it.

That is until my true love of writing and the English language started pulling at me. Clothing myself in the empty success of rank and money was eventually not enough to shield me from the dissatisfaction of a life spent in corporate grey. I could no longer ignore the pull of a creative yen unraveling the hems of my business suits.

With many more years behind me than in front, I knew it was this reality firing my wish to return to my first love of English and writing. How much better might it have been had I taken up writing in my college days?

But, I have been careful not to live my aspirations through my children. Instead, I am inspired in middle-age to reach for my dreams while watching them exploit their talents without fear.

A red mist did descend, though, watching my son consider there was a choice between a prestigious university and one with less prestige.

But here I have done my son a disservice.

A colorful and creative talent, with designs on the acting world, he also has academic and street smarts. He said recently that I ignored the simple fact he was considering the college only because it offered the course of study he was looking for. (Not to piss me off by making some sort of coming-of-age statement then?) Here was proof I had projected my fears and disappointments into the heart of what my child wanted for himself.

No longer a hot topic, my son and I are past this period in our lives. Indeed, in writing this piece, I asked him for some take-aways I could include from his perspective. He says that back then he would have appreciated the following from me:

To have been given free rein to make initial college selections. “Nothing was written in stone, mum.”

More support in choices made, and less negativity or raging enthusiasm for one college over another. “Fact-finding together rather than who or where was right or wrong, mum.”

Weighing options was not disregarding what you as a parent brought to the discussion. “Feeling shut out and believing I thought you had nothing useful to say was in your head, mum.”

That teenagers do listen, but parents repeating themselves doesn’t reinforce a position – it just puts it into the realm of white noise. “I just stopped listening after a while, mum.”

Enlisting the support of a sibling who has been through the process more recently was the right thing to do. “Messages I couldn’t hear from you after a while, mum, I heard when my 20-year old student sister spoke to me.”

Think about our fears. “Part of the attraction of colleges that offer first, is that we have been secretly afraid no-one else will offer us a place.”

Don’t undermine our common sense. “My eventual list of pros & cons would have revealed the correct choice for me in the end, mum.”

Trust we are able to make the right decision for ourselves. “Up to this point, mum, you were always so good at giving me the information and then letting me come up with the answer.”

That was hard to hear.

Especially since I pride myself on the parenting and mentoring role I have perfected over the years. A role I have carried without a second parent to hold my hand. We didn’t break as a family when my husband died, but choice of university threatened to break the great relationship I had built with my son.

Of course I’ve come to understand this “hot topic” was not really about my son.

It was about the girl fearing her son would choose unwisely. The girl turned mother not realizing she was pushing her son towards a similar rebellious decision she had taken all those years ago.

I see now the patience and maturity my son had to exercise to deal with me.

I can also now laugh at and understand his sister’s succinct and unemotional advice given to me at the time:

“Mum, we will get him to a good university, but first you just have to learn to, well, BACK OFF!”

She wasn’t wrong, and this is the short-form advice I now give to other parents who are new to the college-picking arena.

11 Reasons Why College Admissions is Harder Than You Expected

Home / Articles / College/Off to College / I Wanted My Son to Attend a Prestigious College. Why I Was Wrong
FacebookPinTweetEmail 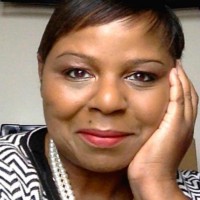 Melinda Fargo is a successful blogger, newspaper columnist for the UK’s largest regional newspaper, Editor-in-chief of online magazine Post-40 Bloggers, an amateur photographer and public speaker. To pay the bills, she is a project management professional in public service. Melinda remains a widow, but will marry Denzel Washington after the sudden and unexpected disappearance of any of his wives.
Where to find her:
Personal blog - What Mel Did
Online magazine -Post-40 Bloggers
Twitter
Instagram

Rejection stings. And a rejection from a college your teen loved and hoped to attend, stings badly. College counselors, parents and peers will all try to tell them not to take it personally. They will say the university admissions office gets more applications than they can possibly accept and many well qualified candidates are rejected.…