My daughter has always been a good student. I’ve never had to badger her to do her homework, or remind her about a test. In fact, there have been times when I had to order her to stop studying and do something for fun. I’ve always told her and her younger brother that when it came to her schoolwork, she should do her best. If she knew in her heart that she did her absolute best, even if she got a bad grade, she could be proud. 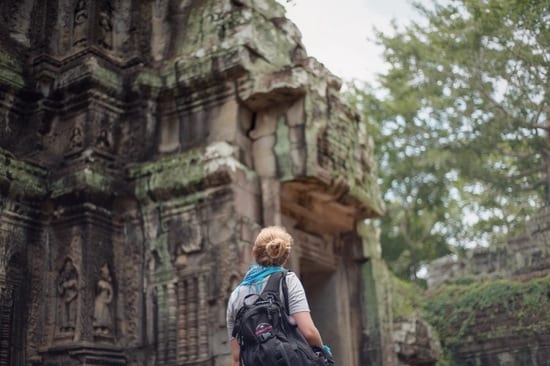 My advice was to work hard for herself, not for her teachers, or me, because ultimately she would be out on her own, and a love of learning and strong work ethic would take her much farther in life than any grade point average.

This worked well until she entered high school, and the focus became more on grades and less on learning. Now in her junior year, my daughter is stressed about school on a nearly daily basis, and as we have begun to discuss college, her anxiety is at an all-time high. She recently conveyed that she is worried because everyone expects her to know what she wants to do with her life, and she simply doesn’t.

While I appreciate the importance of junior year for high school students, and that they should thinking about where they might want to attend college, this idea that they should have a clear picture of what they want to do for the rest of their lives is ludicrous. There will always be those kids who knew at the age of 7 that they wanted to study bugs when they grew up, or go to art school, or become a doctor. But most people fall into their professions, usually after being exposed to a subject in college, or reading about it on their own, or simply through coincidence and luck. That’s what happened to me.

When I graduated from high school I had no clue what I wanted to do with my life. The truth is, I was a mediocre student, not because I wasn’t bright, but because I was lazy and disinterested. Still, I managed to get into Northeastern University, where I didn’t do much homework and focused more on my social life. After two years, my college fund ran out and I transferred to the University of Massachusetts in Boston.

[More on the Transition From College to Career here.]

I took the opportunity to make a fresh start. For a time I flirted with the idea of going to law school, but inwardly I knew that I could never withstand the rigorous studies. So I graduated and went right to work, as a waitress.

For the six years I drifted between jobs in Washington, DC, where I worked in restaurants, temped for a while and cataloged videocassettes of autopsies at a medical school. I sat in a dingy basement at Georgetown University, and in order to reach the bathroom walked by rows of corpses that lined the halls.

From there I miraculously got a job managing an art-house movie theater. It was my first professional job, and allowed me to watch the independent and foreign films I had always loved – for free. To earn extra money I cleaned the theaters at night. That job led to one in publicity for a major movie chain.

Then I was laid off. No more free movies. No more paycheck. No plan. I went back to waitressing. The year was 1992 and Bill Clinton was running for president. One day out of the blue I decided to volunteer for the campaign, and was assigned to work the phone banks. It was boring work, but I loved the buzz of the office. I wasn’t being paid, but it was the most fun I had ever had at a job.

On election night the office manager pulled a few of us aside and told us to report to an address the following day. The building was the headquarters of the presidential transition, and I was one of about twenty campaign volunteers hired to work the phones. Once again I was gainfully employed, though I had no idea what I was doing, and less idea where it would lead.

At 27, I was still floundering, wondering what I would be when I grew up. My friends had adult professions; many of them were lawyers on partner track, and I was no closer to knowing my calling than when I left high school.

And then one day the bureau chief of The Sunday Times of London took a tour of the transition office, and changed my life forever. When he mentioned that he was looking for an assistant I leapt at the opportunity, and offered my resume. The interview process was intense, and I felt I was out of my depth, but somewhere deep in my soul I knew that it was the job for me.

My duties were mainly administrative, but in time I began helping with research for the bureau chief’s books and news stories. I was relentless in my work. I arrived early, stayed late, and over time was tasked with interviewing people and putting together complete files that my boss used to write his stories.

One day I asked if I could try writing a story. When my boss read what I had written, he said the opening “sucked” and marked my precious paper with nasty red ink. His criticism only spurred me to try harder, and eventually he allowed me to help write one of his stories, and very generously gave me a joint by-line.

After three years, my boss told me it was time for me to go out on my own, and urged me to move overseas and give foreign reporting a shot. Looking back now, it was a crazy idea, but at the time it seemed perfectly reasonable, so I sold everything I owned and moved to South Africa.

At the age of 30, in the city of Johannesburg, I finally found my calling. I was a journalist. It was in my blood. More than 20 years later, I can’t imagine doing anything else. My work has taken me through South Africa, and to Asia, where I was the Thailand correspondent for Newsweek. I’ve met heads of state, criminals, moguls, movie stars and innumerable ordinary people who were fascinating to me.

My personal journey was a circuitous one, but every menial job and every encounter led me to where I am now. I wouldn’t change a thing (except, if I had it to do over again I would study harder). I realize that all the tough times prepared me for my chosen field.

My only wish for my children is that they find their passion, and that they will be fortunate enough to be able to pursue that passion in their careers. Whether they find their calling in high school, college or beyond is immaterial to me. In the meantime, I’ve advised them to work hard now, and to expose themselves to as many subjects and professional fields as possible. I have no doubt that they will both end up on the path that is right for them.

Every day I wake up to a blank computer screen. It is up to me to fill it with words and to then sell those words. There are easier ways to make money, and there are far more lucrative fields, but this is my passion. I’m fortunate that I was allowed the freedom to find it on my own.

12 Ways to Help Your Teen Through Junior Year

Why You Should Help Your Kid Get a Job Jaimie Seaton is the mother of two teenagers and has been a journalist for more than twenty years. She writes frequently on motherhood, divorce and dating. Her essays and reported stories have appeared in the Guardian, the Establishment, Pacific Standard, Glamour and the Washington Post, among other publications. She and her children live in New Hampshire. You can find her on twitter and Facebook.