His hair had never been shaggier than it was that morning. His clothes were rumpled, and his eyes looked so tired. Of course, waking up at 4:00 AM will do that to an 18-year-old. As Evan would tell you, he didn’t have to wake up quite that early. It was me who insisted, setting multiple alarms to make sure the whole family was up and at ‘em well before dawn. After all, it was a two-hour drive from our home to his institute of higher learning, and who knew what kind of traffic we would hit? Answer: we would hit NO traffic, not at 5:00 AM. We stopped for gas, then for coffee, and were still ridiculously early. But that was OK, because the instruction in his papers was clear. He was to report to the Naval Academy at 8:30 sharp, and one doesn’t argue with such an official pronouncement. It was “I-Day,” and our son Evan was about to be inducted into the US Navy.

We’d been to Annapolis before. Evan had been interested since freshman year of high school, so we had gone down and taken the tour. I remember trooping past the indoor pool with the group, and being informed that a jump from the 30 foot diving board was a prerequisite to graduation. My immediate reaction was horror (me, the queen of the kiddie pool). My son’s reaction? “So cool!”

As he grew older and college decisions loomed, Evan was torn between a more conventional path and a military academy. Even after the acceptances began to come in, he remained conflicted. Finally, one night he emerged from his room and told us that he had decided to “sign his life away,” as he put it with a laugh, and accept the offer from USNA.

But wait! This was our free spirit, our jazz pianist, the guy who liked to question just about everything, growing up. The least organized of our kids. Not exactly the portrait of the ideal midshipman. How would he fare with the orders, with the discipline? The shaggy-haired, weary boy who was shuffling along towards Alumni Hall did not give me great confidence in this pairing of school and student.

We stood with him on that warm late June morning, as the line of clearly nervous young people and their families grew longer by the minute. I could hear snippets of conversations… “Remember the day your brother started here?” “Three generations of Naval officers. You’re keeping the tradition going, kiddo!” We had no such tradition, at least not on my side of the family. My dad’s peak of achievement in the Army was peeling mountains of potatoes in a kitchen on a base in Florida during WWII. But my husband Steve’s brother Phil was career Navy, so maybe that was the genetic connection. Still, I felt that we didn’t really fit on this beautiful but intimidating campus, and that Evan might not either.

Suddenly there was no more time for doubts. Hurried hugs and he was gone, out of our sight. His head was shaved; he was given the supremely unattractive uniform of the “plebe.” For the rest of the day, we remained on the grounds on our own. Evan was swept right into training, and given his copy of “the rates” (the rules) which he would need to start memorizing. From time to time, we saw knots of white-uniformed plebes being herded around by upperclassmen, who were shouting at them…not exactly a sight to bring joy to a mother’s heart. We would see Evan again, briefly, at 6 PM, when he and his thousand fellow freshmen would gather in Tecumseh Court to take the Oath of Office.

I had always been able to pick Evan out in a crowd. Sometimes it was easy, like at the big 5th grade chorus concert when he was the only kid with a blue shirt on, in a sea of white shirts (I had missed the memo; Evan couldn’t have cared less). Sometimes it was a bit more of a challenge. But that evening I scanned the throng and had absolutely no idea which one was my child. They all looked identical. And I wondered: would the Academy wipe out what made Evan, Evan? I prayed it would not, but I knew there were no guarantees.

Had I possessed that coveted (and, alas, nonexistent) parent’s crystal ball and been able to look ahead ten years, past his four years as a midshipman, and six more as a Naval officer, I would have been very reassured. Evan remained fully himself (even down to playing jazz piano every chance he got), and the changes—well, learning to clean a room well enough to pass an Alpha inspection was actually a GOOD thing. He was proud of his service, and grateful for the incredible education he received.

But that summer night in 2004, we left Annapolis with heavy hearts. We wouldn’t see our son until the end of August, and meanwhile would only be able to get two three-minute phone calls from him. The experience of Plebe Summer would be Evan’s, and not ours. As the beautiful, but intimidating, Naval Academy receded in our rear view mirror, we knew that it was “I-Day” for us as well, an induction into a whole different world, for Evan and for the family who loved him, that he was leaving behind. 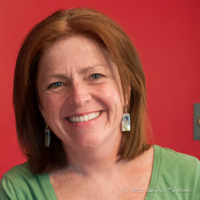 Elise Seyfried is a writer (three books of essays, a regular newspaper column, numerous plays and freelance articles), as well as an actress, public speaker, church worker, mother of five grown kids and grandma of two. Her work has appeared in such diverse places as the Philadelphia Inquirer, Guideposts Magazine, Metropolis, The Word in Season, andColdwellBanker.com. Find her on her blog,  Facebook, or Twitter