The first of May is the unofficial end of high school for many college-bound seniors.

Otherwise known as the National Candidate Reply Date, May 1 is the deadline for students to submit an enrollment deposit confirming their college choice. For students who have obsessed over being admitted to college for months (if not years), it feels like the finish line, a time to collapse with exhaustion from a race well run. Not so quickly! There are still important details to attend to—maintaining good grades, staying out of trouble and actually graduating.

The senior year of high school has been called a “wasteland” (by former U.S. Secretary of Education Richard Riley) and a “lost opportunity” (in a report by the National Commission on the High School Senior Year).  But who is to blame? Parents? Students? High schools? A culture of overachievement and “hyper-schooling” that leaves young people burnt out at a time that ought to be steeped in learning and opportunity?

Senioritis has become somewhat of a tacit rite of passage in our culture, not to mention the subject of many memes, movies and myths.  Merriam-Webster dictionary even has an official definition of senioritis: “an ebbing of motivation and effort by school seniors as evidenced by tardiness, absences, and lower grades.” Sound familiar? Do you or someone you love suffer from this condition?

Undeniably, this affliction has metastasized with the frenzy around college admission that wears students down over time. It is worsened by the unchecked spread of early applications—at many high schools the majority of seniors submit an application by December and a significant number have at least one acceptance by January.

This is just one of many factors contributing to restless students, who with still-developing decision-making abilities, are in a precarious position. Burnt out 17 and 18 year-olds, who have outgrown high school and are anticipating the independence of college, often find regrettable ways to assert this impending freedom.

Colleges acceptances can be rescinded if a student’s grades slip

As a high school counselor and former admission officer, I have seen this short-term malady result in unfortunate long-term consequences. It is so common that the National Association of College Admission Counseling even offers “treatment” advice on their website.

May is when seniors slump into school counseling offices to ask the perennial questions that are as foreseeable as spring rain:

“How far can my grades slip before colleges notice?”

“Will my college care if I drop my calculus class?”

“Hypothetically if I get caught pulling a prank, will that jeopardize my acceptance?”

The answers–in order–are, “yes colleges notice, they do care and…don’t be a knucklehead.” Every year, college and university admission deans from schools large and small, public and private, and of all levels of selectivity share stories (off the record so as not to breach student confidentiality) of admitted students they are forced to contact due to academic or disciplinary demise.

Last spring this became a reality for nearly a dozen newly accepted Harvard applicants, who had their offers of admission rescinded when sharing of offensive memes on Facebook came to light. Implicated students reportedly received letters asking them to explain their behavior and use of social media–ultimately at least ten students had their admission retracted.

A recent Kaplan survey of 388 admissions officers “from the nation’s top national, regional and liberal arts colleges and universities” found that more than two-thirds said that it’s “’fair game’ for them to visit applicants’ social media profiles like Facebook, Instagram, and Twitter.” While the number of admission officers who actually look at students’ social media is much smaller, the reality is that it happens. This is only one example of how poor decisions in senior spring can run afoul. From social media to pranks to partying to academic disengagement, the pitfalls are plentiful.

Depending on the nature of the student’s action (or inaction) admission deans might call the student or her/his counselor to gather more information.  Alternatively, the student might receive a letter like this one shared by Matthew Hyde, director of admission at Lafayette College in Pennsylvania:

Please note that your underwhelming academic performance this spring has put your Lafayette enrollment in jeopardy. As stated in our offer of admission, your opportunity to matriculate as a member of the Lafayette community was contingent on maintaining the level of academic success that won you admission to the College. On this front, you have failed.

Please respond to this correspondence with a reply that outlines the following: 1) how your academic performance slipped in comparison to past achievement; 2) why you allowed this situation to occur; and 3) what you will do at Lafayette to maximize your success as a scholar – *if* – the admissions committee decides to continue to honor your current enrollment status. It is important that you respond to this correspondence within one week of its receipt. If you have any questions, please do not hesitate to be in touch.

While this is a warning letter, the actual notices of a withdrawn offer of admission are more strongly worded and undoubtedly final. Fortunately, the need for such letters is completely avoidable and within each individual’s control. Whitney Soule, dean of admissions and financial aid at Bowdoin College offered a refrain that she often uses when cautioning applicants about discipline and academic excellence:

You earned this spot based on your work and membership in your community – offering you this spot meant someone else who earned it couldn’t have it – please don’t disrespect the seriousness of the choice we made when inviting you to our community by undermining the faith we have in your commitment to learning and to the people around you.

It’s all about respect

Soule hits the nail on the head. An offer of admission is about respect. Respect for the hard work that students have poured into high school. Respect for the faculty and staff who taught them and supported their application. Respect for the college admission officers who advocated for their acceptance. Respect for the other applicants who were not so lucky. Respect for parents and the financial sacrifices they will make. Most importantly self-respect, as students honor their learning and potential.

So students, enjoy the final weeks of high school, take a breather, lighten up–but don’t give up–and don’t give in to the destructive temptations that could jeopardize your college acceptance.  Meanwhile, high school and college educators must find ways to respect the young people in this predicament and explore ways to reclaim senior year from disengagement and the depths of admission fatigue syndrome.

After all, senioritis need not be a terminal diagnosis.

11 Best Books on College Admissions and Paying for College

Home / Articles / College/Off to College / Watch Out for Senioritis: College Acceptances Can be Rescinded
FacebookPinTweetEmail 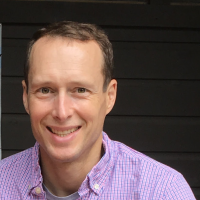 Brennan Barnard is the co-author of the new book, The Truth about College Admission: A Family Guide to Getting In and Staying Together. He is the director of college counseling and outreach at The Derryfield School in New Hampshire, an independent college preparatory school grades 6-12 and also the director of college counseling at US Performance Academy, an online high school for competitive athletes.

He has written about college admission for the New York Times, Washington Post, HuffPost, Concord Monitor and Journal of College Admission. A practicing Quaker, he is the father of two and lives in Hopkinton, New Hampshire where he is a volunteer firefighter.