I stood on the freezing snow at the bottom of the race course among the throng of other parents.  My boy was due to come down any moment, navigating a course of red and blue gates set on a hill of shear ice.

All I wanted to do was look away.

To close my eyes and open them once his run was over and know he’d safely crossed the finish line. My heart was pounding in my ears, and I could hardly breathe. But then I heard a voice from somewhere deep within me. “Don’t look away,” the voice said. “Watch your boy and have faith.”

Faith? I’d been standing at the bottom of these courses for the past eight years, and on more occasions than I’d like to remember, watched my son fall. And I’m talking ABC’s World Wide of Sports kind of falls. The kind of falls where all the other parents look my way with sympathetic eyes that say, “So sorry, but glad it’s not my kid.”

The falls started to get exceptionally bad around his sophomore year in high school. His body was getting bigger and with that new growth, there seemed a need to declare to the world just how big and strong he was. But that need usually led to the moments where speed turned to loss of control, and skis, poles and the body I’d created, went flying in different directions across the race course. I wanted him to quit.

That was also around the same time he stopped talking, spending much of his time alone in his room. But one rare day, he came home from his after school job at the local farm, sat down in the chair next to me and actually starting talking. He was open and shared thoughts that seemed to be a combination of his childhood dreams and emerging adult concepts and realities. I remember wishing for a tape recorder and forcing myself to just sit and listen, for fear he would stop talking.

He revealed something about himself I’d known, but until then, hadn’t fully understood. “I love to do things over and over again until I finally get it right,” he’d said.

[Read Next: When Your Strong-Willed Son Won’t Let You Help]

As he spoke, an image from when he was five years old filled my mind. We were at a playground we’d never been before, where there was a set of monkey bars – higher and longer than I’d seen before. My boy was a master of the bars on our little wooden swing set at home, but this was a different beast entirely. But he wanted to try, so I agreed. He made it across six rungs on his first attempt, before falling in a heap on the hard dirt far below. Before I could get him in the car, he was back on the first bar again. And again. And again. Each time, falling harder on the dirt below.

At one point, when his arms were visibly shaking and tears covered his dirt stained face, I took his shoulders between my hands and tried to make him face reality. “You’re never going to be able to do this. Let’s just go.” But he looked me right back in the eyes, pushed my hands off his shoulders and said, “Don’t ever tell me I can’t do something.” Whoa.

I took my place back on the park bench and gave up any hope of getting dinner on the table at a reasonable hour. But not long after making that declaration, I watched as he swung from one bar to the next, and then the next, a combination of momentum and efficiency emerging he hadn’t had on previous tries. He reached the last bar, climbed down the ladder on the other side, and with no ceremony or fanfare, walked over to the bench and declared we could go home.

Today we call this grit. Back then, I just called it stubborn.

[Read Next: The Reason Our Teens Make Us Angry]

I thought of those monkey bars as I stood at the bottom of that ski course. Faith. Watch your boy and have faith. So I did. I held my hand over my heart, looked up the slope and repeated the word Faith, over and over in my head. And an amazing thing happened. He crossed the finish line. Fast and safe, in 2nd place by 1/10th of a second behind the first-place racer.

Then something even more astounding happened. Race after race, he started finishing instead of falling. I recently said to my husband that maybe, just maybe, our boy was finally maturing and learning how not to fall.  But my husband had a different take. “I think,” he said, “that it was actually all those falls that led him to this moment.” He went on to explain how our boy “went for it” in every race and on every training run, and even though most ended in a fall, he was pushing himself and working toward an achieved mastery that only he could see. Like that last rung on that giant set of monkey bars.

Of course, the falls still happen, but now, instead of looking upon them as failure, I see those falls for what they are – opportunities for my son to learn, grow and fall toward the man he is meant to become.

*Grit: the Power of Passion and Perseverance (Ted Talk by Angela Duckworth) 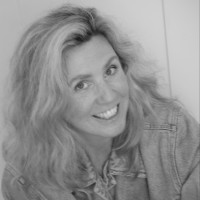 Kasey Mathews is the author of Preemie: Lessons in Love, Life, and Motherhood(Winner New Hampshire Writer’s Project Reader’s Choice Award) and A Mom’s Guide to Creating a Magical Life: 8 Practical Steps to Feel Happier, Inspired and More Relaxed. Kasey is an inspirational speaker, leads the Magical Living Workshops and mentors mothers seeking more meaning, purpose and balance in their lives. Learn more at www.kaseymathews.com and follow on Facebook and Twitter.