Right before my older son headed to college, I started repeating myself. Even I could tell it was annoying, but I couldn’t stop.

I told him to go to office hours, to get involved in extracurriculars, and not to skip classes as I did after finding a boyfriend freshman year. I urged him to be curious, find things that interested him, get out and exercise. I told him these things ten times, 100, and yet I kept saying them like a talisman.

Underneath all this practical advice was the unspoken: The house will be quieter without you. The cat will yowl for you. The grocery bill will shrink. The bathroom will sparkle. There will be a hole the size of you, now an adult, in this household that has held you in all your sizes for 18 years.

Most of all, unspoken: Have we done enough?

My 18-year-old son is on the brink

I think the question of “enough” is a feeling familiar to all teachers. At the end of the year in eighth-grade history and civics, I often feel my students, and I are just getting started, sliding into a rhythm. By May, I will know each of these kids. I understand something about how they learn and what makes them smile. I recognize how they glide into class when buoyant or slip in like a shadow when they struggle.

By these spring days, we’ve often just hit our stride in discussions about politics, reform movements, why we go to war, or what makes peace. In these last weeks — weather warming, giddiness rising — I try to make them laugh. I sit at a student’s desk and ask how their horse show went this weekend, how their sister in college is doing, or whether they got more sleep last night than the night before. In my best years as a teacher, we have found community by this point, and I love them all.

After they return from the summer, these students will be different — more mature, more able to cope and manage, and mostly taller. And I know they will never inhabit this moment again, eighth graders poised on the brink.

My older son is also on the brink right now. He is 18, ready to drive up or down the coast at a moment’s notice to see a baseball game, a cool beachfront, or a new restaurant. Last month he was a counselor for eight 14-year-olds in a cabin in what he called the best week of his summer. After they hiked up a mountain, he talked with them about their life goals, as his counselor did when he was 14.

He is mentoring. He is ready to be mentored. He is as independent as one could wish, probably more so.

So why is it so hard to see him go? Isn’t this what we’ve been preparing for all along?

Teaching has prepared me for kids leaving us

In teaching, we’re in the very business of kids leaving us. Often we get them for one year —sometimes, if we’re lucky, for two or three or four. And then they move on. Some will come back, but often precisely to show how they have changed. And it is marvelous. They are becoming our colleagues, peers, true adults, and citizens with purpose.

In contrast, in parenting, we’re in it for the long haul. Our kids don’t leave us until one day, they do.

In teaching, we always think there’s more we could do; in parenting, there’s always more to be done. Some outcomes are immediately measurable, but others latent, waiting for the right moment to sprout — in both cases, so often, precisely when we’re not around to see it.

For teachers, we measure skills, grades, and mastery. As parents, we hope our children will eke their way through young adulthood just a little better than we did. We see our flaws and dreams refracted in them and wonder how they will manage, how we managed.

I would try to catch my son at the “Right Moment”

In those last weeks before my son left, just in case there was a moment when he wanted to talk, I’d show up when I heard him go into the kitchen at night. I would load dishes or cut cucumbers or fold laundry.

Often it was not the time. He would burrow into the newspaper at our kitchen table, trying to create as much privacy as possible in an open room with the sink running.

But once in a while, it was the right moment, as he was scooping hummus onto pita chips straight from the bag or watching something on his phone. He was suddenly open, and I’d hear about where he went the previous night with his friends or about his latest creative writing idea.

If the time was right and I was feeling nostalgic, I would share one of my mom’s favorite sayings, knowing he probably wouldn’t listen but could land somewhere: “It will be revealed to you” or “One does what one can.”

Sometimes I mentioned a poem that I’m sure he must have read but somehow missed, like it’s “Year’s End” by Richard Wilbur, a favorite of both me and my mom, both of us English teachers.

Have I done enough, given him enough?

Will he be all right without having known it? With all the books that I read to him as a child, how did we miss this poem? Will he ever understand the urgency of the last stanza, asking for us to wrestle with “sudden ends of time” that “give us pause”?

By this point, of course, I was asking questions not of him but of myself.

And in a flash, I remembered: Not only had I read him “Year’s End,” but I had memorized it when he was a baby when I was desperate for something to do during feedings in the dark. I had recited it to him over and over. I had not thought of this in 18 years until he sat in my kitchen, eating pita chips.

Like my students after the summer, he will be different when he comes home at Thanksgiving. More grown, more mature. No longer on the brink.

And, I hope, ready to talk to me in the kitchen while I soap the dishes and salt the soup. I’ll be standing at the sink come November, just in case.

My Youngest is Leaving for College and I Just Have One Question: Who Am I?

Home / Articles / College/Off to College / College Freshman Year / My Son Is on the Brink of Adulthood, Have We Done Enough?
FacebookPinTweetEmail 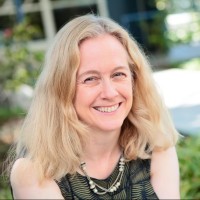 Sarah Cooper teaches history at an independent school just outside Los Angeles. In her spare time, she runs, listens to musicals and searches for good bakeries.

How to Help Your College Freshman When They’re Homesick

“I hate it here, I want to come home.” These are nine words uttered by a brand new college freshman that break a parent’s heart. We watched our kids work hard, we supported them in their journey to college, we dropped off an excited teen only days ago, and…now this. They are homesick. College freshmen…