As parents, we talk to our kids about drinking, drugs, sex, and anything else we think we need to in order keep them safe and healthy. But how many of us talk to our kids about cheating? If we aren’t, we should be. Cheating is an epidemic in America’s high schools and colleges. Everyone cheats. Okay, maybe not everyone. But today more students are cheating than not. 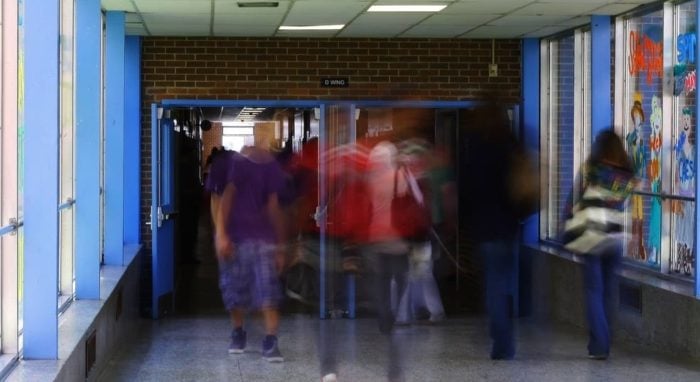 But cheating is wrong – probably more wrong than many parents have even considered. After all, even without the aid of the Internet and cell phones, those of us who grew up in the John Hughes generation, admiring Ferris Bueller and John Bender, probably cheated in high school too.

But today academic dishonesty is easier, more wide-spread, and more problematic, in part, because it isn’t even considered cheating. As a teacher, I often hear students brag about cheating as if it’s a game to be played. Who can come up with the cleverest way to cheat? Who can best outsmart the teacher? Who can get away with the most? At times it seems as if students take more pride in cheating than they do in actually learning or achieving anything. If this cheating trend continues, our culture and our kids could be in serious trouble.

1. Cheating is not a victimless crime.

When I discuss cheating with my students, I often hear comments like, “I’m not hurting anybody. So what difference does it make?” That all depends. The fact is, even good students cheat. In an article in The Atlantic, teacher and author Jessica Lahey discusses her email encounter with a serial cheater. This student was his high school’s valedictorian, editor of the school newspaper, a National AP Scholar, and was ultimately accepted into his college honors program. High achieving students are the ones who get into prestigious colleges and receive competitive, merit-based scholarships. Not only that, they receive letters of recommendation from their teachers. Their parents are proud of them. And people admire them. All of these rewards and accolades are not only the result of cheating, some are also gotten at the expense of other students – perhaps ones who did not cheat. Academic dishonesty gives cheaters an unfair advantage over honest students, and it misleads proud parents and dedicated teachers.

[Read next: Why parents need to talk about academic dishonesty, early and often, with their kids]

2. Cheating creates a culture of mistrust.

When we discuss cheating and integrity in my classes, my students are quick to point out that everybody cheats. They aren’t disturbed by this. But when I use Victor Dorff’s example from his article A World Without Integrity and ask them how they would feel if they knew their surgeon had cheated on her medical exams or their airplane pilot had cheated in flight school, they find that much more troubling. What about the guy who washes your dishes in a restaurant? What if he cheats and doesn’t use soap or hot water? What if the clerk fitting you for your basketball shoes cheats and gives you the wrong size? What if your teachers cheat and don’t bother to grade a paper you’ve worked on for weeks but instead just assign you a C? If we don’t see cheating as a wrong, soon we won’t have any reason not to suspect everybody of cheating. Why wouldn’t they? It’s no big deal.

3. Cheating leads to a cutting-corners mentality.

It’s clear from talking to my students that most of them do not see themselves as dishonest. They don’t even see themselves as cheaters – rather just kids who cheat in school. They don’t consider that the habits and work ethic that they are forming, or failing to form, now are likely to be the ones they will carry into adulthood. When we discuss workplace integrity, many of them don’t realize that slacking off on the job is actually a form of cheating, of stealing even. As a generation of cheaters they seem to have developed the mindset that if they can get away with it, it’s not really wrong.

4. Cheating is a broken window.

According the Broken Window Theory, small acts of disobedience and incivility – graffiti, turnstile jumping, and panhandling – lead to much more serious crimes. The idea is that if these small crimes can go unnoticed and unpunished, then maybe no one is really watching. Maybe no one cares. In the early 90‘s when the New York City police department, under the leadership of Police Commissioner William Bratton, began to implement the Broken Window Theory and crack down on smaller crimes, the city saw a 40 percent decrease in serious crime. Academic dishonesty is the broken window of American schools, maybe even of the millennial generation. If our young people have adopted a “nobody really cares anyway” attitude about cheating, it will likely be easier for them to adopt an equally casual attitude about more serious offenses.

One reason students cheat is because they value a letter grade or a test score far more than they value actual learning. They aren’t as interested in being truly educated as they are in receiving a diploma or a degree that makes it look as if they have been educated. But if my students and the data are correct and student cheating is at an all time high, then what does a diploma or a degree really even mean? It surely isn’t an indication of actual achievement. If students can get through high school or college without actually learning, what difference does it make if they even graduate? When millennials who got through high school and college by cheating are hiring and promoting then next generation, will academic achievement even matter to them? Or will they devalue the education of their children’s generation the way they have devalued their own?

I don’t mean to be too hard on millennials and homelanders. They didn’t just wake up one day and decide to become cheaters. They have grown up in an educational system that places an inordinate value on test scores. Academically inclined students have felt tremendous pressure to excel. And non college-bound students have been held to most of the same rigorous (and to their minds, meaningless) standards as their college-bound peers. Our kids are disengaged, disillusioned, and overwhelmed.

Certainly teachers, parents, and the educational system all bear some of the blame for the cheating mentality that has taken hold of our kids. It will most definitely take the efforts, not only of the students themselves, but also of every adult who cares about kids to shake loose that hold. Parents need to teach their children from a very early age that cheating is wrong. We need to teach it in the same way we teach them about drugs or smoking or stranger danger. Teachers must teach students what constitutes academic dishonesty and be more vigilant about catching cheaters. We have to hold them to a higher standard of academic integrity. And our educational system must stop treating kids like sources of data to be mined and instead instill in them a passion for learning, for true education.

“I’m going to burst” blurts my husband, the planes of his face tight with anger. “Maybe we should stop him working, prevent him going out, or switch off the Wi-Fi.” I can feel the heat of frustration radiating from this normally placid man who is on the brink of volcanic eruption over our son. “Do…