When I was in college in the early ’90s, I worked at a summer camp where well-meaning counselors saw it as our job to encourage campers to be brave and to try new things. We cheered. We encouraged. We cajoled. And if I’m being honest, sometimes we pressured—maybe even low-key bullied.

Whether it was trying to convince a kid to take a turn on the zipline, flip off the diving board, or sing in front of an audience, we were told it was our responsibility to push each camper to do and be their best.

Maybe it’s because I’ve always had a tendency toward playing it safe myself, but a part of me was uncomfortable with these high-pressure tactics, and I’ve wondered since what the difference is between actual bravery and just doing something to seem brave.

Is it really brave when you’re just giving in to peer pressure?

What is the difference between digging deep to find strength or courage and simply giving in to pressure? Does it matter if we are really challenging ourselves or if we are simply acting out of fear of being judged a coward?

While it’s true that getting outside one’s comfort zone is crucial for growth and self-confidence, there’s also something to be said for being confident and brave enough to say, “No. This isn’t for me. It isn’t something I want to do right now.”

We live in a world that celebrates risk-takers and boundary-pushers. We champion people who try new things, challenge themselves, and work hard to be the best at whatever they do. And so we should. No question the world needs those kind of people.

We should champion our kids no matter who they are

The challenge for parents is helping our kids know what kind of people they are and then celebrating and championing them no matter what. That’s easier for parents whose kids are go-getters. After all, we are a generation that has embraced the idea that our kids need a passion, and it’s our job help them find it. And once they have found that passion, it’s our job to fund and fuel it.

But what is our job if our child isn’t always a doer or isn’t necessarily a joiner, if she isn’t particularly adventurous or driven? What about the kid who is perfectly happy being average or isn’t all that keen on trying new things? In a world that emphasizes success, achievement, and guts, how do we encourage and accept kids who don’t?

Perhaps our first challenge is to figure out why. What makes a kid reluctant to try something new or be content with good enough? If the answer is fear, anxiety, or a lack of self-confidence that’s one thing. It means helping that child overcome her fear or build his confidence through challenging experiences, offering chances for success, or even therapy—whatever it takes.

What about kids who are simply wired to be low-key?

But for kids who are simply wired to be more low-key, a different approach is necessary, and it is counterintuitive to our cultural norms. Rather than encouraging low-key teens to do and be more, it’s a parent’s job to accept, encourage, and even celebrate these kids just as they are.

“No, I don’t want to upgrade my workout routine.”

“No, I don’t want to try out for an elite sports team.”

It’s tempting to see this as letting kids slide or as not encouraging them to reach their full potential. To be sure, it’s a balance. Complacent kids might need a bit of a push now and then to try new things or get out of their comfort zones. It’s important to help them discern when they are being selective about how they spend their time and when they are just being lazy or fearful. But to see kids who aren’t always striving or who don’t embrace change as “under-achievers” sells them short and ignores their unique gifts and abilities.

Not only that, this mentality sets an expectation for all kids that is similar to the one at my summer camp—”If you can, you should—even if you don’t want to.” This way of thinking can lead to stress, anxiety, and even poor decision making, and it prevents some kids from getting to know themselves and what they truly are passionate about.

It isn’t always easy to figure out when to push teenagers and when not to. The key is knowing your kids and establishing an open dialog about interests, emotions, and expectations (theirs and yours.) After all, we all want what’s best for our teens even if the best is “No thanks, that’s not for me.”

At the AP fair in my son’s high school I listen to the teachers list their expectations for students who will take their classes next year. I have been through the rigmarole before, with my first born who is now in college. This time though, I listen with the ears of one who has been…

If I surveyed 100 parents of high school juniors and seniors today, and asked them to define a successful high school career, what would you think their answers would be? What some parents define as success for their teens A 7.0 GPA!? (Yes, that exists, but we’ll get to that later.) A transcript flooded with… 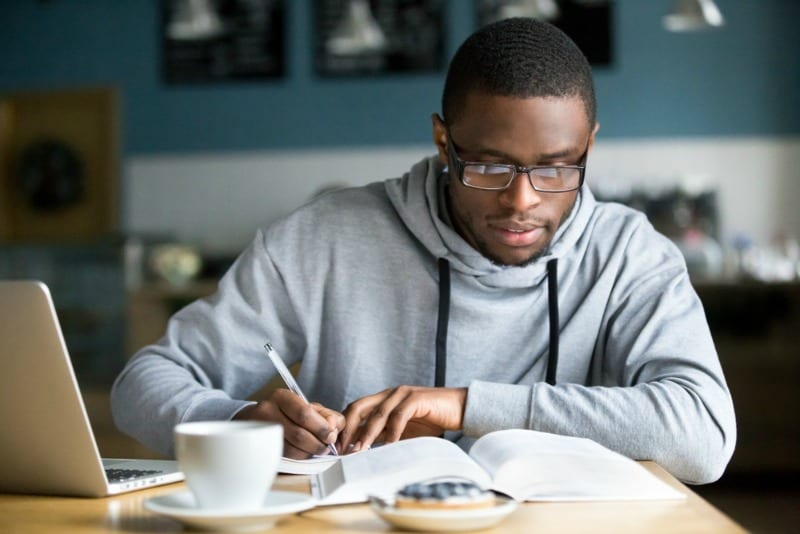 Is Starting College With a Ton of AP and Dual Enrollment Credit Hours Really a Good Thing?

If you surveyed the average high school senior right now, and asked them how many college credits they’ve earned already, you’d be hard pressed to find someone who answers “zero.” As a matter of fact, you’d probably be quite surprised to hear many students brag about having 12, 18, even 30 college credit hours already… 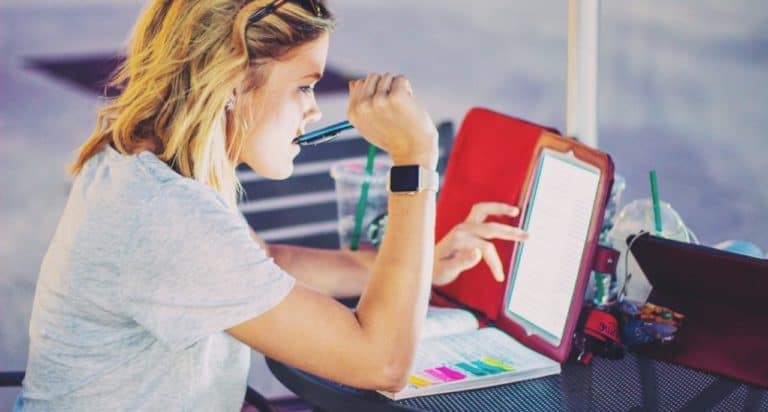 Dual Enrollment courses have been offered for well over a decade in many states. I’m a big believer not only because I graduated high school with 18 units of dual credit back in 2006, but also because of research that shows how it can help students earn a college degree. Studies suggest that taking college… High School Teacher and Mom of Teens: 10 Ways to Get Your Teen Reading Again

My kids used to love to read books. One of our weekly errands was a trip to the local library so they could pick out books. We would load up our library bag with every picture/chapter/tween book we could find. Then, they would plow through those books as fast as they could. They loved reading…