On almost every parenting site I visit, there seems to be a general theme I see repeatedly. A parent poses a parenting question to the group about their 18 or 19-year-old child, and the comments pour in along the lines of, “They’re 18, time to let go!” Or, “They’re an adult, not your choice.”

It strikes me as odd we’ve gone from a generation known, and not positively, for intense helicopter parenting, to a screeching parenting halt when our kids hit the magical age of 18. I’ve seen everything from, “He’s 18, so I can’t stop him from getting a tattoo” to “She’s gotta figure that whole career choice thing out herself, she’s 18.”

Who even decided 18 was the legal age for becoming an adult anyway? And why?

That set me searching, and I found a bevy of interesting answers, starting with that’s when a squire has deemed a knight. I could only ask myself, “Really, we’re basing when a child becomes an adult on a data point from medieval times?”

Wikipedia even proudly declares that the legal age, also known as the age of majority, should,

not be confused with the age of maturity, age of sexual consent, marriageable age, school-leaving age, drinking age, driving age, voting age, smoking age, gambling age, etc., which each may be independent of and set at a different age from the age of majority.

So let me get this straight. We’re leaving our 18-year-old seniors responsible for permanently marking their bodies with tattoo ink, but we’re wise enough to prohibit them from drinking or putting a quarter in a slot machine?

So as much as I’m willing to let you do you as a parent, here’s why I won’t be abdicating my parental responsibilities anytime soon.

Should we really be giving full reign to an 18-year- old?

According to research published by the National Institutes of Health, a child’s brain doesn’t fully develop until they hit 25. Their study shows many alarming things that young adults are susceptible to below that age.

For example, “the major cause of death among the teenage population is injury and violence related to sex and substance abuse.” Or the fact that gamma-aminobutyric acid neurotransmission isn’t fully functioning in adults under 24 can be responsible for impulsive and immature behavior that leads to poor choices.

Suppose you’re turning over all adulting, defined by the Urban Dictionary as “the tendency to do grown-up things,” to your child who just hit 18 or 19. In that case, you’re essentially turning over executive functions to a prefrontal cortex that isn’t fully equipped.

This part of the brain is linked to how we make critical decisions, how we determine right from wrong, the development of our personality, and how we socialize.

It’s really no different than feeding an infant whole food before they’ve learned to chew.

So, if you’re into the science of things, a child isn’t technically an adult until they’re 25.

Financial independence is a requirement of adulthood

According to a poll by Bank of America and USA Today, only 27% of respondents felt they were adults at 18. Why? Overwhelmingly, they answered that they weren’t financially independent, which they felt was a requirement of adulthood.

It’s no surprise that most 18-year-olds aren’t moving out of their family homes senior year to set up their life with their five-figure job, their own home, and their vehicle. And that means they’re relying on mom and dad for money, whether it’s to attend college, live at home and attend a community college or trade school, or rent while trying to get on their feet.

In a recent article, I wrote about why we’re having our child sign a contract for college outlining our expectations. Yes, our 18-year-old will still be responsible for following our rules, and no, it’s not holding him financially hostage, it understands the value of expectations.

All sorts of research have been done to establish that parents with high expectations have children with greater academic and social outcomes. A “hand’s-on” parenting approach is linked to helping teens say no to drugs.

My House. My Rules.

Another frequently asked question on parenting sites follows something like this. “Bobby has been out all night and hasn’t checked in. I know he’s 19, and I can’t force him to be home by curfew, but what can I do if this isn’t working for us?”

Wrong. You can enforce a curfew and absolutely should.

So no, I won’t be signing off on parenting my 18-year-old any time soon, and for him, I’m sure that will come with a healthy dose of what I’m sure he deems good and some bad. Yes, I will be paying his college tuition. And, no, he won’t be getting a tattoo.

The Legal Documents You Need When Your Teen Turns 18 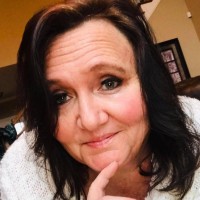 Beth Renner Regrut is a marketing/advertising executive and freelance writer. She has won numerous awards for her writing, including her most coveted the Silver Quill Award for “Best Business Writing” from the International Association of Business Communicators. She is a frequent contributor on the subjects of self-care and wellness, addiction, learning differences, and home improvement. Beth currently resides in Louisville, Kentucky with her husband and son.