It is not a question, but a statement.

He is not really mad, but not really happy either. He is also not alone. My recently published Grown and Flown essay pokes fun at life with my three sons, comparing our days and nights to an imaginary life with a perfect daughter.

The fantasy girl I describe is kind and gentle, with a maturity that is born not of my womb, but of my pen. My pretend daughter is exaggerated far beyond reality.

My essayed sons are two-dimensional. They burp and fart, arm wrestle and do perfect half gainers into the pool. They do little of anything else.

Social media gives me a whole lot of thumbs up on my essay. I gleefully read responses from moms who appreciate the humor of imaginary children and the ease of raising them.

Along with the encouragement, however, there is some criticism.

“Enough with the neanderthals,” writes one commenter.

The negative commenters quiet down.

They leave me alone.

But they are not happy, I feel it.

Neither is my son.

“When your mother writes an essay about a child she’d like to have instead of you, it is hard not to be offended,” he says.

He walks away, back to his life as an angry young man, a teenager teetering on the brink of adulthood, discovering who he is and where he fits in the world around him.

I didn’t consider his reaction when I published my essay, but he is right in his frustration. It is unfair to make a mockery of him, of his brothers.

In this world of #metoo and Time’s Up, I need to be more careful with my words, my stereotypes, even when they are in jest. When I read about women who have been sexually harassed, abused, or simply treated unfairly, I feel a personal responsibility, as a mother of sons, to send men into the world who do not contribute to the belittlement of others.

In order to do that, it is important to stop the male bashing.

Stop the “boys will be boys.”

Back in my imaginary days, before motherhood, I expected — hoped even — that at least one of my children would carry two X chromosomes, grow two perfect pigtails, wear sparkly toe shoes and prom dresses.

I don’t know why I had this overwhelming need to produce a girl-child; I’m not a sparkly toe shoes type. I guess I wanted to recreate the relationship I had with my own mother.

I did not know what would be possible with a son. I did not realize that a relationship between a parent and a child can be cultivated, grow and change and mature, regardless of gender.

So I would tell my son, if he would listen, how much I’ve learned from the family I’ve been given, the XY chromosomes that surround me, the short hair, the long sweatpants, and, yes, the occasional toilet seat left in the up position.

While those visions of pink danced in my head, I would say, you were the child who grew in my belly, and upon arrival, let out a tremendous howl and then nestled into me, an extension of myself.

You taught me to be a mother, not of a boy or a girl, but of my child.

With each tooth that painstakingly grew into your sheepish grin, together we smiled, and together we cried. We learned patience, as those legs of yours scooched, then crawled, then walked.

With tremendous pride, I waited as your first unsteady steps ended in my arms. I marveled at a feat mastered by many, but never before by a child of mine.

As you grew, we would together discover the love of baseball, the subtleties of the pitcher’s movements, the catcher’s signs.

“Watch this,” you would say, anticipating a steal of second or a slide to home.

Sitting before the TV, Dad away on a business trip and tiny brothers sleeping in their beds, you and I rejoiced as our beloved Red Sox dominated the Yankees. We hugged and we laughed and we screamed, “We won!”

Would this have happened with my anticipated daughter?

Or another child, without your blue eyes, your temperament, your quick wit?

I am not sure.

But I will forever remember experiencing it with you.

You taught me, my oldest son, that it isn’t just girls who have very best friends, who share friendship and laughter, who look out for each other.

When I see you with your crew, playing basketball or sitting on our front steps, I am overwhelmed with gratitude for this child I created, for the connections you have made, the love and loyalty you profess for your boys, your second family.

I don’t know if a daughter of mine would hold hands and skip down the street with her very best buddy, as I did with mine, but this band of brothers from other mothers is bigger than my dreams.

You have grown to share my love of debate and heated conversation, as together we sit for hours, discussing politics, the economy, how to get out of the environmental hole we have collectively dug.

We tell stories, some over and over again, and share memories, hopes, dreams, both yours and mine. As we talk, I recall my own mother, and wish she was here to witness it, to witness you.

When my second son, your brother, was born, and as he grew from toddler, to boy, to young man, he taught me that my own uncanny ability to purchase the perfect presents has nothing to do with chromosomes.

I expected that since I did not bear a daughter, I would be alone in my love of gift giving.

I have learned that caring and compassion do not know gender.

Together, my middle son and I anticipate Christmas tree decorating and Easter Egg hiding.

In my pre-parent arrogance, I assumed that it was my femininity that drew me to traditions and rituals.

I was wrong to assume that gender makes a person thoughtful and eager to please.

These traits, I now know, are owned by individuals. Someday when I live with you only in spirit, I do not need a daughter to carry on the family customs we have built, for I have my sons to do that.

And just when I thought I’d learned everything about the male of our species, my youngest son was born.

Your youngest brother has taught me that strong will and determination are not male traits or female traits but his traits. His drive for perfection is not to be parodied, but to be admired.

Yet these qualities alone do not define him, for when he stops moving and ball bouncing and pull-up attaining, my youngest boy weaves fantastical tales that make me smile and laugh.

It is he who will carry on my love of never letting the truth get in the way of a good story.

This youngest son makes me cry, also, until I shake my head in exhaustion, realizing that it is not easy to grow up, regardless of your gender.

I would tell my oldest son, if he would listen, that I am certain I am not done disappointing, embarrassing, not living up to expectations.

But I am also not done learning and growing and becoming the person I hope to be, who looks beyond gender, beyond expectations, and sees individuals and a world of which we can both be proud.

To The Moms of Grown Sons: What We Want Them To Know 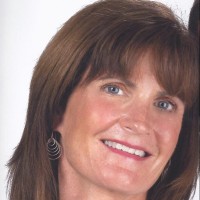 Maribeth Darwin is a freelance writer from Melrose, Massachusetts. She is a Technical and Marketing Writer by trade, but prefers telling personal tales. Her three sons, and favorite subjects, continue to grow taller, wiser, and kinder than she thought possible. Maribeth has published essays in BrainChild and BrainTeen Magazine.