My 17-year-old is a good kid. A far better person than I was at his age. For the most part he gets decent grades, has nice friends, thinks vaping is dumb, and to my knowledge, has never been drunk.

He has never run away, snuck out of the house, bought a dime bag in the woods, made out in a car with a complete stranger five years older than him-all the things I managed to accomplish before my 16th birthday. (In my defense it was the early 90’s.)

I remind myself of my son’s basic goodness when I hear myself complaining “Who are you Snapchatting with now?” “What’s the passcode to your phone?” and the most famous sentence in my house, “Why are you being so nasty with me?”

It’s easy to forget how we felt about our parents

Still, it’s easy for me to forget a time when I myself hated my parents, longed for my freedom, and felt destined to marry any member of Motley Crue, except for Mick Mars.

How cool we thought we were, my friends and I, blasting Guns n Roses’ Patience in our parent’s basements, smoking Virginia Slims, and taking pictures of each other giving the middle finger with throwaway cameras. With time on our side, we vowed not to be like our parents. We would remain forever cool, never abandoning our Doc Martens, sloppy flannels, and “question authority” mindset.

But here I am, raising teenagers. Flapping my arms frantically in a rough sea, bemoaning the eye rolls, the grunting, the screen time, all these new apps, the price of Nike’s Air Force 1, and trying to figure out what the hell GOAT means. Despite my floundering, and my obvious uncoolness, I really do believe one thing.

The kids are alright.

Every generation thinks their generation was the best. I can clearly remember hearing my parents muttering the phrase “kids these days,” when I was a teenager. I too sometimes find myself chiding my sons about how much better things were in the 80’s and 90’s, and after devouring three seasons of Stranger Things, they sometimes agree how awesome it must have been to grow up without the modern trappings of the internet.

How nice it would be to ride your bicycle without a helmet to the local deli and buy your mom a pack of cigarettes and the latest issue of Cosmopolitan without someone calling protective services.

I try hard not to pit my generation against theirs

As much as I loved my free range generation, and as much as I miss Nirvana, I try hard to avoid pitting my generation and my children’s generation against each other. Sometimes I’m bemused by what engages and motivates my kids, other times I’m genuinely confused. More times than not, I see a real value in the way kids are navigating themselves through life. They don’t have it easy.

School is intense, extracurricular activities are consuming, many kids are juggling part time jobs, and they have to wake up for high school so damn early. Our teenagers are dealing with their online persona, internet bullying, preparing for college, and they are doing so as our world suffers from an opioid crisis, gun violence, racism, the pressure of social media, and now a pandemic.

Folks, that’s a lot for young minds to digest. The last thing our teens need is to have adults constantly putting them down.

Let’s stop putting their generation down

Often, I find myself defending this generation, clapping back at the insulting memes that flood my Facebook feed that poke fun at our young people.

“They’re self absorbed,” the masses whine.

“We didn’t dress like that in my day,” they grumble judgementaly.

Guys we lived through the 80’s wearing spandex and neon!

Teenagers can be maddening. They are messy, sometimes lazy, often mouthy, and push against the rules. I imagine many parents have similar feelings and struggles as they try to teach and guide young people onto a positive path, while loosening the reins and let the people they care most about find their own footing in the world. And they’re going to muck it up sometimes. But I find putting down a generation of kids is demeaning and damaging to their self worth.

Our kids are really amazing

Personally I’m amazed by these kids.

I’m tired of teenagers being labeled with negative terms such as apathetic, soft, snowflakes.

Have you heard Greta Thunberg speak?

Did you know Millie Bobby Brown is a UNICEF goodwill ambassador?

Have you ever listened to the fresh, melodic sound of the unique band Laundry Day?

As a whole, today’s youth are informed, passionate, and far more inclusive and open minded than previous generations. They embrace uniqueness, celebrate weirdness, and create the best memes.

It’s time to curb the unfavorable mindset we have about teenagers, stop believing our generation was superior, and start looking at these kids in a different light.

Because the kids are really alright, in fact, they are better than alright.

Ten Things Teens Wish Their Parents Knew About Them 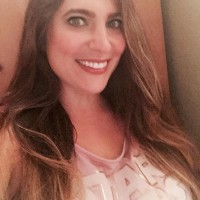 Hailing from New Jersey, Claudia Caramiello is a certified pharmacy technician by day, freelance writer by night, and mother of teen boys both day and night. She survives single motherhood on coconut Redbull, humor, and listening to Twenty One Pilots. Her articles have been featured on Scarymommy, Her View From Home, Bluntmoms, Sammiches and psych meds, Elephant Journal, and Moms & Stories. Find her on Facebook at Espresso and Adderall or on Instagram.