The excitement. The angst. The drama. The preparation. The parental stress levels.

Yes, I’m describing a high school rite of passage — but, no, it’s not the college admissions process, the driver’s test, or the graduation ceremony. Of the many milestones in high school, prom is perhaps the most fraught. It’s fraught for the kids, who want to find a date, look good and have fun. It’s doubly fraught for the parents, who are hoping for all of that for their children as well — and that their kids stay safe and sober.

In the course of one evening, while teenagers (presumably) are dancing the night away and making lasting memories, parents run the emotional gamut from sentiment (“wasn’t he just a baby yesterday?”) to pride (“she’s so grownup!”) to suspicion (“I need to check that so-called “water” bottle”) to nail-biting apprehension (“it’ll be ok it’ll be ok it’ll be ok) to panic (“omg… he’s got the tux — check. Frontal lobe? Uhh. Not so much”) to relief, when it’s finally all over and your teenager makes his or her way home — yawning — late that night or the next day.

Even for seasoned parents who have so much behind them — toilet training, schoolyard bullies, middle school (ALL of middle school), team tryouts and everything else that goes along with shepherding a small child to young adulthood — it’s a lot.

And so here are a few tips to help you get through prom without jumping in the limo yourself to keep an eye on things. (Hint: don’t do that.)

The expectations around prom night are often more than a little bit out of whack. It holds an iconic status in popular culture – there are over 200 movies in IMDB with the word “prom” in its title, and over 150 characters known simply as “prom date.” Interestingly, movies from Carrie to Mean Girls to 10 Things I Hate About You depict prom night as anything but an experience of unadulterated bliss, but the myth that prom night is “the” night in a teenager’s life persists. Remind your child that the focus should be on having a fun night with friends.

Aside from inspiring memories and stories for years to come, the only other sure thing about prom night is that those don’t come cheap. Although according to the credit card company Visa, in 2014 the average cost of prom dropped 14 percent, we are still talking a nearly $1000 night in several parts of the country, and over $1000 in the Northeast and on the West Coast. The same survey found that parents cover more than half (56 percent) of prom costs, while their kids pay the remaining 44 percent.

There are several ways to cut costs, including shopping second-hand stores for dresses, borrowing a tux from dad, planning a potluck instead of making restaurant reservations, buying your boutonnieres and corsages at a grocery store instead of a florist. Figure out your family’s budget, and stick to it. I teased my daughter a couple of times, saying, “It’s prom, not a coronation, but if you want me to call you milady that day, I can try to remember.” She would react with perfectly executed, “I KNOW, MOM,” and flounce away, but it served as a light reminder. “I think people are realizing that prom is a dance, and you don’t have to spend like a celebrity to have a great time,” Nat Sillin, Visa’s head of U.S. Financial Education, said in a statement.

Note, this tip isn’t “have that conversation.” What is a parent to do besides pace back and forth, desperately wanting to call, text, or most embarrassingly, drop in on the prom?” asks parenting and education expert Rosalind Wiseman. Talk, talk, and talk to your child.

Ideally, you and your child have been talking about drinking, drugs and sex intermittently throughout high school. But don’t just lecture. Talk to your child about their feelings about the prom — excitement, tolerance or indifference — and try to just listen. “Think little chats – not one big marathon,” says parenting expert and Today show contributor Michele Borba.

No matter how impressively your teen rolls her eyes when you bring up the topic, safety is no idle concern.There are breathalyzers at the door of many proms these days, and no doubt you’ve heard the stories about kids being taken from the dance to the hospital by ambulance for alcohol poisoning. Even those who don’t wind up in the emergency room are often having more than they ever have before. Mothers Against Drunk Driving and Chrysler found that nearly 75 percent of teens felt pressured to use alcohol while another 49 percent said their friends encouraged them to try drugs during prom.

What can you do? Lock up your liquor cabinet and keep stock of its contents months in advance, recommends Wiseman. And don’t forget, parental influence matters: According to another survey from MADD, teens whose parents view underage drinking as totally unacceptable are 80 percent less likely to drink compared to their peers whose parents are more lenient about it.

And then there’s the driving. According to AAA, 84 percent of teens surveyed said their friends would be more likely to get behind the wheel after drinking than to call home for a ride (if they believed they’d get in trouble for using alcohol). Wiseman says: “I continue to be shocked at the vast amount of teens who would rather potentially risk their life than call their parents for help. Explain to your teen that if they are in an unsafe situation – even if every set of rules/morals/values that you have tirelessly instilled in them have been broken – that they can still call you.”  In fact, Borba asserts, “I swear the best money spent on prom night is not the dress or tux or hairstyle but renting a limo.”

Talk to the parents of the kids in your kids’ group. Many kids master the strategy of informing their parents about a plan that ALL the other parents have ostensibly agreed to by 8th grade — even when “all the parents have agreed to this” only in the kids’ fantasies. If the adults are all communicating, this won’t happen. Come up with a plan, and establish boundaries. Circulate a list with everyone’s numbers —all the kids attending the prom, and all of their parents (with any luck, one of the kids in your child’s group will take this task on without being asked, but there’s no harm in nudging or creating one yourself if necessary.)

If you’ve done all of the above, this final tip should be no problem. Take tons of pictures, laugh over your own prom memories, pass the tissues, and take a deep breath. Even if the dance winds up leaving something to be desired, it’s an unforgettable night, your child is on the cusp of adulthood, and there is excitement in the air. It’s a night you can fully appreciate — in a way you could not at your own prom — the words of William Wordsworth, that to be young is “very heaven.” 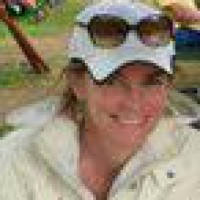 Maura Mahoney is a writer and editor who lives in the suburban Washington, D.C., area with her husband and three teenagers — one in college and two who are heading to high school in the fall. She has worked in the publishing industry for over 20 years, including stints at Reader’s Digest and CQ Weekly Report. Her writing has appeared the New York Times, Bethesda Magazine, The Baffler, the ExaminerDC and Chevy Chase Patch.