Recently I was at the bank to move funds around. The teller asked (probably according to a training script), if there was anything wrong with the accounts.
“Not at all,” I said. “I just use this one to pay tuition bills.” She smiled and asked, “Which college?”
I told her where each of my sons were going.

“What years are they in?”
I was so hoping she wouldn’t ask that.

“One will be a sophomore.”
Then I paused. Stalling. I still haven’t found the best way to answer about the other son, so I went with my default: the truth. “The other is in his fifth year.”

The teller seemed to sit up taller, adjust her posture, and then crowed, “I told my kids: I’m paying for four years and that’s it. After that, you’re on your own.” She added that all her kids had indeed graduated in four years.

My husband and I are obviously paying for more than four years of college, and I’ve got a message for parents like her who announce that they wouldn’t do that: Good for you. So glad that worked out. No, please stop telling me about it.

Perhaps these parents mean well, but it only sounds and feels like judgment, a negative commentary on my parenting. As if I got a central tenet of young adult parenting wrong, and they were wiser, smarter, more financially savvy, and less tolerant.

[Read Next: Note to Self on Parenting College Kids]

It’s nice that your kids graduated right on time. Me, I’m having a different experience.

So could you stay quiet about your “success?” It would be helpful, and also kind, tactful and just plain nice, if you didn’t tell me that you wouldn’t do what I’m doing. I’m not asking your approval. But do I need your voiced disapproval?

I seem to hear this paying-only-for-four-years pronouncement exclusively from parents whose kids have already graduated, or are sailing through, top grades and no hiccups.

For once, I said nothing, in reply to the teller. I went silent. The last thing in the air between us was her boast. Her condemnation, really, of the decision my husband and I made to pay most of our child’s tuition until he completes a degree.

There are reasons. There was…No. I shouldn’t have to list reasons. They are no one’s business. Not the friends who inquire at barbecues, nor the relatives who ask at funerals and weddings. Certainly not strangers at the bank. Up until then, each time someone bragged about their four-years-and-out policy, I had tried to explain.
No more.

[Read Next: I Wanted My Son to Be Happy But On My Terms]

Anyway, to me, their policy says more about what parents—not a child—achieved, some summit of parenting inflexibility I don’t aspire to. What in fact are these parents trying to tell me? Anything useful to me now? Do they not hear me say that my child is already past the four year mark?

I understand that for many good reasons it’s preferable to complete college in four years, finances chief among them. So could their statements be a veiled comment on what they perceive as my family’s bulging bank account? Ha! Every semester’s bill is a struggle. My husband and I are both self-employed, without pensions, in businesses not known for hefty paychecks; we understand what’s involved in making tuition dollars accumulate. So do our kids—who have jobs and student loans, too. We’ve chosen, eyes open. I don’t need to hear at this late point that we’ve chosen poorly.

If you are one of those parents whose child did precisely what you demanded (though that child might have finished on time anyway), consider keeping it to yourself, instead of hinting to me that I did something lax, irresponsible, short-sighted.

Maybe, you could say something encouraging, like, “I’m sure he’s working hard.” Or, “It will be worth it in the end.” Maybe, “Your support must mean a lot to him.” Or how about this: say nothing. Smile and keep your tough-love parenting policies to yourself.

After the bank teller, I decided the next time someone asks the college year status of my hard-working, dedicated, much-loved child, I plan to change the subject. Tell them their blouse is a pretty color. Muse about the weather. How ’bout them Knicks?

The length of my child’s college career is nobody’s business, nor is it anyone’s right to judge why we’re doing what we think is right. For my family. My kid.

March Madness With My Son: Why I Love this Crazy Month

Home / Articles / College/Off to College / College Parents / I’m Paying for More than Four Years of College. So What?
FacebookPinTweetEmail 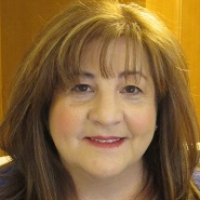 Lisa Romeo is the author of the forthcoming book, Starting with Goodbye: A Daughter's Memoir of Love After Loss (Univ of Nevada Press, May 2018). Her work is listed in Best American Essays 2016, and she's written for the New York Times, O The Oprah Magazine, Inside Jersey, Brain Child, Full Grown People, Motherwell, L'Anne Hippique, and many other places.