A form letter came today from the Dean for Freshman at the university where my son just completed his first semester, and I have to admit that although, at first glance, the letter appeared to be written in my native tongue, it took several readings for me to get to the bottom of what they were trying to tell me (and all the other parents).

The end of the semester is almost here and your students will be returning home for the semester break shortly. It is natural for you to want to know what grades to expect for the courses taken this semester. Although overall grades may be fine, do not be surprised to learn, that despite much effort, some grades may be lower than those received in high school.

Translation-We know that you think your child is a genius and should be earning all A’s but not so fast, because as it turns out, the world is an enormously competitive place and when you’re running with greyhounds, you may no longer be the fastest dog in the pack. So, if your child got B’s and C’s instead of A’s don’t sweat it.

Moreover, initial academic and or career choices may be changing due to newly discovered interests and a better understanding of your students’ strengths. This semester has been a time of growth, change and learning for your student.

Translation-It has come to your freshman’s attention that partying, carousing and staying up till the wee hours of the morning turn out to be much more engaging and entertaining than actually going to the library and studying. Also, it’s hard to get up for classes when you’re out all night. Your child’s freshman year dream of becoming a doctor-well it may be time to rethink that whole situation. Shockingly, it turns out that chemistry is actually really, really hard.

Your students may appear to be different people from the ones you sent off to college. You may notice them questioning and even challenging many traditional values, cherished family beliefs, parental expectations and rules once easily accepted.

Translation-Your child is probably going to be a class-A jerk when he gets home. He thinks that because he is “independent” at school he no longer needs to follow house rules. Do not expect “traditional values” such as thoughtfulness, obedience or respect to have a major impact on your freshman’s behavior.

I would like to wish you and your family a wonderful holiday season and a happy new year.

Translation-Oh my God these kids are insane. Thank goodness a million times that they are YOUR problem for the next month. I seriously need this break.

There is an addendum I would make to the Dean’s letter, if I may, and this is directed to the students who are soon to be homeward bound:

The home you are returning to is not the home you left three months ago and the parents and siblings who wept as they hugged you goodbye are not the same family you left behind. In your absence, they too have had a period of growth and change and they may chafe at your presence a bit because when you gained your independence, it turns out they did as well. For three months, there has been a certain peacefulness in their homes and from that blessed hush emerged quiet voices, those of your younger siblings who used this opening to declare themselves.

Translation-It may astonish you that even parents can evolve. You may not be the child we sent away, but neither are we the parents who sent you away. Although, he rarely had an opportunity to demonstrate it before you left, it turns out that your little brother is a delightful child with a strong, smart and interesting voice and it’s a pleasure to hear and see him blossom.

If we respect each other’s evolution we will all get along just fine.

We love you and can’t wait to see you.

Clean is Sexy and Other Advice for Sons: Holiday Edition 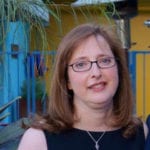 Helene Wingens is a mother of three boys, wife, daughter, friend and sometimes writer. With 50 in the rear view mirror, she is trying to figure out if there is a second act. Part of this effort has included Helene’s blog, Figuring It Out. Helene may be reached at HeleneW123@aol.com and she can be followed on twitter @HeleneW123.

Home / Articles / College/Off to College / College Freshman Year / “Dear Freshman Parent,” You Need to Know THIS About Your Student
FacebookPinTweetEmail