My son was in the 4th grade, he came home from school with a note for me from his teacher. The note was a request for an immediate conference to discuss the fact that my son had turned in no classwork during the 3rd marking period of school. In that same backpack, on that same day, was another note from the school for me. That note was from his principal, and was effusive in its praise of my son’s kindness, poise, and generous spirit. That note ended with a request for my son to represent the school at a high-profile public event.

Yes, that day really happened, and yes, those two notes from school perfectly sum up my middle son and his relationship with school.

My son has never liked the school part of school. He doesn’t have the temperament for it, and so, school has been a constant source of stress for him since, basically, the second day of kindergarten.

[Read Next: 6 Things I Want My High School Junior to Know About This Year]

He has a ton of talents and skills – he’s smart, he’s charming, he’s fun, he’s kind, he’s funny, he’s inclusive. He can make a party appear out of nowhere, and everyone is always invited. The part of school that is all about friends and activities, he is awesome at. It’s the sitting still, paying attention, and having to read boring stuff that is torture for him.

4 Ways to Help a Kid Who Hates School

Accept It
To begin with, I have learned to accept the fact that my son hates school. Note that I did not say that he hates learning because he does enjoy learning. I’ve seen him learn all sorts of things from how to shred mountains of pulled pork to how to do improv to how to make a website. But, he finds sitting still difficult, and that makes sitting at a desk and taking notes very difficult which makes school almost impossible.

Be a Hands-On Mom
Being a hands-off mom isn’t for moms who have kids who hate school. My husband and I used to be shocked and sometimes angry at our son’s ability to sleep like a baby in spite of the fact that he had an unfinished project due the next day. I learned to be more aware of the assignments my son had coming due, and to help him manage them because – no surprise, yelling and being angry after the fact didn’t help at all. I learned through experience to help him manage his homework assignments before they felt overwhelming.

[Read Next: What Happened When My Spirited Child Grew Up]

Get Help
I learned that he needed a safe place to escape to during the school day. We got him an in-school tutor beginning in middle school, and he was able to see his tutors for not only academic guidance, but also for a breather from what seemed to him to be a relentless demand to sit still, be quiet, pay attention. Those tutors were such good people, and they played a huge part in my son being able to get through the school day.

School Isn’t Forever
Most importantly, I learned, that there are things more important than school. School is necessary, but it isn’t the only thing. Once school is finished, real life begins, and the skills needed to succeed at life, my son has in abundance.

My middle son is in college now. He is beginning his senior year which means he can see the light at the end of the tunnel. I am so proud of his hard work and his ability to overcome his distaste for school, and I know he has what it takes to make it through to the end.

That long ago day when he came home from the 4th grade with those two different letters, I could see that we were in for some heartache as far as school was concerned, but I also got to see something else. I got to see that those other skills my son has will open doors and take him far. It’s hard to believe, but he’s almost there. He’s almost at the place where school doesn’t matter any more, and he can do what he does best. I will be so happy for him when that day comes.

Lessons for a 9th Grade Son

Whoever Said that Raising a Boy Is Easy? 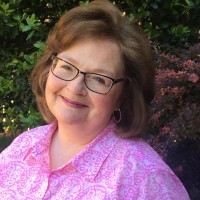 Maureen Paschal is a tutor, teacher, librarian, and a mom to four almost grown kids. She has learned the hard way that teachers don’t always give birth to kids who are great students. Join her as her last child navigates the teen years, and as she zigzags between realistic expectations and hopeless despair! She blogs at Raising The Capable Student, and you can find her on Facebook and Pinterest. She is also a top contributor for Today Parenting. 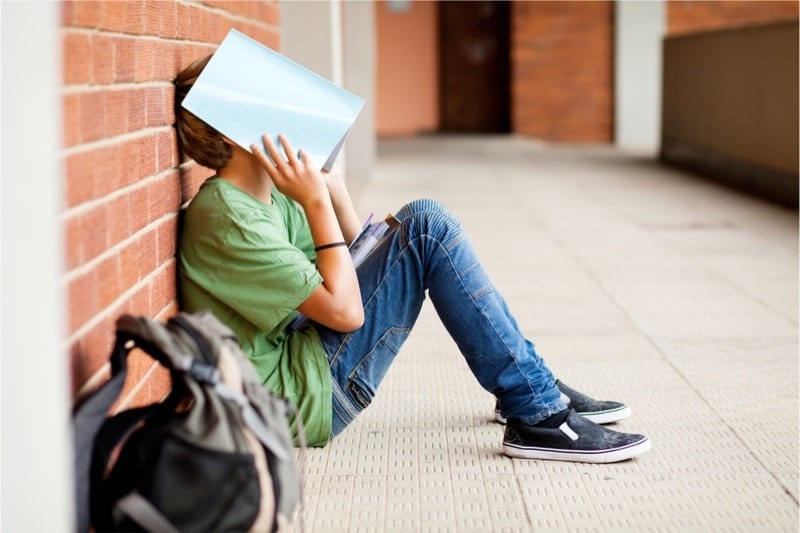 My fourth child started middle school recently, and since I’ve been through this before, I had few worries and anxieties about it. I know that he’ll considerably mature socially and physically in just three years, and he’ll be challenged in ways and with interpersonal scenarios that elementary school can’t offer. I know that middle school… I Teach Middle School and Despite What SOME People Think, I Love It

“What do you do?” It’s something I am frequently asked, as are most American adults. When the silence gets awkward or you need a starting point for propelling the conversation, undoubtedly, someone will ask, “What do you do?” “Oh, I am a teacher,” I always reply. “Good for you! What do you teach?” they will… Dear Youngest Child, It hit me the other day as we were driving down the road and I was asking your older sister about driving classes, that you would be right behind her. There has been a long stretch of time when your “firsts” brought me comfort at each of your brother’s and sister’s lasts.… Teacher and Professor Has Advice for Parents With Middle School Students

I am entering my 25th year as an educator, having spent the majority of those years in the middle grades. When strangers find out I teach middle school they say things like, “Bless your heart!” and “Better you than me!” They make my job sound like a hardship, but the truth is this: middle schoolers…

Entering high school is a big deal, but many of us are so busy managing the totally new world of having middle schoolers and the emotional roller coasters that kick into gear during those years (our kids’ and our own) that we don’t even think of what we should be doing to prepare our kids for… When Preparing Kids For High School, Don’t Use These Words

Apparently the 8th grade teacher thought that by crumpling the student’s substandard essay and tossing it into the trash, he was effectively making the point that the student needed to be “better prepared for high school.” At least this is what he told the student as he made the histrionic gesture, and later the parent… Saying Goodbye to the Elementary School After 15 Years

This week my youngest child graduates from fifth grade, which means that after fifteen years, our family graduates from elementary school and closes the door on a tangible marker of our children’s childhoods. Fifteen years of riding bikes to and fro, amazing teachers and some terrible ones, the daily morning rush of breakfast and packing… Getting Ready for High School Begins in Sixth Grade

Ahhhh…the beauty, the certainty of 20/20 hindsight.  As my youngest nears the end of high school, I have been thinking about what allows kids to perform at their best and enjoy their four years to the fullest.  What do I wish I had known as my kids turned 12 that would have helped them in…