It’s almost the holidays, and students will be coming home from college or having a break from high school. They’re due for some downtime, and movie nights are a great option!

When I successfully corralled my kids into a family movie night (success rates on this vary), their reactions were sometimes surprising. My favorite movies from the 80s look different through their eyes. Consider these 80s movies, which sparked some interesting conversations at my house, especially about teens, their daily lives, and their family relationships.

Note: Some of these movies include sensitive subject matter. Before watching, check CommonSenseMedia.com or a similar site to see if it is appropriate for your family.

Eight 80’s movies to watch with your teens

Nothing says “Christmas is over,” like a classic horror movie. The Freeling family moves into a new house, unaware of its unhappy history. Mysterious forces threaten their young daughter, and they must face the supernatural to save her.

This movie has all the scary stuff — the haunted house, the creepy tree outside the bedroom window, and the clown doll in the closet, so we bonded as a family under our security blankets. After it ended, my kids reminisced about what they were afraid of as young children (cabbages were on the list — a story for another time). We also had some intelligent discussion comparing the plot and scare devices with the ones used so effectively in the Netflix series Stranger Things, which is a favorite in my house.

When fifteen-year-old Cliff starts at a new school, his undeveloped frontal lobe leads him to mouth off to Moody, the school bully, and extortionist. Facing a year of being a target, he enlists Ricky Linderman to be his bodyguard. Linderman is a loner, the subject of dark classroom rumors, and all the students are afraid of him. But people aren’t always what they appear.

As a family, we talked about everyone has hidden struggles. Does it help or harm when parents get involved with kids’ social lives? This movie is a product of its time and includes situations and language that wouldn’t be used in movies today, as well as a final resolution that might not be what parents would recommend. We discussed how attitudes have, thankfully, evolved.

This is the original Karate Kid movie, a precursor to the currently-streaming Netflix series Cobra Kai. Daniel moves with his single mom to Reseda, California, where he encounters bullies and builds a friendship with an elderly man whose lessons in martial arts save Daniel in more ways than one.

In many teen movies, “grandparent” figures are portrayed as silly and out of touch (think Sixteen Candles). I love that, in Karate Kid, the grandfather figure of Mr. Miyagi is depicted as wise and worthy of respect. My kids and I talked about what their grandparents mean to them. We also discussed how social media had changed the bullying landscape.

This is the quintessential John Hughes movie about “a brain, a beauty, a jock, a rebel, and a recluse” who better understand one another throughout their day-long detention. My kids immediately recognized the cliques that persist in high school from generation to generation.

Still, thirty years later, they had some very legitimate questions about representation: where are the students of color in this film? Where are the LGBTQ students?

We also talked about how the characters describe their parents and which relationship most closely matched my kids’ relationship with me (parents, don’t ask if you don’t want to know the answer)! Additionally, if this movie were re-made today, who might star? Which cliques might be represented?

In 1935, teenager Natty lived in Chicago with her unemployed father. When a job opens up on the west coast, he has to leave Natty with a sketchy caregiver, and soon she sets out to follow her dad, stowing away on railway trains. Adventures ensue, including a young John Cusack and a big, protective dog.

This movie is so fun to watch, and your kids can absorb a bit of historical perspective into life during the Great Depression. Talk about the sacrifices families have to make when times are tough and what it’s like to face new situations alone.

A single mother and her two sons move in with her father in California and encounter vampires. It’s a strange and dangerous situation, but the family faces it together.

This dark comedy starring The Two Coreys (Corey Haim and Corey Feldman) offers many topics for discussing with your kids. How does the characters’ experience as teenagers compare with the freedom kids had in the 1980s? How would they respond if their sibling was spending time with a dangerous crowd and engaging in risky behavior, like the older brother in this movie? If this film was remade today, how would the existence of cell phones change the plot?

It’s technically not an 80s movie since it was released in 1978, but it was a wildly popular video rental throughout the 1980s. This musical about the relationship between a drag-racing bad boy and a sweet “good girl” has some of the best sing-along music ever.

And…my daughters despised it. In the end, my oldest turned to me in disbelief. “So, she becomes a completely different person for him? And now she’s allowed to be his girlfriend?” I was forced to look with fresh eyes at this standard from childhood and realize my kids had taught me another life lesson. See if your kids agree.

What would Generation X be without this movie, my personal favorite? Lloyd Dobler, aspiring kickboxer (sport of the future), asks out fellow high school graduate and valedictorian Diane Court. Together (and sometimes apart), they navigate a relationship complicated by uncertain plans for the future and a father who falls off his pedestal.

Some great questions from watching this movie include: Part of maturing realizes our parents aren’t perfect. What’s it like when they disappoint us? Do you think that Diane and Lloyd’s relationship will survive, even though she’s going to college and he isn’t? We also discussed the lucrative careers available to students who don’t choose the university track.

There are just a handful of my favorite conversation-starting movies from the 1980s. I hope watching these with your family brings back some memories of swarming BlockBuster with your friends and helps spark great discussions with your kids as they decompress from school. 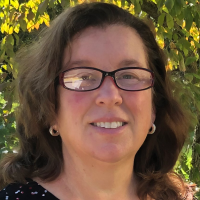 Theresa Lussier is a freelance writer, crafting technical as well as creative content, with a particular interest in parenting and elder care issues. She lives in New England with her husband, two high-energy dogs, and sometimes - when they are home from school - her two "newly flown" children.