Oh, those dreaded words that no parent wants to hear. Hadn’t we made a deal – you could move away for college but you would come home for holidays and summers? We said you could bring guests if you wanted, but we want you to come home. We look forward to your next visit which is always just a few short months away. Our family feels complete anytime we’re all under the same roof – all the bits that ventured out into the world coming home to rest, relax and rejuvenate! Ok, so maybe it wasn’t a formal deal (I mean, nothing was signed and no lawyers were involved) but we had an agreement. I’ll admit it was a bit selfish on our part but we had to do something because we couldn’t stand the idea of you being gone without knowing when you’d be back.

This deal was fine when our sons first went off to school but as they get older, we are less emphatic about it because we understand they have new people and places pulling on them too – but it’s still tough when they aren’t here to celebrate holidays.

I did ask that they give me some warning – something like “Hey Mom, I might not be coming home for Thanksgiving” in early September then work up to “I’m not coming home.” I need time to adjust – don’t just spring it on me or I’m not likely to react in a positive way.

We may not be ready for this phase, but we have to be because what choice do we have – they are growing up and are adults. So when my son starting hinting that he probably wasn’t going to be spending Thanksgiving at home this year (a first), I knew what was coming.

This year he wanted to go with his girlfriend to visit her family in Chicago. Much to our surprise, we actually didn’t mind (probably because he’d been building up to it for a few months like I’d requested) and it certainly helps that we adore her and really like them together. Plus, how could I really complain – I had moved far from my family to be with my husband and so we missed many holidays with my family. It’s just part of life with adult children.

When all was said and done, we spent almost $1,000 to not see him for Thanksgiving. He’s in law school (so he has no income of his own yet – much to his displeasure). We bought the ticket and told him to have a wonderful time. Yes, I realize we didn’t have to let him go or pay for his ticket but wouldn’t that have been a fun time forcing my 23-year-old son to come home and “enjoy” Thanksgiving with us because “We said so, and it’s our money!” Plus, he’s smart – he promised that they would be home to our house next year for Thanksgiving (We’ll see, my fingers are crossed) and that he would be home for Christmas (Ok, now we’re talking!).

Let’s face it – they have their own lives that are separate from ours – as it should be. They can invite us in or shut us out. We can either fight it or embrace it (and be glad we’re still part of it)! And yes, as they get older they do have this choice…I’m sure we’re a bit more aware of this more than some families because we are estranged from my husband’s family – a terrible situation that I don’t wish on anyone and something we don’t often talk about.

Estrangement – it’s such an odd word – one I never imagined we would be associated with. In fact, I had to look it up to get the “real” definition to be sure I was using it correctly. The one I found said “separation resulting from hostility.” Based on this, I am using it correctly – unfortunately. Yes, unfortunately this accurately describes the situation with most of my husband’s family – the exception is his brother.

We are very close to my family, (In fact, I distinctly remember my Dad once saying – only half joking – if anything happens to your marriage, we’re choosing him!), and I never thought in a million years that the same wouldn’t be true of his family. Estrangement is a strange situation – sometimes brought on by a specific incident (a big blow up where harsh words were said that can’t be unsaid) but many times (as in our situation) it happens over time.

The issues started long before I arrived on the scene but somehow I added fuel to the flame. We tried to forge a relationship with them – even though it was clear they were not interested. What can I say, I was young and naïve so I thought that over time I could win them over..

Estrangement is a complex and ugly thing – but much more common than you might think – things were so bad between us all that any interaction quickly deteriorated into harsh words which cannot be unsaid or unheard. We had put up safe boundaries with them to keep things civil between us but eventually the relationship basically ended.

Things slowly deteriorated over time until all communication stopped. It was 1, then 5, then 10 years – can you imagine – 10 years! They completely missed our children (their grandsons) growing up.

It’s hard for me to fathom a situation where we would not to be part of our sons’ lives but we’re acutely aware that it can happen so we all make the effort to stay close and not let words (said or unsaid) get between us. We say “I love you” at the end of every call and most texts. We are open with our feelings – the happy and the hurt – and work hard to keep things good between us all. So when my son said he wasn’t coming home for Thanksgiving, we didn’t take it personally, we didn’t pout or say passive aggressive things to make him feel guilty – we bought him a ticket and let him go. We did FaceTime over the break – so we could at least “see” him and his girlfriend.

Just a few short weeks later he came home for Christmas. I was literally jumping up and down when he pulled into the driveway late that mid December night – it had been 4 months since we’d seen him (That first year in law school is brutal).

At least our younger son will be home for the summer! What’s that you say? You want to stay at school and take some summer courses – you won’t be coming home? Looks like we’ll be making plans for a trip up north this summer. Yup – it’s official, this is a full time (and permanent) empty nest!

I Miss My Kids When They Are Home For The Holidays 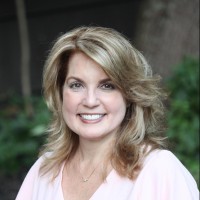