With the first semester wrapped up, perhaps you’ve discovered that your college students are running amuck. Maybe deficiency notices have arrived in the mail or academic suspension is on the horizon. Or maybe your student, like other college freshmen, are just not performing at the level that won them their college placement.

What happened to all that drive and determination they left home with? Did they stumble this fall, making one (or more) of these ten college freshmen academic mistakes? 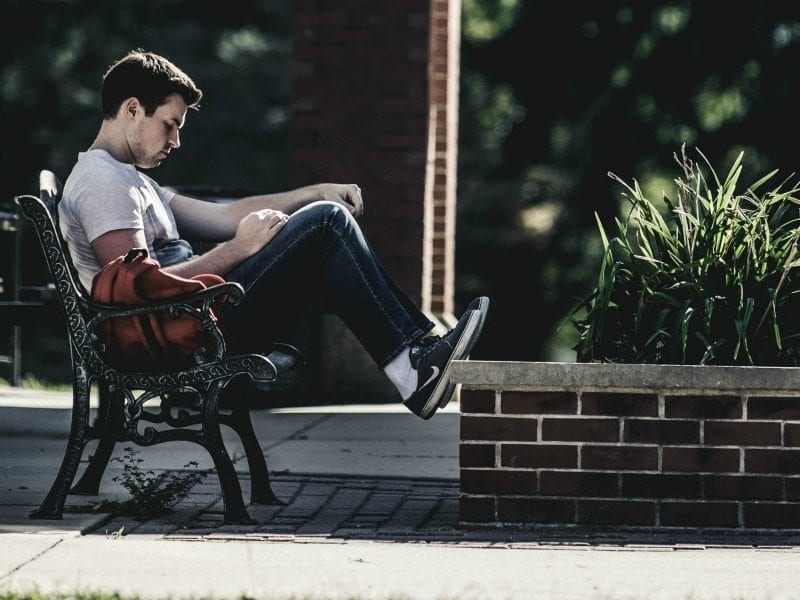 If your college students are floundering, they have plenty of company. About one-quarter of the nation’s college students end up on academic probation. And six years later, some 42% will still lack a degree. Inevitably, it seems, many students have to learn the hard way, what not to do now that they’ve made it to college. Having an honest conversation around the common pitfalls, just might help them turn things around in the second semester.

It isn’t. Every high school teacher tells them so. Parents, too. And yet many first year students are convinced they can glide through college as they did high school. College disproves the old adage: when they do what they always did, they will not get what they always got. They need to up their game. The rules are different in college. Everything counts. Success is in the details—and in steady commitment.

Pitfall #2 Sit back and absorb the knowledge.

Like a ripe tomato smacking a wall, the professors’ critical points will slide and dribble right out of consciousness when students hit the door. Forget about it on a test. And those assignment details? Gone. Maybe it’s cool not to pick up a pen in class. But writing key points—and anything the prof puts on the board—helps students remember, even if they don’t look at them again (although, of course, they should). Taking notes is part of actively participating in the course.

The syllabus is the students’ best friend. That document contains the rules that govern the course. Students should consult it when considering the impact of another absence or a late paper. It also outlines the assignments for the semester, assignments that the professor may or may not mention in class. Reminding students of every assignment is part of the handholding that high school teachers predicted will not happen in college. Once students have the syllabus, profs expect them to consult it regularly. It also eliminates the “I didn’t know” excuse—or should.

Pitfall #4 Don’t sweat the small stuff – like reading and other homework.

There are fewer grades in most college courses compared to high school, so everything counts for more. The profs may not spoon-feed students reading material in class; rather, they may assume the students have basics from the assigned texts and build from there. Bottom line: they expect students to arrive in class prepared by the assigned work.

Few college professors give extra credit. They don’t need the extra work it entails, and they’d rather have students focus on the regular work. When extra credit is offered, it usually doesn’t amount to much. When it’s time to assign final grades, they’re interested in what students did with the core work. So college freshmen should keep their eyes on the assigned work and make sure it’s extra good instead.

Pitfall #6 Party hearty on Thursdays—yes, classes are held on Fridays.

In many schools, the “weekend” starts on Thursday night. It takes discipline to decline the Thursday party invitations or to leave the scene early enough to finish the work for Friday classes. Professors notice the increase in absences on Fridays, and repeated Friday absences tell them something about students’ commitment. Some profs fight the trend with Friday pop quizzes.

Pitfall #7 Ask their prof, “Did we do anything in class?”

When students do miss class, it’s important that they find out what they missed and if there’s anything they can make up. They should check with professors about any changes in the assignment schedule, but they should not irritate their profs by asking “Did we do anything in class.” Something is always done in class, and it is always important (ask any professor). Nor should they expect the prof to “re-teach” the material to them in a private session. Instead, they should get notes—from the professor, if that has been offered, or from a trusted classmate. Students are responsible for all the material, whether they attended a class session or not.

Sometimes college freshmen pile up so many absences, they’re afraid to come back to class. In effect, they fail themselves. The professor will let them know if they’ve missed too much to pass. Students need to suck it up and show up. They should also sit down with their professors to discuss the problem. And that brings us to our next pitfall:

Unless it’s a large lecture hall, most profs do notice slacking—if not, a review of the grades will show it. It’s best that students make an appointment to sit down with the professor and discuss the situation. If there’s a good reason for the absences—or even a bad one—offer it. Sometimes profs will work with a student, even when it’s a case of first year-itis. Honesty and sincerity make the best impression—and sincerity can be shown by coming to class and doing the work even before the appointment comes up.

Work can really pile up in college, even more so when students take unscheduled “vacations” from the daily grind. It can be tempting to shave off some time by bypassing tutoring appointments, but they can be key to pushing average work into above average or even excellent work and overcoming a string of missteps. Find another place to shave off time—perhaps those Thursday night parties?

Your college freshmen have arrived where they are because their college believe they can handle the work. But that doesn’t mean they can handle it without a stretch or with a high school mentality. Help them find the root of their academic problems, and it will set them up for second semester success.

College Care Package Ideas For Every Kind of Student Gail Radley is a journalist, author and English lecturer at Stetson University. She has written 22 traditionally published books for children and young adults, both fiction and nonfiction. Her novel The Golden Days (Macmillan hardcover and Puffin paperback) won an award from the Society of School Librarians International and was filmed as The First of May, featuring Julie Harris, Charles Nelson Reilly, and Joe DiMaggio. Odd Man Out (Four Winds Press) was a Junior Library Guild selection and a Young Hoosier Award nominee, while CF in His Corner (Macmillan) was named a Notable Children’s Trade Book in the Field of Social Studies and placed on the Sequoyah Children’s Book Award Master List.

References
“Causes of Failure in College.” Center for Academic Success. The University of Alabama. Web.

My family and I live in a residential college on a mid-western university campus. My husband is a professor, but I am a regular civilian. When I have time away from my corporate life and my own two teenagers, I try to entertain myself by getting to know the 168 members of Gen Z, most…

Common College Freshmen Fears: How Parents Can Support Their Teens

I’m about ready to send my third child off to college. We have spent well over 2 years researching and visiting universities. We spent the summer shopping for dorm necessities and completing the “to-do” checklist for incoming freshman. We’ve planned, prepared, discussed, advised, and sent two siblings before him. We’ve been counting down the days,…

You’ve dropped off your freshman at college, and you are probably feeling excited that they are about to experience an amazing new chapter of their life. Then, you get the gut-wrenching text or call “I hate it here” or “I want to come home.” So many college freshmen go through struggles at the beginning of…

When you send your first child off to college, a whole new parenting ballgame begins. The act of physically walking away from them, whether it’s in a dorm lobby, an airport security area, or in your own driveway as they head down the street in an overloaded car, is a momentous metaphorical corner in your… Thirteen Things NOT to Do as a College Freshman

Freshman year of college is a crazy and exciting time in your life! You are finally living all on your own, likely in a new city or community where you don’t know too many people yet. Being a college freshman can often be overwhelming and intimidating too. There is lots of advice out there on… 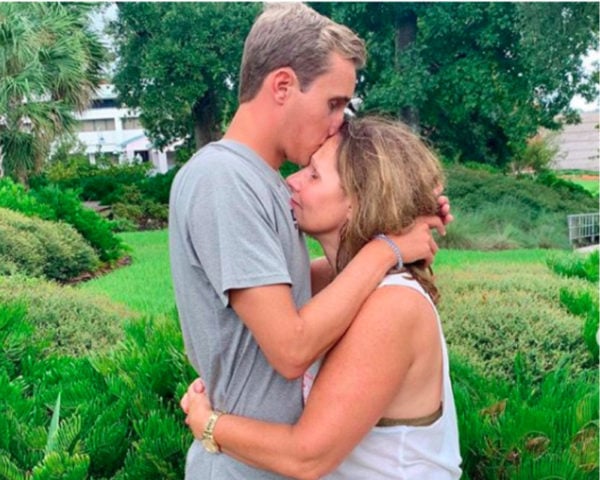 College drop-off, it turns out, is not for the feint of heart. When we finally got to that point in the day, I held my son tightly and told him I loved him, I’m proud of him, then walked away with fake confidence. I cried all the way home. It was ugly and I’m pretty sure the… 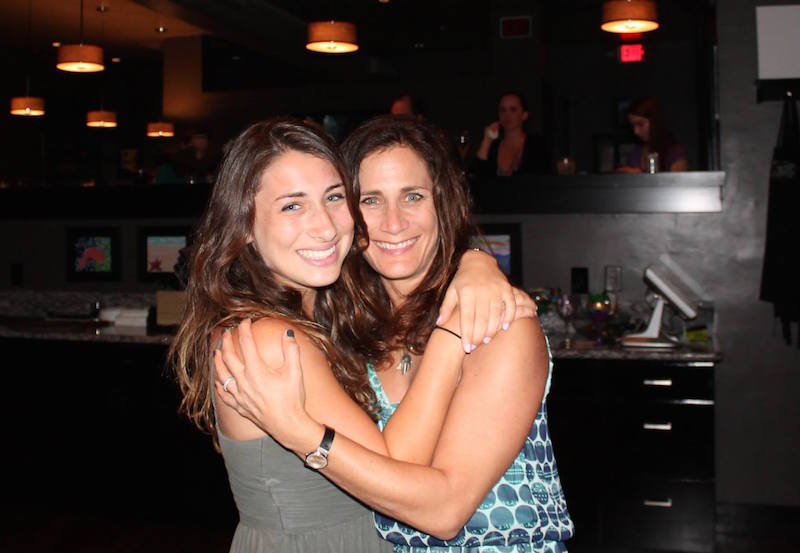 After two days of trips to Target and Bed Bath & Beyond, my mom finally agreed that I had everything I needed, and that it was time for her and my dad to journey back to the hotel. I know I will miss my mom at college We made it out to the dorm parking lot, and… 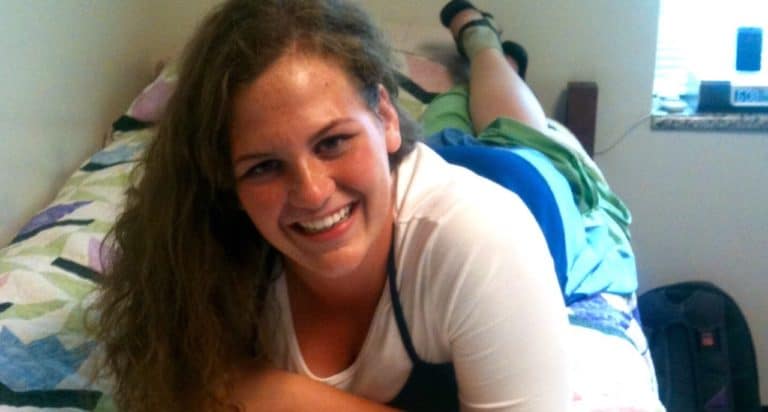 What the First Week in a College Dorm Is REALLY Like

It’s almost time for one of the most exciting chapters of your life to begin–moving into college as a freshman! You might be feeling anxious, excited, nervous, worried, and a whole mix of different emotions before you leave. You might be wondering what you will do in the time between move-in and the start of… 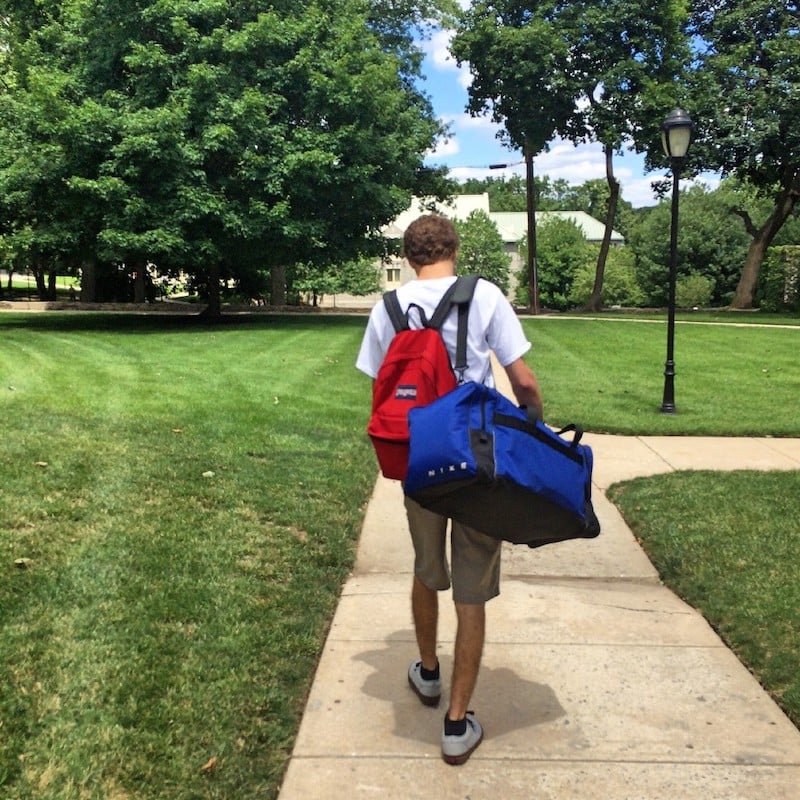 If I Could Do it Again: 6 Things I Would Tell My Teens on Move-In Day

We are not dropping anyone off at college this year. This is the first year in a while that we aren’t loading vehicles or moving vans. My two oldest sons have graduated from college and my youngest will be flying off in a few weeks for his second year of law school. He is staying… 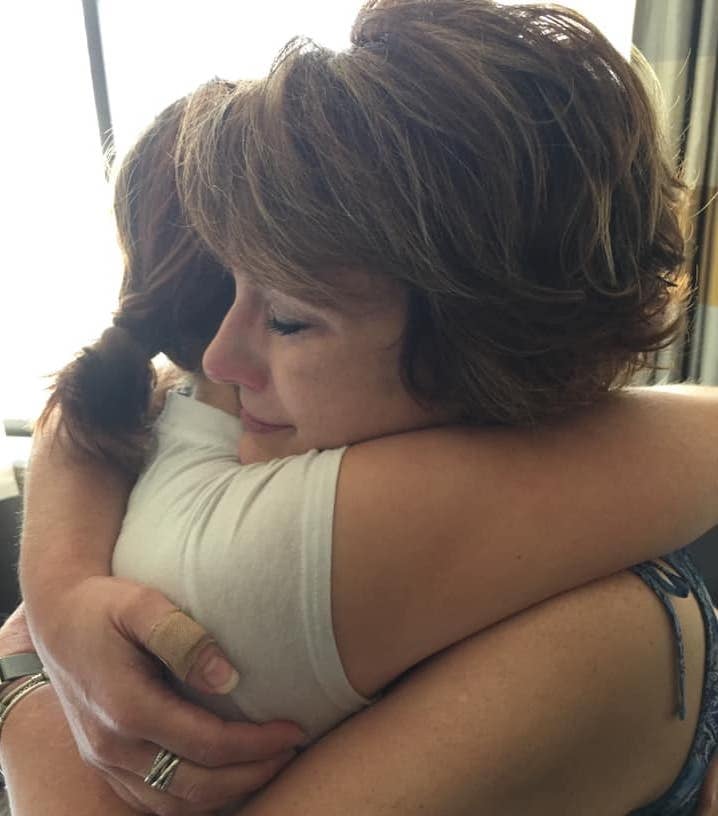 It’s here! The day you dreamed about, dreaded a little, and dutifully did everything you could for the last 18 years to guarantee would happen, is now actually happening. You bought the twin XL sheets, the shower caddies, the throw rugs (and about a hundred other accessories that you’re certain will probably go unused) but…