To some degree, I guess I’ve always been a helicopter parent. However, when my daughter entered 7th grade, I made a conscious decision to step back and let her spread her wings. I promised to no longer micromanage her education, but rather, I would simply remain Bette-Midler-esque as “the wind beneath her wings.” It was a good plan, but I was set up for failure by the school. They enabled me and my obsessive personality by placing the “drug” right into my eager smothering hands. They gave me a password and access to information about my daughter’s school life with just a click of a button.

It’s name? Infinite Campus Parent Portal, aka the latest in designer street drugs. It should be called “Portal to Hell,” and contain the warning, “Enter at risk of annihilating your relationship with your child.”

It started innocently enough. I logged in and looked around the site to see what information was available. A few days after school started, I logged in again. Oh my gosh! I discovered I had access to my daughter’s grades. In real-time, people.

And, that’s when my obsession began…and grew…and became a major part of my life.

[Read Next: Don’t Worry, You are Not a Helicopter Parent]

Sure, the name sounds somewhat innocuous, until you break the words apart. “Infinite?” Yes, the knowledge I can glean from this data (crack) base includes grades, tardiness occurrences, lunch reports, test results, and more.

Here, “infinite” means “Mom knows all.” The term “portal,” when used in Harry Potter’s world, implies a secret entrance to all things good and mysterious. However, when the word “parent” is added to the word “portal,” let me tell you, nothing good can come from this access. Parents shouldn’t have this kind of power because we don’t know how to use it for good.

I fell hard; first victim of the most addictive and dangerous narcotic ever invented.

Experts say that the first step in healing is to admit you have a problem.

This portal into my daughter’s world gives me too much power. When I was a kid, my grades were a secret, a revelation on report card day. My parents had absolutely no idea what I ate for lunch or how well I did on my English test. They had to actually ask, “How was your day?”  Sometimes I answered, but I still had the luxury of either editing or complete omission. Because today’s parents have this online portal, children no longer have secret school lives.

If you don’t think that this is nearly as awful as having a nanny cam on my daughter throughout the school day, listen up.

I know my daughter’s grades, usually the same day they’re given, even before she does. Within seconds, I am unhappily aware she ate french fries for lunch three days last week. Instantaneously, I am appalled to see that she not only has a library fine, but she also has three missing assignments.

Big Brother? Oh yeah. When she gets into the car after school, my verbal assault awaits, readied with extra clips of ammo. “Why were you late to Math today?” “Please don’t tell me you got a 70% on your science assignment because you (again) forgot to write your name on the paper.” It wasn’t pretty, and it was destroying our mother-daughter relationship.

I am not alone. Several friends also admit to the same portal obsession. I’ve been told, “I can’t stop looking.” I know people (ok, it’s me) who have graphed their child’s grades…daily…with a graph that started not at 0%, but rather 90%. (It may seem if the start point is 90%, there’s really no need for this graph.) *ahem*

[Read Next: How Not to Be A Lawnmower Parent]

I’m told that there are applications to block time-sucking websites like Facebook and Pinterest. These apps will only allow a predesignated amount of access to the offending website. I’ve thought about getting an app, but I don’t need one that limits my time to the Portal. The portal is actually quick to use…so quick that I can log in and view it nearly 327 times a day in only a few minutes time.

What I truly need is a website blocker. I have proven that I cannot use this “tool” wisely, so I should be banned. At the least, I’m thinking of entering my password incorrectly three times, which would serve to block my access…or it would, until I beg to have my access restored by the school administrators.

Recently, I noticed that my daughter would greet me with a deer-in-the-headlights-what’s-coming-from-her-now look when I retrieved her from school. It dawned on me that perhaps we (I) had a problem. I staged an intervention for me. I enrolled in a self-help group of one for me.

After discussing our options, we mutually decided that she would take responsibility for monitoring the portal for missing or late assignments. For my part, I agreed to remain silent about the offending grades unless a full week has passed.

I can still look. I just cannot use the power for bad. That seems fair.

(This essay is (mostly) written as a tongue-in-cheek satire, grounded in some reality.)

Parenting Through The Years: A Different Kind of Crazy

What Do My Kid’s Grades Have to Do With Me? Nothing! 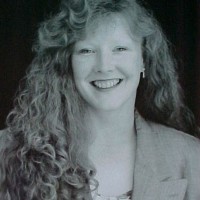 Deb Nies is a contributing author to It All Changed in an Instant: More Six-Word Memoirs by Writers Famous & Obscure. Her writing has appeared in Our Wisconsin, Modern Bliss, among others. Deb was a proud cast member of the Listen to Your Mother Show - Madison in both 2011 and 2017.

She and her wife, Linda live in the only Waunakee in the world, Wisconsin. They are new empty nesters, as beloved daughter (Hannah) is a first-year at Wellesley College. In real life, Deb is a Social Media & Marketing Consultant, a foodie, an adventurer, and an infrequent blogger. You can find her on Facebook, Twitter and Instagram.

“I’m going to burst” blurts my husband, the planes of his face tight with anger. “Maybe we should stop him working, prevent him going out, or switch off the Wi-Fi.” I can feel the heat of frustration radiating from this normally placid man who is on the brink of volcanic eruption over our son. “Do…