It happened again this week. Several times, in fact.

I’m a university professor and my office is located directly across from the elevators. Because I maintain a literal “open-door” policy for my students, visitors often mistake me for the department secretary, since I am the first person they see when the elevator doors open. At this time of year, the same scenario happens repeatedly: 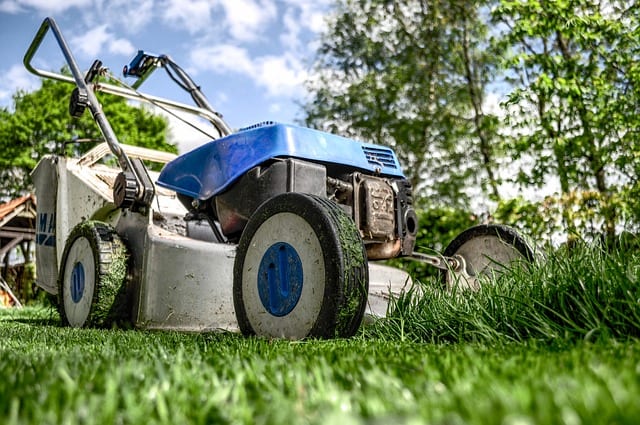 What is a “Lawn Mower Parent?”

I’m concentrating on something, but out of the corner of my eye I see the elevator doors slide open. It’s a teenage girl and a middle-aged woman, presumably her mother. The parent walks into my office, with the girl trailing sheepishly behind. The mother says, “My daughter will be starting here in the fall. We want to change one of her elective classes.” I try to make eye contact and address the girl as I politely give them directions to the Office of Student Services down the hall, but it’s the mother who apologizes for interrupting me. They leave my office, Mom leading the way with the class schedule in her hand.

Do you see the issue here? The child has been accepted into a major university and is weeks away from starting a difficult area of study, but it’s her parent who is doing all of the talking to get her problem corrected, while she says nothing and appears to be dragged along against her will.

You’re probably familiar with the term “Helicopter Parents,” where parents hover over their children and swoop in to rescue them at the first sign of trouble. At the college level, the physical presence required to hover may be limited, so we are now observing a different parenting style: “Lawn mower Parents.” These are the parents who rush ahead to intervene, saving the child from any potential inconvenience, problem or discomfort.

Other variations of this style of parenting include “Snowplow Parents,” “Bulldozer Parents,” and my personal favorite: “Curling Parents,” given the similarity to the Olympic athletes who scurry ahead of the gently thrown stone, frantically brushing a smooth path and guiding the stone towards an exact pre-determined location.

All humor aside, this kind of parental behavior can have long-lasting, detrimental effects on your child. Some of these include:

Advice to ALL parents

As parents, we will inevitably watch our kids struggle, feel uncomfortable and even fail.  As painful as that can be, you aren’t doing your child any favors by trying to shield her from this part of life or solve her problems for her.  Instead, give her opportunities to learn strength and self-confidence, so she can handle future challenges with grace.

A version of this post originally appeared on Pittsburgh Moms Blog

Don’t Worry,  You are NOT A Helicopter Parent Raised in southwestern Pennsylvania, Dr. Karen Fancher studied pharmacy at Duquesne University in Pittsburgh but was lured away by the sunny skies of Florida shortly after graduation. She spent 10 years in Tampa, Florida, and during that time acquired an insightful daughter, a kindhearted son, a Midwestern husband and a spoiled cat (but not in that order). In 2010, the entire crowd relocated home to Pittsburgh. She is currently a professor in Duquesne University’s School of Pharmacy, where she teaches oncology. When she’s not on an adventure with her family, you can find her cooking, reading or daydreaming about musical legend Sting.

Home / Articles / College / College Professor Warns: How Not to Be a Lawn Mower Parent
FacebookPinTweetEmail