One of the most difficult parts of being a mother for me has been the change I see in my kids as they get older. I’m not the center of their life anymore, and with that comes less talking and spending time together.

I had no idea it would leave such a void in my life. I used to look forward to their teenage years thinking we would still be very close and they would want to spend a lot of time with me, but my life would be easier since I wasn’t trying so hard to keep them out of danger on only a few hours of sleep. And I was so wrong. 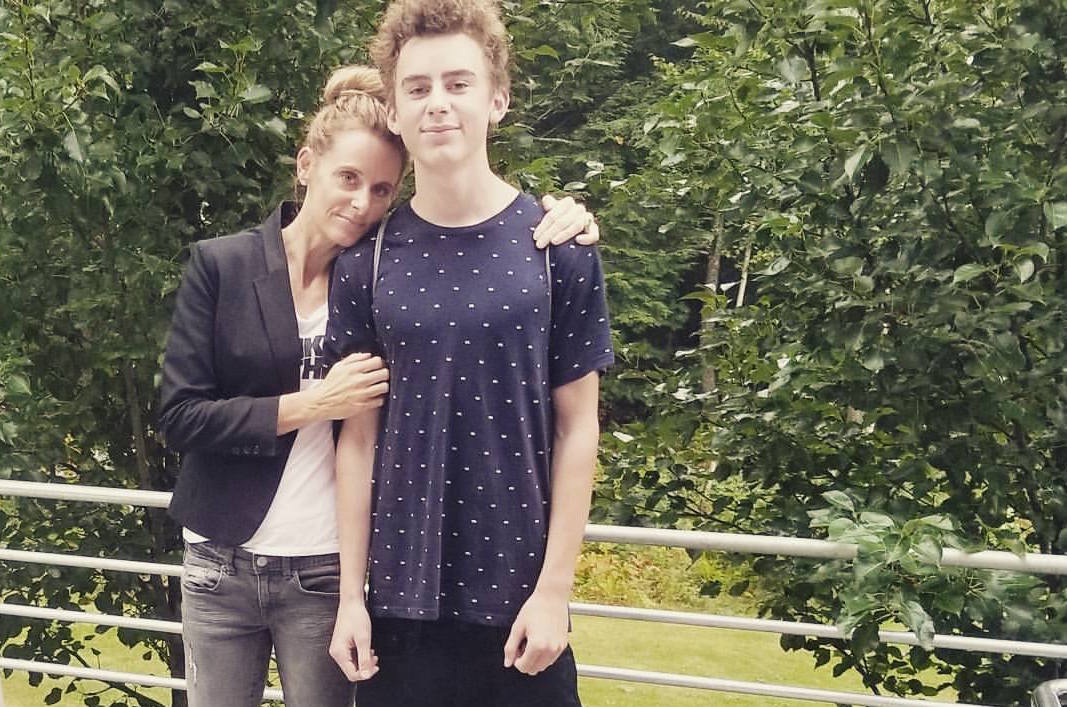 These days, I find myself longing for them to open up, with more bonding and conversations on car rides. I feel a deep need to connect with my teenager and the more I want from him, the less he wants to give. It seems when kids hit puberty they form walls. I know I did and I realize after I became a mom I forgot all about that part of being a teenager. Or maybe I was fooling myself and thought my relationships with my kids would be different.

[Read Next: Why Teens Still Crave Their Parents’ Approval]

Teenagers suddenly have a life you aren’t a part of and communicating can become difficult for them and for you. I find myself trying so hard to get my 14-year-old son to talk to me and tell me what is happening in his life. But the fact is, he doesn’t want to tell me everything anymore. He doesn’t think it’s as important as I do – he thinks he knows everything and can figure it out himself. And let’s face it, he’s doing things and having thoughts he doesn’t want me to know about it.

I have a lot to learn in this department since he is my firstborn, but I have learned a few things that make communication between me and my son a little smoother:

4 Ways to Get Your Teen to Talk to You More

1. Teens are more likely to talk if they aren’t always getting a lecture.

Sometimes he just needs someone to listen. As far as friendships, girls, and his school work habits are concerned, I struggle with sharing how much I know on these subjects simply because I have been there myself. I notice when I do this, he doesn’t want to share as much with me.

He isn’t always looking for advice, there are times when our kids just need to be heard. If they want advice, they will probably ask. It is okay if he does things differently than I would. He needs to find what works for him. And the best way for him to work that out is to do try some things and adjust his actions accordingly. Besides, it’s very likely if I’ve handled something one way, he feels the needs to do the exact opposite.

Instead of strumming up a deep conversation with no notice, my teen does so much better if he has a little time to prepare and think about the fact I want to talk and connect with him. I’ll mention something before he heads out the door for the day like, “Let’s have a talk later tonight after dinner,” and it works wonders.

I know teenagers are older and can make their own food and all. Sometimes I let my son go rogue and eat whatever he wants. He doesn’t always make the best choices – he loves junk food just like we all do – but I notice when he does this he isn’t his best self. He becomes irritable, and has difficulty listening and communicating what he needs to anyone.

I’ve taken junk food away from him more than once even though he is much bigger than me these days. Mom knows best, and keeping a balanced diet helps his moods. Our teens may be growing like weeds, but that doesn’t mean what they put in their body doesn’t affect their performance and moods. Who wants to talk when they are agitated and irritable?

4. Try not to get too emotional.

This is a very tough one for me as it is for many mothers. We are emotional creatures and when it comes to our children, certain subjects affect us deeply. When we are discussing something really serious, or I am punishing my teenager, I try not to raise my voice or get weepy, which is a huge challenge. But I did begin to notice he is more likely to speak up if I am not showing a lot of emotion. I think he feels he can open more as I’ve watched him shut down if I get really upset or start to cry.

I’m not saying we should never cry in front of our kids, that’s impossible. I also feel it’s important for them to see us display our different emotions and see we are human since they seem to forget that fact. When it comes to bigger subjects that are about my child and his well-being he is more willing to talk about his feelings or tell me what happened if he feels I am matter-of-fact about it.

[Read Next: In Four Years, My Eldest Son Will Be On His Own]

These four things have helped make the transition from knowing absolutely everything my kids are doing to watching them grown, thrive, and begin to pull away. They need some freedoms but they are still young, living under our roof, and we deserve to know what they are doing. Communication is huge in every relationship – especially one between a mother and her teenagers. It’s such a crucial time and just because they aren’t willing to talk as much doesn’t mean you can’t keep working on ways to have those important talks.

Kid In Their Room All Day? Why Teens Crave Privacy