When I think back to my college days, almost every memory that I have is tied to my sorority. From the crazy-themed casual exchanges to the excitement of formals; from the late-night meetings to the meaningful impact of initiation; from the long-lasting bond of sisterhood to the reason I haven’t been able to drink tequila for the past 28 years, sorority life and the myriad of experiences it gave me are far and away the most memorable part of my time at Arizona State University. 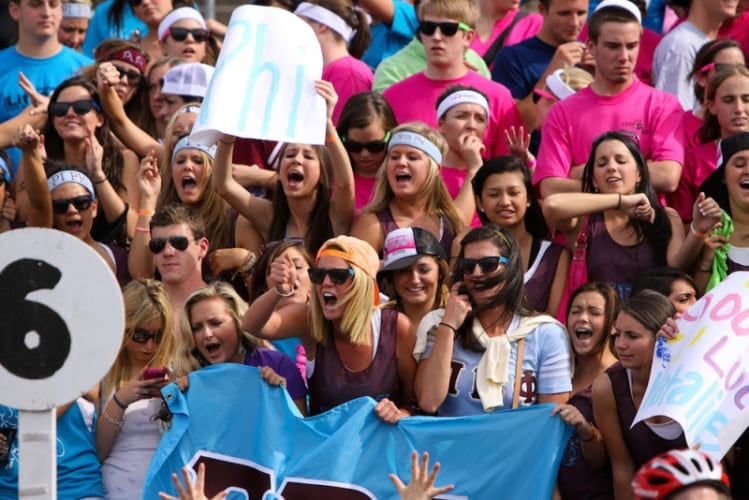 As the first person in my family to go to college, I was clueless as to what Rush and sorority life were all about. The extent of my knowledge of the Greek system was Revenge of The Nerds, so as you might imagine, joining it was a little bit terrifying. Before rushing, a sorority was little more to me than a glorified club of girls who shared a label, an attitude, and a house, but after I became a member of Pi Beta Phi, I learned that it was also an anchor in the tumultuous sea of new—and often overwhelming—experiences (many of which were ironically the direct result of the sorority, I soon found out.)

On a campus the size of Arizona State, having an instant group of friends certainly made the transition to college easier, but for me, joining a sorority also came with a bit of a price, and I’m not just talking about dues and that entire new wardrobe featuring my sorority letters. While the immediate social calendar we were expected to adhere to as pledges was exciting, it was a more than a little bit intimidating. As a girl who had never had a boyfriend and who wasn’t a partier—at all—in high school, those first fraternity parties were a real baptism by fire. The free-flowing alcohol, the inconceivability that boys—cute boys, older boys, boys in general—were interested in talking to me (or at least to the letters I was wearing), and the surprising discovery that most of those nice, demure girls who led me so gently through Rush Week secretly excelled at beer bongs and body shots was overwhelming. Yet although I was intimidated, overwhelmed, and at the beginning, terrified, I jumped right in. Because I wanted to? No. Because as a pledge, that’s what I was expected to do.

To be fair, I can look back and see that, of course, I had a choice. Despite what I’d seen in the movies, I certainly wasn’t forced to acquire a taste for beer. There was no cruel hazing, but the peer pressure was intense. The thought that my new sisters—especially the older ones we as pledges wanted to make proud—would think less of me if I didn’t join in was enough for me to fill a red Solo cup every weekend…which often led to questionable choices that left me with a new appreciation for Advil, hindsight, and Taco Bell.

Did I regret caving to the social pressure? Other than the regrettable incident with the tequila, I really didn’t. While it’s true that for the first few months I felt like a fish out of water, I also had a hell of a good time. But as I look back on it now I realize that the expectation and social requirement to attend constant, alcohol-fueled parties wasn’t something I’d have chosen to do as frequently if I hadn’t been in a sorority, and I can now see that joining one took away more control than I admitted to caring about back then.

My daughter was my high school clone. She didn’t have an interest in partying and surrounded herself with great friends who made the same types of choices she did, and in four years never found herself in a situation where she felt uncomfortable or pressured to participate in something she didn’t want to. Because of that, and perhaps because of the war stories her father and I had regaled her of our years in the Greek System, the thought of rushing a sorority never appealed to her. And even though my time as a member of a sorority defined most of my college years, I didn’t argue.

Sure, she was headed to a large university where she was in danger of feeling a little lost, and although I knew that a group of sisters would help make that big world seem a lot smaller, I also knew my daughter and could recognize that the potential social pressures and situations wouldn’t be something she’d be comfortable with, especially if they were forced upon and expected of her.

Not rushing was the right decision for her, and it definitely didn’t take anything away from the full experience she had as a freshman. She made friends in her dorm that became instant sisters (and brothers); friends who respected her decision to abstain from weekend drinking games but who were happy to include her just the same. So they might not have had a fancy initiation ritual with secrets that bonded them for life or t-shirts with matching letters emblazoned across their chests, but I have no doubt that the bonds they made and the experiences they had were just as memorable. And regardless if she was part of the Greek system and its weekly parties or not, she still learned some valuable lessons her freshman year about peer pressure, uncomfortable situations, and consequences. The difference? She was able to explore these new experiences on her own timetable, and perhaps most importantly, on her own terms.

The social aspect isn’t the only thing my daughter didn’t miss out on by not rushing. While philanthropic events are an important and meaningful part of any sorority (or fraternity), colleges today are full of so many interest groups, clubs, and service organizations that it’s easy to get involved regardless of your decision. By participating in activities with her dorm, getting involved with the theater department, and joining various clubs, she was able to enjoy many of the same perks a sorority offers in this regard, all while keeping control of her own schedule, which was of vital importance to her.

So is going through rush and joining the Greek System the right choice for your daughter or son? If you have memories (clear or foggy) of being a part of it, and especially if you’re a legacy, it might be hard to allow them to make their own decision. It’s easy to want them to have the same wonderful experiences you had and just as easy to want to protect them from the bad ones, but at the end of the day you have to trust that the path they follow will be the one that feels right for them.

And hopefully, whatever they decide, they’ll still be able to enjoy a margarita with you one day. 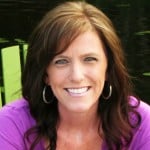 Michelle Newman is a reformed stay-at-home mom of two teenage girls and lives in Minnesota, where she spends four months a year in hibernation and denial. Her work has been included in the New York Times bestseller “I Just Want To Pee Alone” as well as other humor anthologies and websites. She writes about her favorite television shows as a Community Contributor at EW.com, and about life and other distractions at youremyfavoritetoday.com. Follow along on Facebook and Twitter.