Rush. Pledging. Do these words bring back memories from your own college days or has the sum total of your familiarity with Greek Life come from repeated viewings of Legally Blonde?

If your high school daughter is now in the college hunt, determining “fit” with a school’s social life will be a crucial part of her decision and one that is difficult to ascertain from afar. Though clubs and social traditions at colleges have infinitely more iterations than simply Greek or not-Greek, researching the presence, and dominance, of Greek Life on campus could become an important part of her college due diligence. Further, understanding the financial costs and time commitment of sorority membership, as reported in the “Education Life” section of The New York Times, makes this a relevant family discussion.

Joining a sorority may or may not feel like the right choice for college students who discover camaraderie through other campus extracurriculars or with their own close friend group. But for women who decide to pledge and stay involved, sorority membership can be one of the very happiest, and most memorable, aspects of their college lives.

The terminology and organization of Greek letter clubs are a confusing Tower of collegiate Babel. Each college has a unique roster of sororities and the timing, cost and rules of recruitment (aka rush) vary from school-to-school. Further, old school sororities, with roots dating from the late 19th century, exist side-by-side with historically African-American sororities, multi-cultural Greek groups and others clubs that all emphasize commitment to service. They are all known by names that combine two or three letters of the Greek alphabet, from Alpha to Zeta. 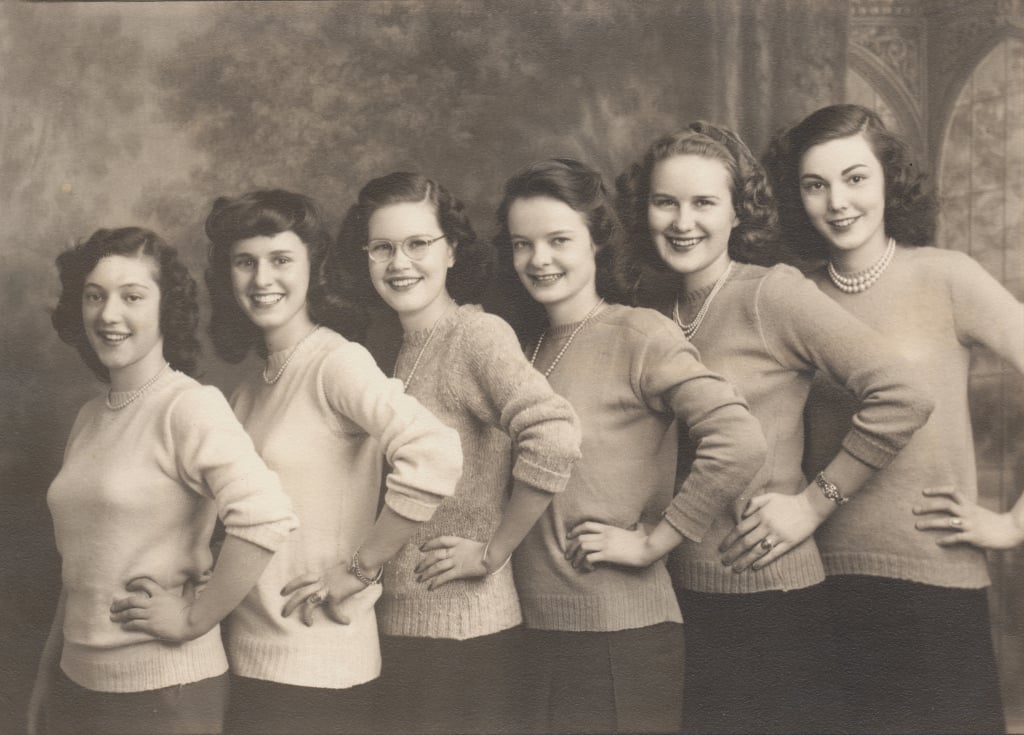 One starting point is with the National Panhellenic Conference (NPC). Founded in 1902, the NPC operates as an umbrella organization for 26 Greek-letter sororities on North American campuses. These specific clubs were started by collegiate women who desired the same social opportunities offered to men in fraternities, from which they were excluded. From feminist beginnings, the NPC has grown to represent more than 4 million women on campus and in alumnae groups, becoming one of the oldest and largest women’s organizations in the US. We recently posed a few questions to the NPC Chair, Jean Mrasek.

G&F: Can you give us some statistics of number of sororities, numbers of college campuses that have sororities, and number of women who are active collegiate members?

Mrasek: Our 26 member organizations have chapters at over 670 campuses across North America. During the 2013-14 academic year there were more than 350,000 undergraduate members.

G&F:How have those numbers changed over time, especially compared with the 1970’s-80’s, when their moms were in college?

Mrasek: By all indicators, sorority membership is thriving. Evidence shows that college women value what we have to offer and what we encourage—friendship, teamwork, leadership opportunities, networking, scholastic achievement, community engagement and outreach. We are seeing large numbers of registrants in sorority recruitment as well as expansion requests to add more NPC organizations to College Panhellenic communities on campuses. Reports from 2012-2013 indicate a 10 percent increase in recruitment numbers this year over the previous year. These significant increases have continued for several years and correspond with the current high levels of female student enrollment at colleges and universities.

G&F: What, in your opinion, are the strongest arguments in favor of sorority membership?

Sorority upperclassmen and chapter officers often serve as mentors and help other members to campus resources and encourage members to get involved in campus activities. There are alumnae advisors who provide emotional support and help teach the value of lifelong commitment. 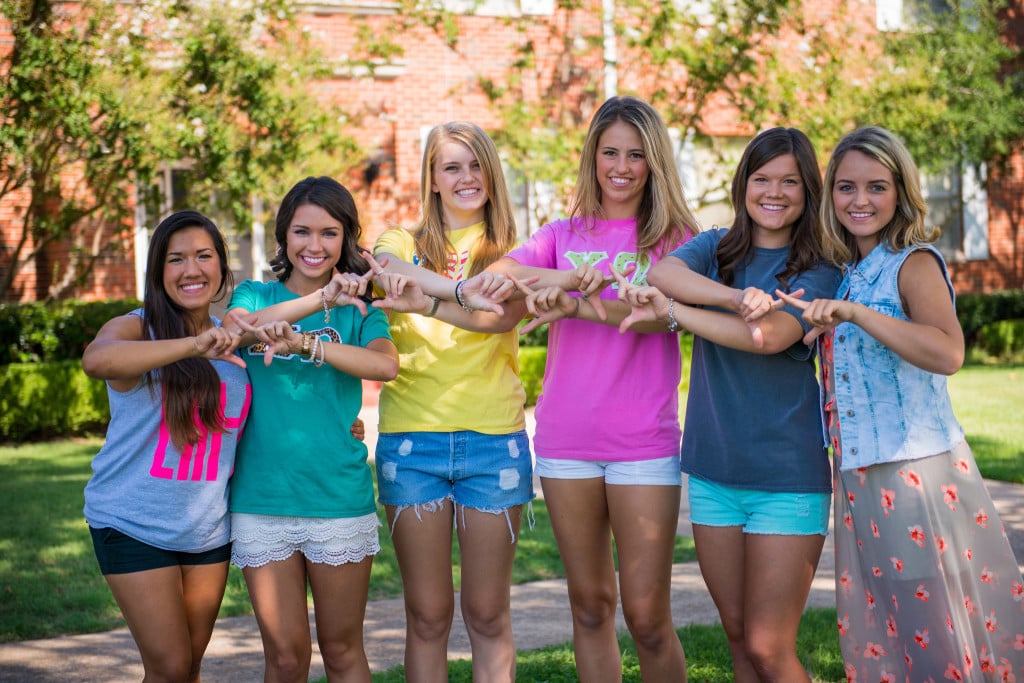 G&F: The recent Gallup-Purdue University Index study queried over 30,000 college graduates to “research and measure whether they have ‘great jobs and great lives.’” What did the data show about sorority membership?

Mrasek: The Gallup-Purdue Index revealed 43 percent of sorority members who are employed full-time for an employer are engaged in the workplace compared to 38 percent of all other college graduates who are employed full-time. Even more specifically, other findings from the research determined sorority women scored higher in all elements of well-being – purpose, social, financial, community and physical; workplace engagement; emotional support from their college, experiential learning experience as a student; and alumni attachment compared to non-sorority women.

G&F: How do you answer critics of sororities?

Mrasek: It is impossible to counter all the negative stereotypes and negative portrayals of sorority women and sorority recruitment. The good news and positive benefits of sorority membership does not always get covered. The NPC is encouraging our women to be brand ambassadors and to advocate for the sorority experience. We all play a role in shaping our positive message.

Sororities have evolved in recent years to meet the needs of students with a variety of special interests, religious beliefs and ethnic backgrounds and the entire sorority system continues to work to provide positive changes.

Other Sources of Information

, offers this advice about researching a college’s social life:

When visiting campus, talk to current students and ask questions in the information session about the culture of a campus and its social climate. Is it dominated by a Greek system? Populated by artsy students? Is it known as a party school? What do students do on the weekend? What do people do outside the classroom? Is the library busy on Friday night? What type of people do you encounter on the quad? Do most students live on or off campus? Whether or not Greek Life is a priority for you, this is important information.

There’s no shortage of information — YouTube, websites, guidebooks. But the challenge is to sort through it all and extract meaningful information. Some of the subjective guidebooks or websites, including College Prowler,  have very good information for students and parents on a college’s culture and social life. These resources “review” schools, offering both fact and opinion and use feedback from students, faculty and alumni. So they can convey the personality of a school, the vibe of the student body and a sense of the campus’ values. Also, kids really relate to their anecdotal nature. They also honestly can give you the scoop on aspects of campus life that you won’t hear about from the admission office.

by  former Education Editor of The New York Times, reviews more than 300 of the country’s “best and most interesting colleges and universities.” Each college profile includes an overall assessment of social life, indicated by a number of telephone icons (on a scale of one to five.) A discussion of Greek life and percentages of men and women who are members of sororities and fraternities in each college is included in every profile.

Every college website will proudly catalogue the numerous social options available to students. If your daughter is curious about Greek Life, she will want to take a close look at how a college depicts sororities as part of the culture. Once she has finally decided on a school, she should research any requirements for registering for recruitment, especially if rush happens before school begins in the fall.

US News And World Report

can provide data-driven insight into a school’s social fabric. For instance, I found this article ranking schools with the greatest percentage of sororities to be an eye opener. From UT-Pan American at 100% down to Willamette at 28%, the list includes liberal arts colleges, big state schools, Ivys and more, coast to coast. I was a member of a sorority at the University of Texas in the 70’s. Like others who have written on the subject, I found pluses and a few minuses during my four years. The drawbacks for me were the time demands during pledgeship and the painful process of excluding girls to meet the new member cap of 50/per year. Further, In that era, diversity was bringing in one girl from Oklahoma, 49 from Texas. I know that has changed. The positives were numerous. Tuition at a state school was a bargain so the added dues for Greek membership were not onerous. Being in a sorority on a mega-campus of 50,000 gave me a social anchor and I met more people freshman year than I have ever again. My pledge sister and roommate for two years in the sorority house remains one of my dearest friends in life. My mother was in the same sorority at SMU and I love that we share this bond, as well.

Having never attended a single sex school or gone to a girl’s sleep away camp, being part of a sorority was a very different experience for me. I was happy to be a member of a sisterhood with clout while at college and I felt that membership was a source of strength, afterwards, when I encountered various “boys’ clubs” later on in life. Finally, the opportunities among sorority alumnae for networking when moving to a new city or wanting advice with a career change have been real and helpful.

Finally, let me circle back to Legally Blonde. Like Elle Woods, I was president of my sorority and wrote about that leadership experience as the basis of my application to Harvard Business School. There were no video clips of me floating in a pool wearing a bikini and my resume was printed on unscented white paper. I admit that pink remains my favorite color.