You can probably recall the zip and sting of your bra strap against tender skin as you shouldered your way through the hallway to class.

I know I remember.

I grew up in the 1980s when a guy who copped a cheap feel was a rascal.

Unfortunately, this “boys will be boys” oft-dismissed behavior lent validity to the belief a male had permission to put his hands on a female – without consent or repercussion – and left society open to the same sort of harassment within the modern workplace. According to the U.S. Equal Employment Opportunity Commission, “one in four women face harassment in the workplace, and many are loath to report it.”

Over the past year, many women have begun stepping forward to speak out against the demeaning and criminal behavior committed by men in power; however, women not only contend with sexual misconduct in the workplace – they deal with the same in their personal lives.

According to the Center for Family Justice, 1 in 4 women are sexually abused in their lifetime with 13.3 percent of college women claiming to be forced to have sex in a dating situation.

So where does this leave us as the mothers of teenaged boys who are desirous of raising men who respect women and value the authority women have over their own bodies?

How can we ensure our angels don’t answer the door to a court summons?

Talking to your son is about sex is about as comfortable as a visit to the proctologist.

True story: mine curled into a fetal ball while begging me to “stop being so weird” when I broached the topic of consent.

It wasn’t our best mother/son moment.

But here’s the thing – I’m a woman who remembers being an awkward fifteen-year old virgin unsure about everything having to do with her body. I have a female perspective on dating, my first kiss and second base, and I suspect that it differs from my sons’ perspectives.

I want my sons to see me not just as their mom, but as a woman …a woman who has faced sexual harassment and unwanted sexual advances.

So, moms, you have to have the talk.

Six tips for talking about consent

This is not when they’re dumping their trumpet case onto the dining room table as they rush the pantry after a long school day. Asking anything beyond “How was your day?” at this point would be as useless as trying to milk a steer.

I suggest talking to him when you’re in the car. You know, like, when he can’t get out. The best conversations I have with my son are usually when we are on the way to school or trapped an exam room waiting for, like 45 minutes, before getting an immunization.

I realize that this is essentially imprisoning him with me, but, eh, whatever works.

Chat about music or the upcoming week and then say you’ve have something important that you’d like to discuss. He needs to know that consent and sexual misconduct is important to you as a woman.

Ask him what he knows about consent and go from there.

3. Talk about how he should treat girls.

Ask if he’s seen guys be disrespectful. What does he think the line is between flirting and making a girl feel uncomfortable? It’s important for him to be vested in the conversation and that he give you feedback so it’s not just you talking at him.

Make it a social discussion – when does your son think a female is justified in claiming sexual misconduct or sexual assault?

4. Show him this video on consent.

Blue Seat Studios made a clever video called “Consent Tea.” There are two versions – a clean or a saltier version. You can send either to him, but if your son is like mine, he’ll tell you he watched but, uh, won’t. Because I’m his mother, he automatically assumes that it’s 1.) lame or 2.) lame and preachy.

So consider having the video cued up and handing your phone over to him to watch while still trapped in the car with you.

5. Have, yet again, another talk with him about alcohol and drugs.

You may be asking what does alcohol have to do with consent? But you already know.

Too many consent violations occur when one or both parties are impaired in some way. Discuss how to handle a young lady* who has had one too many mango-ritas.

Just like the fire plan you made with him in the fourth grade, map out how your son should handle sexual situations in which he could do damage to another person…and ultimately himself. If you need more on the subject, I liked this article from Slate.

Imprisoning your teen son in your car and trying to talk to him about sex and consent might end in a dumpster fire. That’s okay.

Wait a few weeks and say, “Remember that day I talked to you about consent? Well, it’s still on my mind.”

You might suggest he has to have this conversation with you before he can go to a party or to the upcoming FBLA conference.

But the most important thing is that you have the conversation.

It’s what good parenting is about, even if it makes you both squirm a bit. Ultimately you’re ensuring your son is safe and viewing sex through a healthy lens.

And that’s almost as important as wearing that Spiderman bike helmet he had to have as a seven-year-old.

10 Essential Things About Sex I Want My Daughter To Know

STDs: What Parents (Might Not Want to But) Need To Know 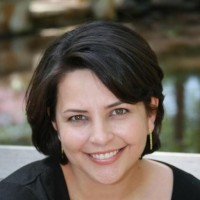 Liz Talley is an award-winning author of women’s fiction and romance, and in her spring 2018 release Come Home to Me explores the fallout that occurs from the blurred lines of consent. A former English teacher, Liz has written twenty-five books and is in the process of raising two smart, mostly normal teenaged boys and a husband. She lives in North Louisiana and you can reach her through her website.