My daughter silently tears up in the back seat. I only notice because her voice cracks a little so I turn around. Her dad and I try to sound supportive while we plow her with questions about why she’s changing her college major, again. We’re failing miserably.

In the years since Taylor turned double digits, I can count on one hand the number of times I made her cry. The last was four years ago when I begged her over and over to at least apply to a stellar state university we recently visited. She flat-out refused, explaining with logic and visceral arguments (“I hate the feel of the campus”) and surprising tears, why she wasn’t remotely interested.

“It’s fine you went to school there, Mom, that you loved the campus but I don’t.” And still I selfishly pressed. “How can you dismiss an entire college after only two hours? You might miss out on an incredible opportunity.”

Then she said something she’d never said even in the throes of her most exasperated-with-me teen years, “You obviously don’t care if I’m happy. It’s all about what you want.” And to the latter I’m ashamed to admit, she was right.

One of the few demands I gave Taylor when she started college (besides work hard, be safe and guard your Solo cup at parties) was that she graduate on time. No child of mine was going to be a professional college student, someone who never quite figures out what she wants. Except that Taylor’s never given me reason to believe she’s that person. Never.

It’s that she’s cautious and unbudging before each new milestone that I sometimes worry maybe I didn’t instill enough confidence, that I failed to help her mature. But it’s not Taylor who’s insecure, it’s me. She’s my only, my first and last chance to get it right.

Once when she was three and still solidly attached to the pacifier, her front teeth pushing out, I bribed her for the umpteenth time with a toy if she gave it up forever. “Honey I’ll let you spend up to $20 if you give it up.” Instead of our usual futile tug of war, she looked up at me with steady blues eyes, smiled sweetly and handed it right over. “I don’t need it anymore, Mommy, and you don’t have to buy me an expensive toy, “ she said. Fully ready and proud.

When she was 15 I asked her for months to get her driver’s permit and then her license. No part of her was ready for this rite of passage I assumed every teenager on the planet wanted. And really no part of me wanted my child to take the wheel. But wasn’t I being a good parent? Nudging my child to overcome her fears?

As a new mother I tried to remind myself not to buy into the parenting peer pressure, not to insist on early bragging rights over my child’s natural readiness to give up the bottle, the crib, diapers, when to walk or read.  She’ll get there when she gets there.

I remember how parents often joked that their kids were “6 going on 16.” I sensed despite their mock exasperation, that maybe this meant their children were better prepared to leap into the next stage, that their parenting somehow produced brave little warriors ready to conquer their fears.

It’s not that I wanted Taylor to grow up faster. I wanted five to feel exactly like five, ten to feel like the ten of my innocent tweens. It’s that her reflexes to say no to new experiences made me think she might miss out. And this is hard to admit, might make me look bad. It’s why I constantly straddled the line between nudging her forward and being immensely grateful that she wasn’t impulsive, a risk-taker.

Years ago I recall beaming when a friend described Taylor as seeming to have “a strong internal compass,” and she does. So why does her graduating college exactly on time feel like yet another critical milestone, a validation of my parenting? Maybe I’m afraid she’ll fall behind her college peers in the real world. I know this is ridiculous. Adulthood is all too permanent and certainly not a race. Being young and open to self-discovery is all too fleeting.

Taylor’s tears in the back seat tell me I’ve pushed too far. That I’ve stopped listening and don’t trust her to make the right decision about her major. So I whisper to my husband that we need to back off a little. Then I tell Taylor not to worry, that she’ll figure out her major and in time, the ideal career for her interests. I tell her that if she graduates a semester or even a year later that it’s not the end of the world, that we have her state tuition covered. Her strained face immediately relaxes.

When we get home before she drives back to her apartment Taylor heads straight to her room. A couple of hours later she hands me a typed piece of paper. All her new courses laid out. “If I take classes during both summer sessions I’ll probably only graduate a semester late.” She sounds confident and relieved.

Part me is still vaguely worried. I know Taylor always reaches the next step, still, somehow I panic before she gets there, secretly, shamefully, comparing her to other kids her age. I remember when she decided without hesitation that she only wanted to visit in-state colleges. Several of my friend’s kids were applying all over the country, charging towards independence. Taylor, after five in-state college orientations firmly announced she would apply to just one, a large local university 20 minutes away from home she fell in love with on the spot.

“Okay but if you get accepted you need to live on campus,” I told her. “To get the full college experience and a sense of independence.” “I already planned to do that, Mom. What made you think I even wanted to live at home?” she said then laughed.

Last week we talked about which cities might have the most jobs in her new major. I mentioned that I really hoped she’d find something in-state. “I’ve lived in Florida my entire life,” she said. “At some point I definitely want to live someplace else.” Ready to move forward before I even realized it.

It reminded me a little of the day she gave up her pacifier. How my daughter has always grown up by perfect strides of her own design. Despite, not because I push. Her timing is never too fast or too slow; it’s simply a natural reflection of her.

5 Tips To Help Your Teen Transition to College 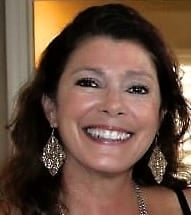 Laura Owens is a writer, blogger and essayist. Her focus is social commentary, psychology and wellness. You can find some of her work on Huffington Post, Purple Clover, Psych Central, Motherly, Scary Mommy  and Motherwell.  You can also find Laura on Twitter  Facebook ,Pinterest and her blogs: Mind Over Matter(s) and Treelight.