I started to talk about personal boundaries when the girls were really young, before they could really even speak in full sentences. I would tell them, “Your body, your rules.” If they didn’t want to hug someone, they didn’t have to.

My oldest daughter broke more than one grandparent’s heart when she refused to sit on anyone’s lap. She would be more than happy to have you read her a story or twelve, but she wanted to sit next to you on the couch, not snuggled in your lap. And I told her that was fine. How to teach your teen about consent

As a sexual assault survivor, I felt it was my duty as their mother to teach the girls that they were allowed to set their own personal boundaries without apology. There were times when it seemed to backfire – like when my youngest refused to let me change her diaper or wipe her face off – racing away from me on her chubby little toddler legs saying, “My body, my rules, Mommy!” I decided it was a small price to pay for their personal safety.

[Read Next: How to Talk About Sexual Assault With Your College Bound Teen]

And as they grew up, I began to realize that they were both really good at this – better than I was as an adult, even. I was thrilled when I would overhear one of them setting personal boundaries with friends – whether it was making their preferences known with regard to what game they would all play or deciding how much affection was too much.

I watched as my oldest developed a deep sense of empathy for her friends without ever getting so caught up in the emotion that it dragged her down. Somehow, she knew what was hers to carry and what wasn’t. More than once, when I tried to convince her to do something I thought would be good for her, she responded by saying, “You said you wouldn’t ever force me to do something I didn’t want to do.” She knows how to call me on my stuff, for sure. And she is seemingly impervious to guilt.

My youngest daughter is an unabashed introvert who loves the company of friends, but also knows that sleepovers that are not at our house are not for her – especially if they involve large groups of people. If she chooses to engage in group activities, she is unflinching about her preference to come home afterward and hibernate in her room with her guitar for hours. She recently had her first boyfriend and, a few months later ended the relationship because she wasn’t ready for the emotional responsibility of it. No drama, no anger, no excuses. She was comfortable acknowledging her limits and acting on them.

While I am tremendously relieved (and a little jealous, to be perfectly honest) that both of my girls have embraced the idea that they are allowed to establish and defend their own personal boundaries, there are times when it stings. With both of them now in high school, they are more actively engaged in seeking independence, and that can often mean that I am not welcome in certain spaces where I used to be. Both of my daughters are musicians and they have found opportunities to perform that help them grow and develop their craft. And sometimes, I’m encouraged not to come watch.

“What?! Go anyway! You’re paying for lessons. You’re the one who is supporting them in all that they do. I’d go!”

That’s the response from most of my friends, and I have to say, it’s powerfully tempting. But what I know from my own experiences as a teenage girl is that I wanted to be distinct and separate from the person my mother was. I didn’t want my triumphs to reflect on her or say something about her. I didn’t want to be held up as some shining example of her fabulous genes or amazing parenting. I wanted to be Kari. Me. Given credit for my hard work. And so I get it. And I don’t go if they don’t want me to go.

[Read Next: 10 Essential Things About Sex and Boundaries I Want My Daughters to Know]

I figure that if I don’t honor their personal boundaries after working so hard to give them permission to have them, I’m sending the wrong message.

Ultimately, it’s not about me, it’s about them and what they want.

I never let an opportunity slip by to let them know how much I love them and how proud I am of their hard work. And when I am invited, I make sure to let them have the spotlight. When people come up to me and tell me how talented my girls are, I redirect them to the girls. Go tell them. They are the ones who are doing the work.

While it is sometimes frustrating and even painful to offer up an outing – going to the movies or walking the dogs to a neighborhood coffee shop or baking a cake together on a rainy weekend afternoon – and have it turned down, I try to remember that this is what I wanted.

I want them to feel comfortable saying no if that’s what they mean (as kindly as possible). I want them to be able to express their preferences without worrying that they might be hurting someone else’s feelings. The fact is, they have a right to their feelings and opinions and their bodies, and they are not responsible for my emotions or anyone else’s.

They have learned this lesson well, even if it hurts sometimes, but when I remember it’s not about me, I am hopeful that it means they will move through the world as confident adults who know that they deserve to make choices that feel right to them regardless of what anyone else thinks.

1o Essential Things About Sex I Want My Daughters to Know 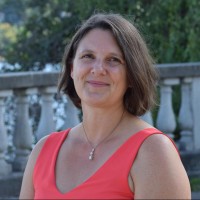 Kari O’Driscoll is a writer with a background in biology and medical ethics and has worked in medical and mental health settings. She is the parent of two teenage daughters. Her Work has appeared in anthologies on parenting and reproductive rights as well as multiple online sites, covering topics such as social justice, parenting, food politics, and mindfulness. She is the founder of The SELF Project, a company dedicated to enhancing the social-emotional health of adolescents and building stronger communities.