It was the very first moment of the new year. I stood under the shattered light of the disco ball as Dexy’s Midnight Runners “Come on Eileen” played. The ball had dropped, Auld Lang Syne had been sung and now Dexy’ ditty was the theme tune for couples all over the dance floor to start kissing. I was about to leave, having noticed my two girlfriends had found partners to smooch. Then he was there,”Happy New Year?” he offered and leant down to give me a kiss.

He had a job and a nice car and political views, it all seemed very grown up.

I told him I was 18, making me old enough to just meet the minimum drinking laws in the UK and so I could actually go to the pub with him.

My parents insisted on meeting him and grilling him with the sort of embarrassing, ‘What are your intentions with my daughter?’ questions that make teenagers curl up inwards with shame but apart from that, they allowed us to date.

[Read Next: Don’t Be an Idiot and 11 Other Dating Lessons For My Sons]

When we began dating, we went out for dinners and to the movies and generally had a good time together. The age gap was most notable when we discussed our musical tastes. I had never heard of “The Smith’s” and he could barely conceal his disgust. There were other times when my naivety showed. He took me to a Thai restaurant and I didn’t know how to use chopsticks. Another time he booked tickets to a French play and I was bored out of my mind. On one of our last dates, he took me to a work event and I think he was a little bit embarrassed by me. His colleagues were discussing stocks and financial portfolios and I was so out of my depth.

My mom and dad would greet him cheerfully each time he picked me up and my dad even took him out for a beer.

As a parent now myself, I cannot imagine allowing my vulnerable teenage daughter to date a man so much more worldly and sophisticated than her.

I wonder why my parents were so laid back about it? Am I just simply not as cool as they are? I wonder if now, twenty odd years later, if the world is a little more dangerous or at least we are more aware of all the bogey men waiting around dark corners.

When my parents looked at him they didn’t see a predator preying on an innocent girl. They saw a serious, mature young man who was less of a threat than an adolescent my own age.

My mom also admits that my dad wasn’t too thrilled with the prospect of his little girl being romanced by a fully grown man. However, they both realized that if they banned me from seeing him they would transform our relationship. A parental obstruction turns a flirtation and fondness for one another into a fully fledged Shakespearean love affair.

Within four months the fact that I was still very much a child had started to grate on my older man and the relationship fizzled out, naturally.

Looking back I see my parents played this one perfectly. I thought they were just being “cool” or less “uncool” than normal. But actually, it was far more sophisticated than that. Their reactions allowed me to feel comfortable bringing him home, I told them the truth about where we were going and I even went to my mom for love advice. Their game plan kept me close and safe. Then when the relationship came to a natural end, they comforted me and hadn’t been cast as the enemy of the scene.

When your teen starts dating you need to have a frank conversation about the rules of engagement, these will differ for every family but may include sticking to a curfew, always being reachable by cell phone, no school night dates etc.

If you are facing an age gap relationship and are worried about your teenager’s well-being as they navigate the world of dating and relationships, ensure you do the following:

5 Things Parents Should Do When Their Teens Begin Dating

Insist on meeting your child’s date

Remain positive (even if you hate the guy or girl)

Provide information and advice without judgement

Be open about the dangers of drinking and driving and instil assertiveness in your kids so they feel comfortable to say “No” if others are being irresponsible.

Only you know your teen and whether they are mature enough to cope with all the realities of dating. By providing them with information and resources and presenting yourself as a supportive figure you’ll ensure that they will be honest and come to you with any problems.

So bite your tongue and at least pretend to be cool! 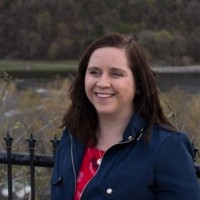 Fiona Tapp, is a Freelance Writer, Pro Blogger, and Educator. Her work has appeared in The Washington Post, New York Post, Brides, HuffPost, SheKnows, Parent.co and many others. Her portfolio can be viewed at www.fionatapp.com. She has traveled to over 20 countries and regularly writes on world travel and parenting.She is a former teacher of 13 years and Master’s degree holder in Education. Fiona is a Brit abroad and when she's not writing, she enjoys thunderstorms and making play dough cars with her toddler. You can follow her on Twitter or on Facebook