Dating is confusing enough when you are the one making the choices, but it can seem downright perilous watching your son or daughter in the labyrinth. Do you set rules? For them? For you? Learning the dating verbiage (wasn’t it easier when there were bases?) understanding the impact of social media and staying aware of shifting cultural mores seemed surmountable obstacles compared to determining my place as their mother. 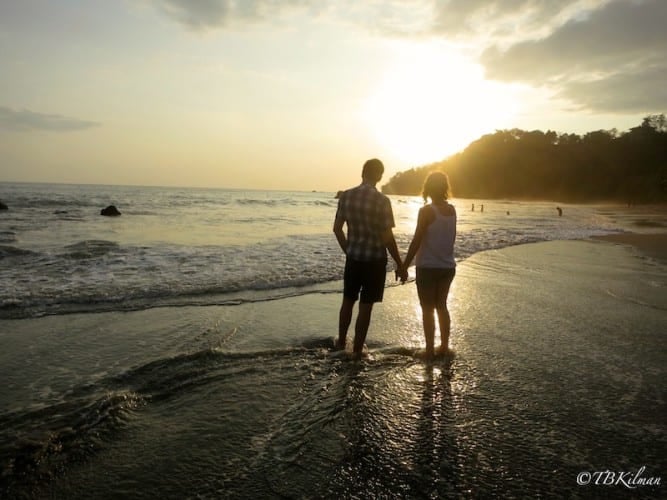 For my daughters and son, I had one rule, a few guidelines and lots of discussion. The hard and fast rule was, “There is NO dating in middle school.”This delayed the entry into teen dating and helped limit the drama of the tween years. Years later, all three kids admit that it was a relief to have this rule to protect them.

My guidelines were about respecting themselves and those they were with: Don’t make out with people whose name you don’t know, don’t go through people like they are Kleenex tissues, and wrap that rascal. This flippant advice got a laugh, but also created a starting point for conversations about standards of behavior, relationships and intimacy.

Rather than having just “The Talk,” our discussions were numerous and informal. Although nothing was off-limits, most conversations focused on the nuts and bolts of attraction. How do I know if someone likes me? How do I show someone I’m interested? Where should we go on a date? Do I want to date him or just make-out with him? When to define the relationship? How to let her down? Can you break off instead of break up? How to know when I’m ready for more intimacy? I couldn’t protect them from all the pitfalls of dating but with continual and open conversation I could encourage and nurture sound judgment.

As for my place in their dating scene I have one rule for myself – Mind the boundaries. I am NOT in the relationship and, unless safety is at issue, I do not meddle. Don’t stalk them on the internet. Don’t friend them on Facebook. Don’t follow them on Instagram. I don’t care how many times your son’s girlfriend has said, “it’s fine, you can follow me on Instagram”. It isn’t fine; it’s awkward. Some things never change, and one is that, as parents, we are in another generation – the adult generation – and are expected to behave as such.

My guidelines are about respecting my young adults: Choose to like the person they are dating, keep an open mind without surrendering my values and listen closely to their tone of voice as it often reflects more about their relationship than their words. This starting point promotes conversations about love, commitment and fidelity.

Now that my kids are older, our discussions continue to be numerous and informal. When my younger daughter was a college sophomore she queried, “What activity is considered sex?” What followed was a lengthy texting thread over the definition of sex. My older daughter, a doctor, used a “if you can get a disease from the activity” definition. My son, a scientist, used a “if you can get pleasure from the activity” definition. It prompted a further discussion of whether their academic training or their gender made their definitions differ.

Recently my son came to visit with his new girlfriend, the first woman he has brought home. There was the question of bedroom logistics: separate or shared quarters. Rather than involuntarily cling to my parents’ rule of “not until you are married,” I decided to allow my son and his girlfriend to do what was most comfortable for her. I wanted honest, open communication between us rather than play pretend. The choice was left up to them.

The time I’ve spent honing my ear for the ups and downs of relationships was rewarded a few years ago when my oldest called me to talk about the new guy she had met. I didn’t need the details of their meeting, their texting or their next date, I had heard it in her voice, she had found the one. Just like all those years ago when I learned to tell the difference between a hungry cry and a tired cry, now I could tell the difference between a guy she liked and the one she loved. They were married in May. I enjoyed watching her leave the dating maze and enter the wonder that is married life. Aggie Mannix is a lawyer, independent college counselor and aspiring writer. She is a graduate of Saint Mary’s College and Notre Dame Law School. She was a stay-at-home mom for twenty years, although the home didn’t stay in one place for long. She has lived in 8 states and 2 European countries, claiming addresses for 5 apartments and 10 houses. Currently she lives in Bucks County, PA with her husband and cairn terrier, Stella.