If you have a high school senior, you’re probably experiencing two kinds of thoughts right about now. The first is, “How did high school go by so fast?” And the second is, “Why did nobody tell me how EXPENSIVE having a senior is?”

Although we all knew graduation day was inevitable (and we’ve been preparing emotionally for it all year long), it goes unspoken how much expense is involved in graduating a high schooler. Most of us are unprepared for it.

In addition to all the college prep costs like SAT/ACTs, application fees, college housing, orientation, and admission deposits, there are many “senior year” costs.

Who knew I’d also be paying for the actual cap and gown and honor society sashes, special events like senior lunch, senior breakfast, grad night, senior pictures, athletic banquets, graduation announcements, and the list goes on and on and on. HASHTAG BROKE.

And then when the end of the school year eventually rolls around (and you’re totally out of money), you have to throw a graduation party?

Suppose by rustic, they mean the party takes place in an abandoned barn because it’s the only place that doesn’t require a giant security deposit and private catering. In that case, I will be throwing a rustic graduation party.

Unfortunately, it meant something totally different. I soon found myself spiraling down an endless plethora of ways to decorate with mason jars, chalkboards, large glass pitchers of melon-infused sparkling water, and detailed instructions for setting up a photo booth with hay barrels. WHAT!?!?

I don’t know about you, but my entire family was exhausted emotionally, mentally, and even physically by the end of my son’s senior year. It felt like the arduous climb up the K-12 mountain had thankfully (and finally!) been summited. As thrilling as that was, none of us had anything left in our festive (and financial) tanks to even think about throwing a graduation party.

My son didn’t mind; my spouse didn’t mind (and even my extended family didn’t care) that I wasn’t throwing him a party. The only person that had an issue with it was me. And my point was borne out of something that every mother deals with — the dreaded guilt factor.

What kind of mother doesn’t throw her child a high school graduation party? Put on your big girl panties and whip something together lady! Doesn’t your kid deserve at least that?

Weighed heavily on my chest.  And even though I knew deep down that not throwing my son a grad bash wouldn’t necessitate future psychotherapy on his part, I still inherently felt like a world-class “failing mom of a high school senior.”

And how ironic is it that even with all our failures and imperfections for 18 years, our kid successfully graduated high school, and we’re still unable to accept that we’ve done enough? That we’re doing enough? That the kids will be just fine in the end even without perfect everything surrounding them along the way?

But hasn’t that been the case for the last 18 years? Don’t we all, as mothers beat ourselves up enough about being anything less than perfect? Throughout childhood, didn’t we all feel lacking and lazy if we didn’t throw our kids a Pinterest-worthy birthday party every year?

I didn’t throw my first son a graduation party, and two years later, I didn’t throw my second son a party either. Nobody is emotionally bruised over it, and nobody is rubbing it in my face that they missed out on a “rustic-themed grad party for boys.” (In a barn, of course, adorned with twinkling lights and a three-tiered cake covered in fondant the colors of their future college.)

Instead, right after their graduation ceremony, we all headed out to dinner together, just immediate family. It was there we laughed and lingered over dessert, and talked of all the amazing adventures yet to come for our new college freshman. We may have even talked of throwing a “graduate school” graduation party someday down the road.

Because of that kind of accomplishment?

Well, that is something even I wouldn’t mind making mason jar centerpieces for.

Graduation Party Ideas: How to Celebrate Your Senior’s Big Day 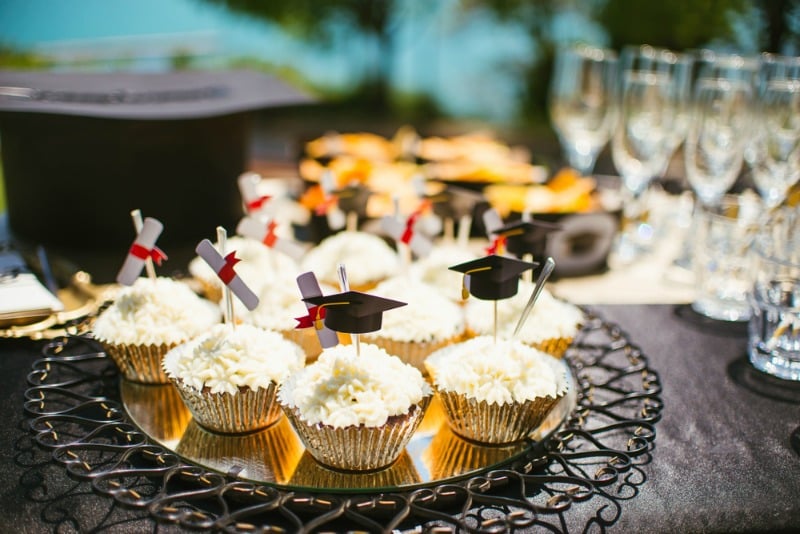 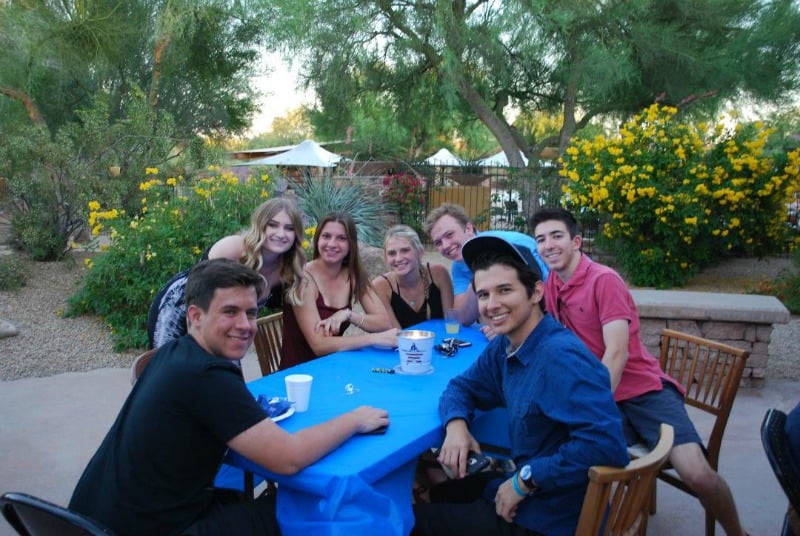 Back in February, in the thick of the pandemic, Jeri Williamson, a mom of three turned to a Facebook group she had been a member of for several years, Grown and Flown Parents. Jeri is a single mom whose son Trenten, who is currently 18, was diagnosed with Duchenne’s Muscular Dystrophy at the age of…