A number of years ago, when my girls were still in their single-digit ages, a person close to me said, “The way you’re raising your kids…someday Cameron is going to run away from home.”

Here is what he had witnessed that made him say this about my oldest daughter: It was a large gathering. We had been out all day in the sun. We’d mostly eaten junk food. We’d engaged in constant stimulation—water sports, lawn games, new faces. It was getting late. Cameron threw a tantrum and yelled at me, I no longer remember about what. And I didn’t discipline her. Or more accurately, I didn’t discipline her in the manner this person thought I should: out loud and in public. I didn’t immediately restore us to our rightful places —me as boss; her as obedient child. Sure, public humiliation is a quick way to bring a child back under the thumb of discipline.

And while I admit I had a knee-jerk reaction to do just that, I took a deep breath and decided to let it go.

When we got to our hotel room, she and I talked. I was still angry about how she’d treated me, and told her so, calmly. She argued that she was just tired, and didn’t mean it. I explained that even if she is fall-down exhausted, it is not acceptable to talk to me, or anyone, like that. She understood. She apologized. We hugged and told each other “I love you.” As far as we were concerned, the incident was over.

Until that comment was made the next day. This is the kind of comment that stays with you through the years. Sometimes, in the midst of an argument with Cameron, these words have risen from my memory and hung over me like a threat.

I would ask myself—what kind of risk are we taking, parenting with such a light touch? Were we, to paraphrase a Proverb, spoiling the child by sparing the rod?

From the time they were toddlers, our girls got choices: “Do you want apple juice or milk?” “Crackers or Cheerios?” “Skirt or shorts?” When they were in elementary school, we often negotiated via flying note. My girls would be upstairs in their rooms, steamed about something. I’d be downstairs, equally steamed.

Suddenly, I’d hear a fluttering, and there would be a folded note, signed by one of our daughters, or both, at the bottom of the steps. I’d open the note and read their thoughts, their sadness, their apologies. They always put forth ideas for resolution.

My husband or I, whoever was home, would print an answer on the back of the note, walk upstairs and slip it under their closed bedroom doors (where I now know they were waiting on the other side, belly down, in anticipation). Notes would pass until we found agreement. It took time and patience, but the results were worth it.

This kind of parenting even had a built-in punishment. For instance, if they hadn’t begun the two chores I’d assigned, I would tell them they had a choice: either get them done by 5:00 p.m., or do five chores the next day. If they chose the latter, and they sometimes did, we had to accept that, even if it wasn’t what we truly wanted. It wouldn’t be fair to give the impression that a choice existed if it really didn’t.

Both my husband and I were raised under the rule of parental law. We did what we were told. Efforts to negotiate or present alternative options were called “sassing” or “talking back.” So I always saw “parenting by consensus and discussion” as an experiment of sorts. Throughout the years, we’ve often told ourselves that if things looked bad, we could cancel the experiment, and return to a more authoritarian “do as I say,” parenting mode. For a number of years, I suppose it was possible. But now, with my girls 17 and 15 years old, it’s too late.

If I don’t have time or energy to engage in a debate, and I try the “because I said so” argument while wagging my finger in the air, they laugh at me. Then I see myself, standing there all red-faced and chest-puffed, and I laugh. We sit down and discuss and decide like rational people.

Now that we’ve given our daughters the power to think, reason, debate, and argue, it seems they will not give it up so easily. I do sometimes long for them to just listen to me—no questions asked, no explanation necessary. I dream about how nice it would be if I didn’t need a good reason to want my girls to stay home one night. Instead, I have to admit that I miss them, or that I don’t want to stay up late waiting for them, or make some other admission about my many human vulnerabilities.

A surprising result, however, is that they listen to my wishes, and often do try to work around them. I think of the word “tender” as I consider the way they listen to my side of an argument, modeling the way I’ve always tried to listen to theirs.

[Read Next: 18 Years, Our One Shot at Parenting]

Today, my girls are fully equipped with skills that I didn’t begin to develop until I was on my own: They clearly state their wants and needs. They talk about how they feel. They consider all the possibilities and consequences. They discern. They compromise. They choose. They are empowered.

I recently reminded Cameron about the tantrum, and told her about the comment I received afterwards. She remembered our late-night discussion. But she laughed off the comment. She thought it was the craziest thing she’d ever heard. Now that I think about it, it’s the craziest thing I’ve ever heard, too. I have no regrets about our parenting method. If I have any regret at all, it’s that I let this comment make me doubt myself for so many years.

This Mom Planned to Let Her Daughters Go: This is What Happened 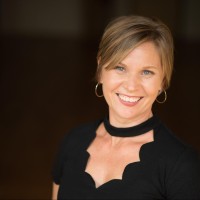 Keri Mangis is a writer, teacher, and speaker in Minneapolis. Her greatest desire is to live each day in constant communication with the universe and her own soul while remaining grounded in the bones and blood of real world living. She believes that life itself, from laundry to meditation to political activism, is spiritual practice. She is the mother of two teenage daughters. Follow her on Facebook, Twitter, Instagram.