As a new school year begins, it’s always a time of year when many of us want to start fresh and put our best foot forward. Maybe it’s the school supplies, new outfits, and new kicks but the first day of school has always felt like a new beginning to most – even more so than the new year.

We want our kids to thrive each year and we know there will be new challenges to face. We  want to support our kids in any way we can.

Do we push them a bit and encourage them to study and try harder in hopes the habit will stick and they will have a successful year?

Or, is it best to sit back and let them go at their own pace and speak up only if we see they are falling behind or having difficulties– something I know is hard for most parents as we always want our children to be their best selves. 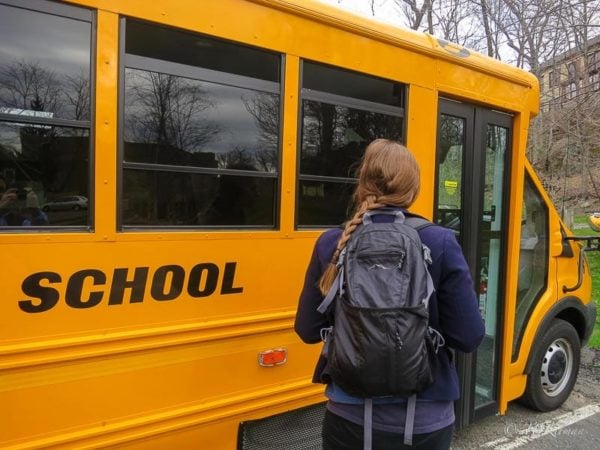 Grown and Flown talked to a few experts about how parents should handle the beginning of the year in a way which supports our children the best; it falls somewhere between pushing and doing nothing.

Caitlin Meister is the founder and director of Greer Meister Group, a private tutoring and educational consulting practice based in New York City, tells us instead of pushing our teens at the beginning of the school year, “we should be talking about confidence and academic independence instead,” she says.

A new school year means your child will need help “navigating new expectations and recalling and applying what they’ve previously learned so they can settle into the year,” says Meister.

The best way to support your child without pushing is to be aware of your student’s needs. While some may need outside academic support, others may need extra emotional support if they’ve struggled the year before with family or friend issues.

Meister says the group that is often overlooked are the 11th and 12th graders because “they are older and more independent.” But it’s important to keep in mind they will be managing the “SATs, ACTs, SAT Subjects tests and college applications along with their regular school work,” she says.

While their teachers can certainly help if things fall into crisis mode, if the parents are being mindful and supportive, we can often prevent that type of urgency and give them the tools they need along the way without pushing them too hard which can often have the opposite effect.

Dr. Linda Fleming McGhee, of McGhee & Associates, clinical psychologist Checy Chase, MD says if a parent is trying “to push a child towards academic goals, the ultimate result will likely be unsuccessful,” she says.

This happens because even if you child does reach their goals they are learning to depend on you too much and it also “undermines their self-esteem” she says.

Instead, Dr. McGhee believes it the best use of everyone’s time to sit and down and talk about attainable goals together and the beginning of the year is an excellent time to start this practice.

When they child is involved in their own goals instead of having a parent pushing them, they are “buying into the process not just being pulled along,” she says.

It also gives them a feeling of empowerment and “lays groundwork for autonomous adult functioning,” says Dr. McGhee.

Make sure the goals you are setting with your child are attainable. For example, if you child is an average student, expecting them to get perfect grades is only going to frustrate them. There is nothing wrong with encouraging them if you feel they are setting goals for themselves that are too low, but follow it up with ideas for them to try.

A few examples from Dr. McGhee are “setting aside and extra 10 minutes a day of study, cutting back on outside sports,” she says.

The most important piece of the puzzle is to make sure you are praising your child’s effort “regardless of whether the goals are being met,” says Dr. McGhee.

Our children need to know our love in unconditional and we will always be there to love and support them even if they don’t reach their goals or don’t want to make any in the first place.

Pushing our kids never seems to work, and if it does it’s temporary and they eventually fall into their own patterns and habits. Each school year beings on a lot of stress and changes for our teens, both academically and emotionally, and as parents we need to remember that when we feel the urge to come down on them because it appears they aren’t trying their hardest.

It’s important to take a step back and look at the bigger picture of our kids’ needs to feel heard, seen, and loved no matter how well they do in school.

7 Things Moms Of Teens No Longer Give A Crap About

Home / Articles / High School / How Hard Should We Push Our Teens?
FacebookPinTweetEmail