These words have taken me nearly thirty years to write, 30 years of being an adult, to realize that I have much to celebrate and — this was the tricky part to accept — that even now I am still healing and learning to manage my demons.

Seeing my boys grow into teens has provided me with the strength and confidence to speak my truth, knowing that I didn’t mess them up and that, despite the odds and with the help of the best partner imaginable, we actually ended up raising two pretty awesome, well-adjusted, well-parented kids.

When I got away from my father’s influence, I thought I would be free of his toxicity

I thought that leaving my father, and the toxicity of his influence, for college at age 18 was enough to set me free. It was not. The physical distance proved futile when it came to the level of control he commanded over my life.

I then, naively, thought that getting married to an incredible man — the diametric opposite of him — and having kids of my own, and subsequently severing all ties with the man I once called my father, would surely be enough to allow me to start over in life, begin a fresh chapter, as the cliche goes.

For the first few years of our boys’ lives, as a new mom mired in the guts and glory and joys and exhaustion of new parenthood, I thought I had made it. I thought that all was fine because I had turned a corner, cast the past aside forever and moved on for good.

Then my oldest turned five And six. And seven and eight…and I had more time to reflect on how I was doing as a mom. And life became trickier because the kids developed their own opinions (how dare they!) and it wasn’t just about catering to their basic needs. It became about the complexities of growing up, of school life, of their unique personalities and at times trying behavior emerging in place of the simplistic innocence of toddlerhood.

I was doing fine until parenthood became more complicated

Parenting got complicated and I often swayed from the well-thought-out, always-in-control, gleaming image of mothering I always imagined I would personify. After all, I thought I knew from the receiving end what it was like to be a terrible parent. “All” I had to do was be the opposite of him.

Not so easy, unfortunately. To my horror, I started to recognize the “monster” within who overreacted and yelled unnecessarily, who lost her temper too quickly at times over small things. I was not the pristine, calm, soft-spoken mom that I had replayed endlessly in my mind when I was younger, daydreaming about a future in a different world.

I would look in the mirror on a tough day of managing my growing boys and see him staring back at me, which was terrifying. I realized I had demons I couldn’t escape. There were many lines I never came close to crossing, but it tore me to pieces to concede that simply knowing I had to be a certain way couldn’t guarantee how I would react in the heat of the moment.

I realized the evil spirits don’t go away that easily because they represented the only type of parenting I had really ever known. But I also realized that knowing is half the battle and that acknowledging their presence is the critical first step in taking them down.

And so parenting my boys has been sometimes fraught with tearful apologies from me, with an “I’m sorry jar” — a glass vase filled to the brim with notes from me that I would read to my children every time I yelled too much or lost my temper or said something that makes them cry. The vase has been a visible, visceral reminder to me of the issues that stem from my girlhood and a clear prompt that I need to work on myself every day, very consciously, if I am to succeed where I was failed.

One of the many crushingly discouraging admonitions my father would deliver to me regularly was that there was no future for me in writing — because the industry isn’t lucrative unless you stand out, so don’t even bother. The subtexts were crystal clear: I would never stand out, and a career isn’t worth pursuing if it isn’t going to make tons of money.

I will always let my kids decide their paths in life

Suffice it to say, so many years after breaking free of his physical grasp, the writing feels incredible on many levels. It is therapeutic, liberating, cathartic, and simply superb. And as a mother it reinforces the notion I’ve always had — that my kids will always be free to choose their path in life. I will always stand ready to be their advisor, supporter, and number one fan — not the warden of their fate.

The irony is not lost on me that it is now my writing that is helping me to exorcize the baggage that haunts me, which in turn helps me to be a better parent. While I’m grateful for how far I’ve come in changing the narrative, I know it’s a work in progress.

I am a work in progress

Perhaps it will be my entire life and that’s okay. As I tell my kids when it comes to school and sports, “let’s focus on the progress, not necessarily the end result. Process over the outcome.”

I can flip the script, but I can’t erase the earlier footage; however, that history is part of my story, and I’m learning to own it and to channel it into positive energy for my children’s sake. I’ve come pretty far, and I’m feeling good about the future.

It is my sincerest hope that anyone reading this who can relate to my traumatic past understands without a speck of doubt that if I can get as far as I’ve gotten, she or he absolutely can as well. We are better than our pasts, better than our demons. 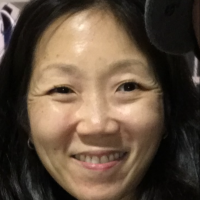