Yesterday my daughter broke up with her first real boyfriend. I received a text early that morning telling me she thought she was done and was ready to move on. For almost a year this boy has been the center of her universe. I was only sort of shocked though, because my husband and I had seen the writing on the wall for a while now.

I responded to her and told her that it was going to be ok but that she needed to talk to him face to face or at the very least have a phone conversation with him. Under no circumstances was she to break up with him via Snapchat or text.

Later that afternoon, I started receiving frantic texts from her. Some of her “friends” had been talking to him and trash talking her. She was devastated. One of the girls she considered a true friend. One of them not as much, but they have worked past drama off and on over the years. And her boyfriend was not defending her.

“Mom, why would they do that?” “Mom, I haven’t told anyone but you that I thought I might want to break up, it’s no one’s business!”

Mom counsels her daughter to stay above the gossip

I kept responding to each and every one. “Rise above it.” “Do not engage.” “Stick to your original plan.” “Just be kind, but feel free to tell them to mind their own business when you see those girls at practice.”

All day thoughts were going through my head. Because even though I was responding with all the correct answers my mama bear claws were out and I wanted to tell her to hit back where it hurts them the most. I wanted to tell her all the usual things, “It’s his loss.” “You can do better.” “Those girls are just jealous.” But, I didn’t. Because they are kids. And kids make mistakes.

And while I want her to stick up for herself, I mostly want her to be kind. I want her to learn that reacting in the moment won’t be worth the reward of rising above it all in the long run. And the boyfriend? We like him. He’s a good kid, just trying to navigate through life just like she is.

For hours my heart was in my throat. She had to get through the rest of the day and a basketball practice. I instantly flashed back to 6thand 7thgrade with her when she was so insecure. She obsessed over every little thing someone would say to her. She was convinced that no one liked her. That all the boys thought she was ugly because she was tall.

When she was scared of her own shadow. I was totally expecting to pick up a hot mess that evening.  So, when she climbed into the van with a smile on her face and said, “My shooting was on point today, Mom.” I was floored.

My daughter was totally mature about her break-up

She went on to say that she was sticking to her original plan. She knew deep down that he was ready to move on too. It’s just that instead of being honest and telling her he was pushing her away. She also recognized that it was partly because he didn’t want to hurt her. Even though the way he went about it hurt so badly that she would have preferred honesty.

She was totally mature and matter-of-fact about it. She, of course, got teary eyed and said she would miss him. And that it was going to be hard when the new girlfriend showed up, probably sooner rather than later, now that all the pieces of the last month were starting to make sense to her.

She was not going to engage in the girl drama either. She said she was going to tell the one she considered a good friend that she really hurt her feelings the next morning in class.  She says she isn’t going to acknowledge the situation at all with the other girl because she knows it’s not worth it.

She knows it really has nothing to do with her and everything to do with this girl being upset about something totally unrelated to her boyfriend. And that she had not one thing to feel guilty about.

Her real friends were wonderful and encouraging

She came home, ate dinner, showered, and with her sisters’ help picked out an outfit that she feels pretty in for the next day. She snapchatted with her real friends who are awesome. They were encouraging, sad with her, and reminded her that she is amazing.

She left for school this morning with a smile on her face feeling confident and ready to face the day. She’s in high school now. She has found her place. She has found her true friends. She believes she belongs on that basketball court. Even on the rough days at practice. She knows she earned it.

When my phone dinged shortly after school started this morning my heart jumped a little. But it was just my husband, who had been on night shift, checking to see how she was. I responded that she is a rock star and that I have never been prouder of the young woman we have raised.

That she is going to be just fine.

Is It Menopause or Empty Nest Syndrome? (The Answer is Probably Yes) 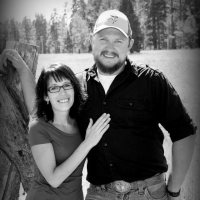 Julie Saint is a wife and mom of four kids. One boy and three girls. I am an avid reader and coffee drinker. We live in Wyoming where we enjoy the outdoors three months out of the year. I spend most of my time driving to every sporting event in a 200 mile radius and praying for it not to snow.