On September 22, Toni Hammer’s daughter Lily got off the school bus and burst into tears. She told her mom that when she went to sit with her friends on the bus, “they said they didn’t want her to sit with them.” Lily quickly recovered, but the incident left her mom thinking, and the next morning Toni penned a letter to her daughter, which she posted on Facebook. She wrote: 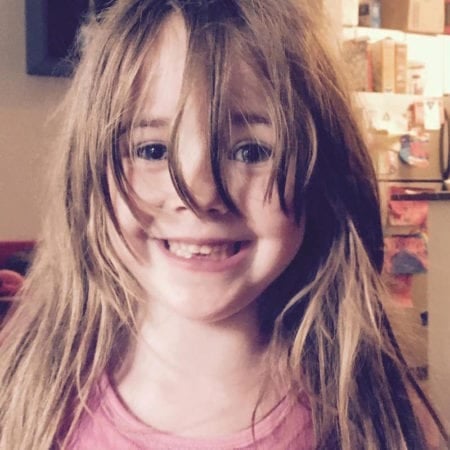 To my daughter, Don’t apologize when someone else bumps into you.

Don’t say “sorry to be such a pain.” You’re not a pain. You’re a person with thoughts and feelings who deserves respect.

Don’t make up reasons as to why you can’t go out with a guy you don’t wanna go out with. You don’t owe anyone an explanation. A simple “no thanks” should be acceptable.

Don’t over think what you eat in front of people. If you’re hungry, eat, and eat what you want. If you want pizza, don’t get a salad just because other people are around. Order the damn pizza. Read more here

Her letter, shared almost 2,500 times, has resonated with many. Among the many comments on the post were those from moms who say that Hammer’s words ring just as true for them as for their daughters. Many suggest that women need to hear more often that they need not conform to preconceived notions of acceptable “female” behavior. In other words, they should stop apologizing and start speaking up.

In an interview with Grown and Flown, Hammer, who blogs at tonihammer.com, explains how the lessons in her post “are even MORE important for teens. This letter is setting the foundation for my daughter to head into school, and head into her educational career, with confidence and pride in herself and who she is. But it’s really in high school when those lessons, that confidence is put to the test.”

She says, “In high school, I drowned daily in the desire to please everyone, to win the approval of others, to fit in. When there’s SO MUCH happening in those intense years — grades, friends, jobs, college — the last thing teens should worry about is making others happy by sacrificing their true self.”

Hammer hopes to “ingrain these lessons into Lily, into both of my kids, so that their mental and emotional energy can be focused on who they are, who they want to be, and where they’re going when they get to high school.”

Home / Articles / High School / Teen Girls / To My Daughter: Don’t Apologize For Being Who You Are
FacebookPinTweetEmail