We received the call on a Monday night from our daughter, a freshman at college, who began by saying “Mom, I’m ok but…” At that point, my stomach twisted and every nerve in my body began to buzz as I waited for the words to follow. Surely something bad had happened. 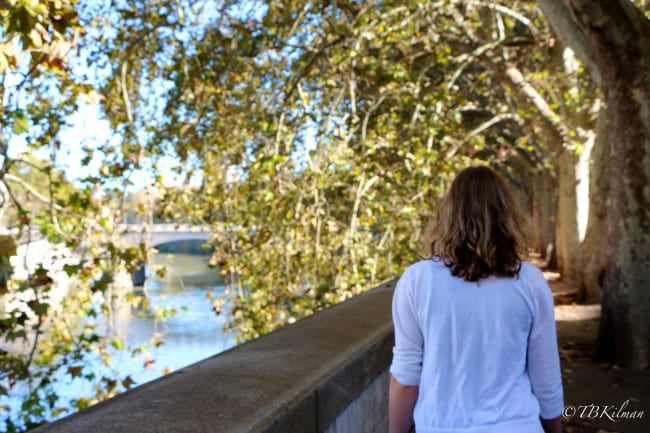 She told me that one of her classmates, Hannah Graham,* had gone missing over the weekend.

One of my daughter’s classmates was missing

Since my daughter’s call, I open emails to parents from her school, the University of Virginia, and read the Graham family’s heartbroken appeal. Local and national media report every development and show each grainy surveillance video. I study the photos of Hannah and cannot imagine how her parents endure the pain.

After dinner with friends at 11 PM on the previous Friday night, Hannah left alone and has not yet been found. She texted friends saying she was lost at 1:20 AM and then, nothing. As I gaze at each photograph, I agonize for her family and think, that could have been my daughter.

I think of the terrible state in which her parents, brother and friends live while authorities search for Hannah. The school has made counselors available for students and staff. They, again, publish the phone numbers of the midnight-7 AM Safe Rides car service, late night buses, and cabs that will take kids home, charging the bill to the student’s account.

I fear for my daughter’s safety

I feel an emotional wrestling match between my protective instincts and my daughter’s new-found independence. I want her to fully enjoy her college years, but as her mom, I cannot help but fear for her safety. I have a parenting double standard based on the gender of our children; our daughter is vulnerable to sexual assault in ways that her older brother was not.

I know that she is making friends and becoming familiar with the campus. But until she is woven snugly into a friend group and instinctively knows her way around school and it’s environs, my concern for her will keep me up at night.

When our daughter decided on a college in a bucolic town with a picture book campus, I felt she was in a safe place. Charlottesville ranks high on lists of Best College Towns but no school is set inside a fortress, and “almost every college struggles with campus safety issues.” according to Don Tollman, the former assistant director of admissions at Colorado State University.

[Read Next: How to Talk About Sexual Assault with Your College-Bound Teen ]

This summer, before they scattered for college, I sat in the kitchen with our daughter and a few of her girlfriends and asked about how they were feeling and what they would miss the most. They said they wanted to get along with their roommates, do well in school and make friends. Yet, they were concerned about their safety and one friend remarked, “I will miss how comfortable high school was, having the same routine every day, knowing everyone, knowing what is safe and not. It is scary to go into an environment where you don’t know.”

There’s this little secret college-bound and first-year college students outwardly deny: They are scared sick about going off to college. In our interviews with 175 college students throughout the United States for Survival Secrets of College Students (Barron’s, 2007) students talked—sometimes painfully—about what they wished they’d known ahead of time and what they would have done differently. In addition to fears about being smart enough, liking roommates, making friends, and missing home, students also worried about handling the party scene, having sex, covering costs, and being safe.

Concerns about safety are real, especially in the “Red Zone,” the early part of the school year. The 2007 Campus Sexual Assault Study discovered that “more than 50% of college sexual assaults occur in August, September, October, or November. The CSA’s findings also indicate ‘that women who are victimized during college are most likely to be victimized early on in their college tenure.”

In a text from our daughter a few nights ago, she said what had happened to Hannah was “an eye opening experience….I always knew that college can be more dangerous but this makes it more real.”

I remind my daughter to be vigilant about her safety

So as we hope and pray for this young woman’s safe return, I double down on reminders to her to absolutely NOT walk alone at night, to not drink at all or too much, and to please, please be careful. She assures me that she travels to and from her dorm with friends when she goes out in the evenings. She has the campus safety numbers loaded on her phone. I now have her roommate’s number in my cell.

I suggested this additional advice from author Kelci Lyn Lucier from her essay 15 Ways to Stay Safe While in College,

Make sure someone knows where you are at all times. Heading to a club downtown? Going out on a date? There’s no need to spill all the intimate details, but do let someone (a friend, a roommate, etc.) know where you’re going and what time you expect to get back.

At the risk of hovering when I should be distancing myself, if our daughter does not yet have a friend to check in with, she knows I will be that person to whom she can send a late night text saying she is back in her dorm.

Meanwhile, I try to not let my anxiety creep into our calls or text messages. I disguise my great relief when I see her phone number pop up on my screen. Trying to keep it light, I send her photos of her dogs back home, a baby goat video and, yesterday, one of a duck snoring. She responds “cute” and my heart melts.

The school urges us to help our kids continue their academic and extracurricular routines. The question remains: how can our daughter and other freshman girls, in particular, best manage legitimate anxiety while embracing an exciting yet still unfamiliar college world? And in the wake of a disappearance of an 18-year old girl, how will the balance between caution and adventure shift?

College Care Packages for Every Kind of Student

*Update : Hannah Graham’s remains were discovered on 12/18/14, over a month after she went missing. To read more about the case, click here.

Home / Articles / College/Off to College / College Parents / Daughter at College: What Keeps Me Up at Night
FacebookPinTweetEmail 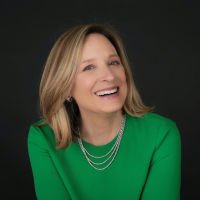