I was only a spectator to my oldest son’s first year of soccer, which wasn’t unexpected because I had never played the game myself. I grew up during a time when it seemed the only organized sport in my town was Little League and, outside of that, my friends and I mostly played softball, baseball, football and hockey, all of it in the street.

I first discovered soccer in college. My college did not have a (American) football team and was perpetually ranked #1 or #2 in New England. To the extent we could muster up some broad school spirit, it mostly centered around that team. It was also the era of the North American Soccer League (NASL) and, because the father of one of my friends was an executive with the company that owned the then globally famous NY Cosmos, I was able to attend games featuring the likes of Franz Beckenbauer, Carlos Alberto and Giorgio Chinaglia.

By the time I finished graduate school a few years after college, the NASL was dead and I was too far from my alma mater to attend games. More importantly, I was getting busy with life and didn’t think much about soccer, especially with my beloved Mets having enough of a good run to keep my sport soul sated. But then along came my oldest son and, by the time came for him to start in sports, soccer had become a thing.

So off we schlepped to a nearby wind-swept sea of soccer fields of assorted sizes. The most memorable part of that first season was my son’s good-natured coach, who often found himself having to carry my son upside down off the field, as he always refused – quite angrily – to be subbed out and the method was an effective way both to remove him from the field and get his tantrum to change to laughs.

A year later, a friend who was already coaching his older son, asked if I would coach with him on our sons’ team. I figured I knew enough of the basics and, with practices on Saturdays and games on Sundays, I recognized it was the only coaching gig my working hours would permit. I’ve now been on the pitch as a coach and manager for 23 years but it will all come to an end when my youngest son finishes out his playing career this spring.

I won’t miss the weather extremes and I have little doubt my wife and I will find things to do with our new-found time.

But as much as I’ve grown to love the Beautiful Game, this was not about sports; this was about being with, and being there for, my sons. My oldest, who has by far the most competitive drive of the three, was difficult to coach. As angry as he sometimes got me, it was more important to me – and I think him – for me to be with him as his coach.

My middle son had the best size and strength to succeed but he was more like Ferdinand the Bull. Still, he was so happy out there doing it his own way and always was appreciative that I was his coach. I still remember his warm hugs during practice.

My youngest son is the best player of the three. Our relationship as player and coach in certain ways was the toughest because he excelled early on and my expectations were high. As a dad, it’s been a pure joy. Having gained a lotof perspective on athletic prowess and success over my years as a coach, I’ve been able to appreciate him, accept decisions he’s made, and am proud that of my three “Coach’s Rules” – be respectful, try your hardest, have fun – he took the last, and most important one, to heart.

My soccer time with my sons hasn’t been limited to coaching; we began to watch games together, too. Pretty much every Saturday and Sunday of the Premier League season found us in the family room watching game after game together. It was another way for us to be together as much as it was about the soccer. The oldest two, however, work and no longer live at home.

That means that shortly before I coach my son’s last game, I will also be watching my last Arsenal game with him for a long time. I guess I knew this time would come eventually but, as much as I know I will be able to fill the time, I don’t yet know how I will fill the void. Soccer will still be there but it will never be the same.

Senior Year of High School Feels Like The Year of Tears

Mark Fischer has been a soccer coach, team manager and referee for almost as long as he’s been a dad. Most of the time, he is General Counsel of PVH Corp., one of the world’s largest apparel companies. He’s married to a successful blogger and has three sons, one of whom had a blog go viral. This is Mark’s first opportunity to join the family business.

Home / Articles / High School / It’s Not About The Sport: A Dad Gets Ready for His Son’s Last Game
FacebookPinTweetEmail

After a Spring Without Them, I Promise Never to Complain About High School Sports Again

Last fall my high school sophomore – an avid golfer, out of the blue decided he wanted to join the cross country team in lieu of playing fall golf. As a long time runner myself, I was overjoyed that he was branching out of his athletic comfort zone and trying something new. I was excited…

I recently saw a young teen publicly thank his parents on social media. It wasn’t a generic, thanks-for-all-that-you-do, kind of post. This one stopped me in my tracks. This specific nod to the parents was, “Thank you for giving me everything I want.” At first I thought maybe this was a status symbol of sorts,…

Today my son’s community college Baseball career has came to an end. As I sit here heartbroken for him, I have to admit I unselfishly had no desire to see him stop playing anytime soon. I so wanted his team to advance to the next level. However tonight, they just couldn’t pull it off. Many… 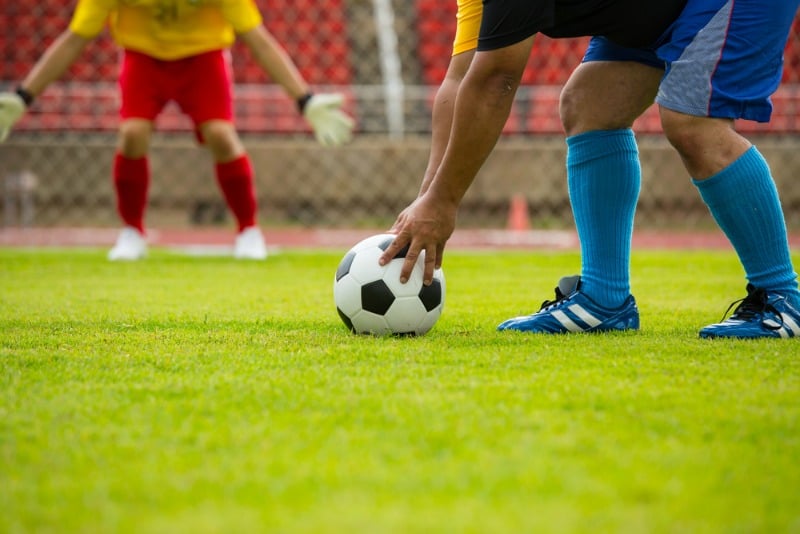 I recently overheard some parents of 8th graders discussing the high school athletic programs their kids will soon be headed to. One expressed concern over the fact her son would most likely not make the soccer team because he has only been playing for three years, and only playing on the local “county parks and…