Like many parents, I’d look into the big, round eyes of my young children and dread the days my kids became teenagers. At two months or six years, we think we can protect our children and hold onto their innocence. But the thought of middle school, adolescence, interest in sex, attitudes, pimples, cliques, experimenting, drivers ed, and well, we don’t want those years to come.

My kids are one school year apart. And with one girl and one boy, plus the added challenge of parenting alone, I dreaded what was ahead in middle school. But a funny thing happened. We had an excellent middle school experience. There was little to no drama, and what’s even better, our relationship has come out on the other side stronger.

The 8 reasons you may love the middle school years

Laughter The laughter I have with my middle schoolers surpasses any kind of laughter I’ve had with them. When my kids were younger, I’d laugh when they did something funny. But laugh so hard my face hurt? Multiple times a week? No. That’s only happened since my kids have grown into their sense of humor.

Late nights I thought the late nights would end when my babies became big kids, and my sleep would become mine again. The late-night talks I have with my teenagers have surprised and delighted me. I don’t need to say much of anything. Teenagers come alive, the darker it gets. If I can summon a second or third wind, then their excited voices can keep me awake.

Who they are becoming When our kids are babies, we look at their baby faces and imagine who they’d become when they grew up. When they begin middle school, we see their real personalities taking hold. I see my son becoming so passionate about retelling the news story about the burning of the U.S. flag.

“Mom, they can protest, but they cannot burn the flag that men have died fighting for,” he says with glassy eyes. Where did he get this firm conviction that will carry him through life?

Inappropriate TV My son and I watched all nine seasons twice back-to-back of The Office the fall of his 7th-grade year. Neither of us got up to get a snack or go to the bathroom without pausing the show. This year, I threw him an Office birthday party complete with Office Trivia and a “That’s what she said” card…yes from his mom.

During quarantine, my daughter and I watched 16 seasons of Grey’s Anatomy together. Some nights we’d watch five episodes staying up past midnight even though work still loomed for me in the morning. She’d impatiently wait until the next evening when I could quit working so we could begin another mini-Grey’s Anatomy binge.

She’d take control of the remote and fast forward through the sex scenes in the opening of almost every episode. I’d feel a strong mom-guilt occasionally of “Should my 14-year-old be learning about orgasms from Grey’s Anatomy” then think she probably already knows, followed quickly by “It’s 2020, I just can’t.”

My son thrived in middle school

I worried that my son would fail. Expectations in middle school are more strict than in grade school, especially for organization. In his last year in grade school, he brought home exactly zero school papers until the last day of school when he opened up his backpack, and it burst open with all the papers from the whole year. He surprised me by thriving in middle school.

No one expected much of him in grade school, so that’s what he lived up to. In middle school, he rose to the challenge. I’m no longer listening to what I “should be” worried about with my kids. I now look forward to high school. And maybe one day I’ll look forward to having an empty nest.

Teacher and Professor has Advice for Parenting Middle School Students This expert and mom offers excellent advice about parenting this age group. 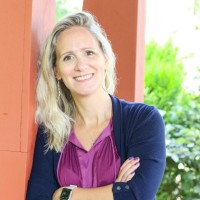 Jen Smith is an writer, speaker and coach for single moms. A single mom for eight years, Jen understands firsthand how the single parent journey can be lonely and long, yet rewarding. A former technical writer, Jen quit the corporate world after 20 years to work from home and spend more time with her two teens. She currently writes at Grace for Single Parents and podcasts at Grace for Single Parents to encourage single moms to live their best life with trust, faith and grace. 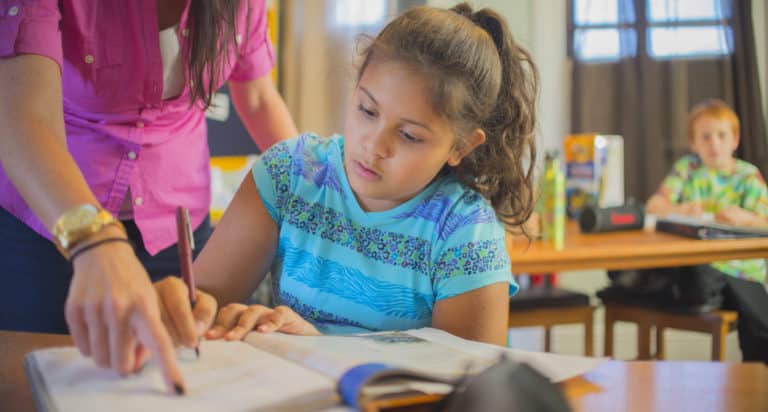 One time there was a child, 8 years old and still covered in the sweet layer of baby chub before stretching and thinning out in puberty, standing in line to go to the cafeteria to eat lunch with his class.  A group of 5th graders on the cusp of puberty walked by the younger class…