“Child Protective Services was just here looking for you,” my husband said. Marty, a curly-haired, real estate lawyer with a great sense of humor, had been waiting for me in our lobby as I returned from the park pushing our sons in their double stroller.

“No, seriously,” he said. “I thought it was Joe’s idea of a joke,” he continued, referring to a prankster friend. “But they left a note with the doorman.”

My smile faded. Our rambunctious toddlers, Justin and Dylan, ages 3 and 1, were infamous in the building for their high energy, to put it mildly. It had occurred to me that someone might complain. I thought of this incident as I read Kim Brooks new book, Small Animals: Parenthood in the Age of Fear

about being arrested after leaving her child alone in a car while she briefly ran into a store, and how fear of giving children freedom came at a cost.

Two days after getting the note, there was a knock at our apartment. It was Division of Youth and Family Services (DYFS).  The case worker came in. I still didn’t know what the actual complaint was. I tried to look calm while running through various scenarios. None of my parenting books had a chapter on “What to do When Child Services Comes Knocking.”

I was a nicely dressed 35-year-old, Jewish stay-at-home mom. My boys were clean and playing quietly with a nanny in our living room. A fragrant pot of chicken and sweet potatoes was simmering on the stove for lunch. It looked like a scene from Parent’s Magazine.

I knew that didn’t give me an automatic pass, since child abusers came in all forms. I couldn’t assume they were going to differentiate in their evaluation based on appearances. My mind was racing with awful outcomes, the worst, watching them leave with my kids.

She explained that an anonymous neighbor made a complaint about children being locked out of the apartment, as well as hearing screaming on several occasions. Immediately I knew who it was and what happened. Justin had broken both arms from climbing and falling off the stroller earlier that year, which raised eyebrows in the building.

Months later, he was playing roughly outside with the son of a neighbor. He was a divorced dad with part-time custody. I kidded that if Justin hurt himself again Child Services was going to come after me.

I explained this to the case worker. I told her that I never locked them out. They loved to wait in the hallway on their personalized child chairs for their dad to come home from work while I watched from the open door. I described how Justin’s minor hearing loss caused speech delays and he sometimes screamed and had tantrums when he wasn’t understood.

The shame I felt was paralyzing. Just being accused made me feel guilty. I didn’t even share this with my close family. They might have questioned my actions and discipline style. Parenting high-spirited children was hard enough without the criticism of others.

I’d already felt so torn about being a working mom that I left a PR job I loved to stay home. My pediatrician told me to let them scream it out during a tantrum or when they wouldn’t sleep. But with an open case, and intense humiliation, I gave in just to keep them quiet. There would be no more treats of waiting for daddy. There was lots of shushing — no more room for mistakes.

After a second surprise visit, I received documentation that the case was dismissed for lack of evidence. They may have closed the case, it but I couldn’t let it go. I was furious at the meddling neighbor and anxious about anyone hearing through our thin-walled apartment. I felt uncomfortable in my own home and knew we might have to leave our beloved city where we’d hoped to raise our boys.

I was worried about judgment from the doorman, the playgroup, my in-laws, and moms at the playground.  We came to a decision. Our boys needed space. We needed privacy. We bought a house in the suburbs. Moving day came. My accuser stepped into the elevator.  I’d successfully avoided him but now I had a final chance to absolve myself without fear of repercussions.

“I know what you did,” I said. “You called Child Services, and you were terribly wrong.”

“Okay, it was me,” he admitted. “I once ignored a similar hunch in the past and it resulted in a child being harmed. I didn’t want to have that happen again,” he answered. I told him what I’d told the case worker. “I’m sorry then,” he said.

I didn’t know if he was telling the truth. Was it possible that he was just annoyed and vindictive about my kids being in his hallway?

I made many mistakes over the years. I did my share of yelling while making what my kids called “the scary face.” We once forgot a child at a local store. I accidentally locked the car with the keys and boys inside. I once smacked one of my kids in frustration.  But the biggest mistake was worrying so much about others’ opinions on how I handled my children.

The cost was that I didn’t trust myself about what was right for my family for fear of being called a bad parent or being reported. I sometimes excused bad behavior or gave in to a tantrum to avoid a scene in public. I am thankful I raised my boys before everyone carried a cellphone and I might have been shamed all over the internet.

Why was it always the mother that gets blamed? We were a two-parent home but my husband worked late and I was often alone at the “bewitching hour” when they were tired and hungry. Even Marty didn’t always back me up during an argument with a child.

I tried to find answers on disciplining and tantrums – I read numerous books and joined a parenting group. My pediatrician finally gave me his best advice after I told him his recommendations on time-outs and bedtime routines wasn’t helping – “just do what works.”

That was what I did most of the time. But even in the quiet environs I still had the dread of another investigation in my head.  Suburban moms can be very gossipy.

It was years before I finally told my family what happened. They knew how stressed I was raising two boisterous sons and I didn’t want them to doubt my ability to control them or my frustrations. I waited until my kids were much older, and jokingly mentioned that things were so wild in the earlier years that Child Services even came to check. If there was judgment they kept it to themselves.

My boys thrived in the suburbs. They are 28 and 26 now – alive, successful and independent. We are all back in NYC and enjoy family dinners and trips. I’ve kept those DYFS papers all these years along with their baby teeth and artwork — another trophy from the marathon of parenting.

Having Intellectual Conversations With My Teen Is So Cool

Let Your Teens Fail At Home So They Learn How To 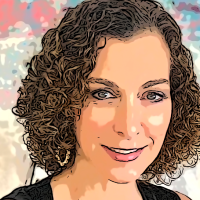 Susan Kravet is a freelance writer with a passion for writing from personal experience on the topics of parenting, women’s issues and relationships. She enjoys finding the humor in her observations of everyday life. She and her husband live in NY and have two sons in their 20s.  She is a former PR director for Saks Fifth Avenue and currently volunteer in a Child Life program at NYU hospital. In her free time, she enjoys photography, gallery hopping, travel, and seeking out great cocktail bars. You can find more of her essays on her blog, MOTHAHOOD.BLOG