Just like there isn’t a manual when we bring our bundle of joy home from the hospital, there isn’t a manual on how to guide a new high school graduate. I was expecting my son’s first day of work to be like his first day of young 5’s. I was anxiously waiting at home for his car to pull into the driveway, for him to bop in with a smile and say he had the greatest day ever. Instead, he walked in, gave a groan, fell on the cool tiled kitchen floor and took a nap.

Six days after graduation, our son got a job as a welder. My son had his welding helmet and protective gear in his car in order to take the necessary welding test. After taking the test he was sent to the temp service to do all the paperwork for the job.

He started his new job working the morning shift, 7am-3pm, 5 days a week. One thing that you can’t do after graduation…….call the school office! It’s all them. But here are a few things that my husband and I have learned to do to help our son transition into the work force.

1. Your teen will be completely overwhelmed on his first couple days of his new skilled job.

At age 12, our son had a job working with my husband at the shop. He eased into new responsibilities as he aged but that’s not how it worked for his job six days after graduation. He was put on the robotic welder and was trained. He would text us explaining he didn’t know if he could handle it and worried that it was a job for 30 year olds. One of my texts to him during his 2nd day of work was to talk to his boss after his shift and explain how he was feeling.

His boss was very kind to him and said that he was putting too much pressure on himself. We also took him to dinner that night and talked it out with him. At the end of dinner, he agreed to give himself two weeks to re-evaluate how he felt at the end of that period. Each day slowly got better, he learned what he was to do, and he became comfortable with the people he was working with.

2. Your teen will need to find his voice and learn to speak up at work.

As he walked through the buildings with the welding supervisor before he was hired, he was told he would get a $1/hour raise after his first 90 days. However, when the time came, that $1/hour raise wasn’t showing up on his paychecks. After it didn’t show up on the first check, I encouraged my son to talk to someone in Human Resources about the raise he was supposed to receive. This went on for a couple of weeks. My husband and I would coach him on who to talk to, what to say and how to say it professionally. His $1 an hour raise finally showed up in his paycheck a few weeks later.

3. Our son had to learn that he had control over his working situation.

My son was on morning shift since he was initially hired and though his supervisor mentioned a couple of times about putting him on afternoons, his boss never followed through. My son had decided he wanted to go to community college to take some more welding classes and get certified. He signed up for 8 credit hours and the classes conflicted with the afternoon work schedule his supervisor was now getting around to requiring. He would have to tell his supervisor about his classes ask to leave early on those days.

My son at first felt powerless to change the situation but, over time, we helped him see that there was a solution that would work for both sides. After my son met with his supervisor and explained his desire to better his skills in order to excel at his job, the supervisor offered him a work schedule that would allow him to take his credits.

4. Your teen will have to learn how to say “Let me think about it and get back to you.”

During the period that it took for my son to work his schedule around his classes, we have encouraged him not to speak quickly. We told him to resist the urge to give a quick answer simply because a supervisor asked a question.We have told our son to use the phrase, “Let me think about it and I will get back to you in a day or two.” His supervisor has respected that. Our son comes home and we talk it over with him. In the end we ask the question, “What do you want to do?” This makes it his choice after we have discussed different scenarios and options.

We didn’t make it easy on him and ask someone to put in for his post 90-day raise. Instead we let him find his voice and ask for his own hourly raise.

He did it with confidence just as he had advocated for himself in high school.

His supervisor could have just given him the two afternoons off for his classes? Instead, he made my son  choose between working part-time and possibly looking for another job or working full-time on a shift that will take him out of his comfort zone.

As parents, we have stayed calmed through these various lessons. We don’t create drama out of nothing. We remain positive but realistic. This attitude has carried over to our son which is good because he is the one who has to have these not-so-easy conversations with his supervisor and the Human Resources department.

We didn’t expect high school to teach our son how to behave in the workplace. We know that it’s our job to guide him as these situations arise. Sometimes it doesn’t seem like your kids are listening but they are and I believe that one day they will look back and appreciate the value of these conversations.

I Just Have One Question: Where Are All The Plumbers?

My Teens Are Learning A Trade. Why I Think That’s Essential 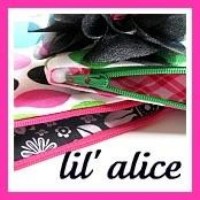 Katy Reitz is a wife of 21 years to Rich, & mom of sons, Zakkery (19) & Jeremiah (16). Katy is a proud Stay At Home Mom. She is an Etsy Shop Owner of lil’ alice (lilalicesews) She loves to create as a way to unwind and relax. She also enjoys photographing her sons sports from the sidelines, baking, cooking and working out. She adores her tribe of girlfriends and is known as the honest friend in the crowd.

Why Are We Expecting Teens To Have It All Figured Out?

“So, what do you want to do when you graduate?” I know it’s a common question to ask a teenager. I’ve done it. Growing up my parents often asked me this question, and now that my oldest is approaching the end of his sophomore year of high school, it feels like this question is being…