My kids push my buttons every day, sometimes more than they did when they were younger. It makes sense, after all, they’ve had more time to perfect the art of pissing mom off.

While I like a good teasing session (which they do a lot), I’m not talking about that. I am talking about the energy moms spend on teenagers. It’s more of a mental than physical game these days. Sure, I’m running them all over different towns and on their backs about not eating out of a peanut butter jar, or waiting until they have no clean clothes left and cramming the entire contents of their closet into the washing machine. But that doesn’t take a toll on my body like holding a toddler or being knee-deep in diapers did. 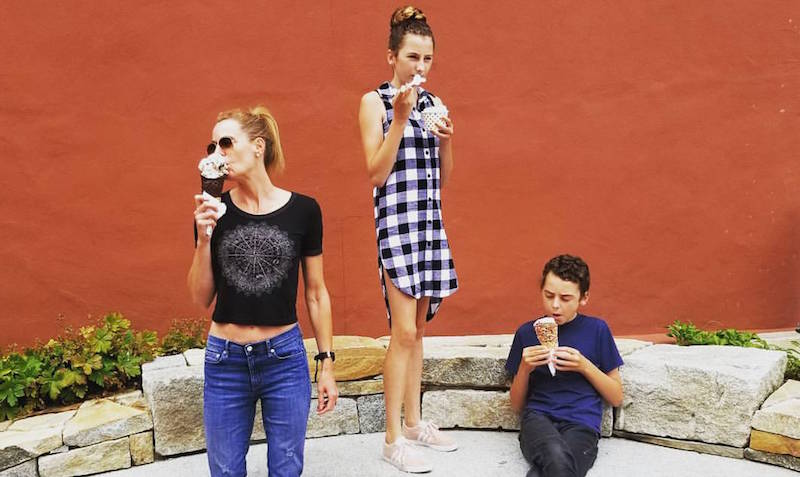 The truth is, when your kids are young, it’s physically and mentally draining, yes, but now I have teenagers, I would say the mental aspect of trying to raise them right is the game-changer for me. I find I’m mentally tapped out from worrying, making sure I’ve covered all the aspects of sex, drugs, and social pressures at least once a month. It takes more work to get into their heads and see what’s going on with them outside the home.

Which leaves me more exhausted than I ever thought possible. I somehow though that having kids who are more self-sufficient would give me all my energy back, and it’s just not the way it is.

I am just going to say it– I still need a break from my kids now that they are older. I need time to recharge my batteries just as I did when they were younger, Now that my son is over 6 feet tall, and has almost 30 pounds on me, I can’t exactly put him in a time out.

I mean, I still do send him to his room when I’ve had enough of his eye-rolling or back talk, but it’s not as affective as it once was– he loves going up to his room. It hardly feels like a punishment to him.

When I was on the cusp of the teen years, I didn’t realize I would still need a break. And for a while, I felt horribly guilty admitting that to myself much less saying it out loud or writing about it. Since they can do almost everything for themselves, I enjoy their company, and they are huge helpers around the house, how could I want to be away from them or crave a break?

I began to wonder if I was selfish. But I’m not selfish. I want to be a really good mother to them, especially during these tumultuous years, and the best way to do that (for me), is to take a step back sometimes. I’ve come to realize this is a normal part of a teen/parent relationship and it’s okay. If I can walk away when I am angry or hurt by something they have done, it helps put it into perspective. I’m able to clear my head and not be so emotional and reactive– something I’ve learned to be a very important aspect of parenting teenagers. Removing yourself from a situation can make you deal with things in a more rational way, and if our teens need anything in this life, it’s rational parents.

And they need time away from me, too. A little respite does us all good. And just because you aren’t chasing around a child with a baby on your hip, or spending an hour trying to get them in bed anymore, doesn’t mean you don’t need and deserve break.

All parents are at their best when they know how to step away. Of course we can’t do it whenever we want, but it’s important to recognize the feeling when it creeps up and ask for help, go for a walk to get some space, or send them outside for a few hours.

That feeling of needing time away in order to gain some perspective doesn’t go away because your kids are older– in fact, you might find you need more of it than ever before, and if it helps build a strong relationship between you and your child, that’s what is important.

Teaching Teens Gratitude: Tough Job But Needs to be Done

Kid in Their Room All Day? Why Teens Crave Privacy