‘I’m still trying to adjust to everything.’

‘I’ve been meaning to call you.’

Our son transferred to a new school at midterm. The day after we left to head home after moving him in to his new apartment, I received these texts. 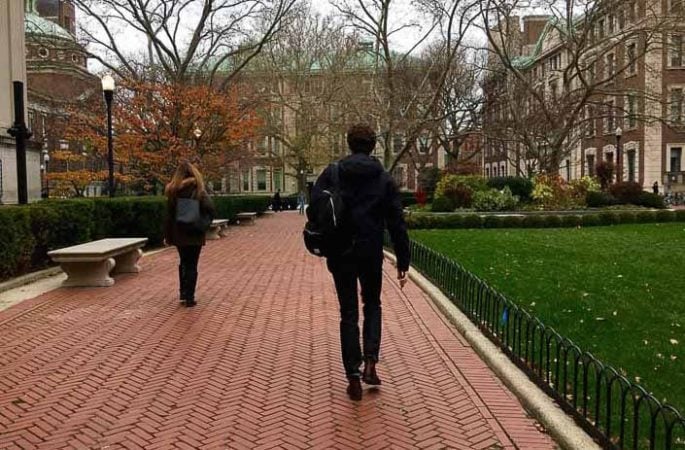 The texts kept coming. I responded with encouraging thoughts. I shared ideas of how to find friends. I suggested things to do.

My heart hurt and I just wanted to write the words that would make the sadness go away. I hoped whatever I texted him would lift his spirits and make him feel better. It was the kiss on the boo boo remedy I wanted.

‘Yeah, but it’s not the same as my friends back home.’

[More on How to Help Your Homesick Student here.]

The yeahs were in response to my ideas but I didn’t believe he agreed or felt any better. So, I kept on. I quoted Bible verses. I offered up my insights. I sent pictures of his sisters being silly. I shared stories of my days at school.

‘That’s true.’ ‘That might be it.’ OK. Those responses felt a bit more positive. I missed him already, too. And, I was praying for him. I was trying to adjust. His empty room. His car still parked out in front of the house.

This is the third school in two years for my son. He started at a small private school a few hours north of us playing football. We saw him every weekend during the fall. He came home on off-weeks. It was as if he never went away.

Then, he quit the team. He stayed through the spring semester and solidified friendships, found things to do, but never quite felt as if he fit in at the school. Without scholarships and a firm commitment to the school, we knew it wasn’t the right place for him. We packed up the dorm and moved him home. I knew it would be at least for the summer and more than likely, the fall.

He attended community college and worked. He grew up. He matured. He saved money. He was home. It was nice.

He has two younger sisters who loved him being home. He met my mom at church for Wednesday night suppers. He helped babysit and drive them to activities. Yeah, the occasional late nights – really, early mornings – made me a little crazy, but he was home.

[How to Keep Your Family Knitted Together here.]

I knew he wouldn’t stay home and I wanted him to go off to school. I just didn’t think it would happen so fast and be so far.

He took initiative. He applied. He was accepted. He visited. He registered. He had a roommate. He found an apartment.

[More on Applying To College here.]

I knew this would be tough. Starting over at a big university in the middle of the year is not easy. Learning buildings and bus schedules is hard. Living in an apartment for the first time sounds fun and exciting, but it is a responsibility.

Those texts ripped me apart and I was ready to get back on the road and bring him home. I could have him under my roof another semester. He could, once again, help me with his sisters. He could just be here.

I remember there were transfer students at my university. I remember thinking that must have been hard. I remember wondering how you could make friends and find things to do.

My son is not an outgoing kid. He is cautious in building relationships and typically has a few close friends. He is really a homebody at heart. His best friend is still back home. His roommate is a close friend, but someone who already knows quite a few people up at school. It’s his second year there. And, he has a car and a girlfriend.

Without my son having his car, I knew the weekends could be long. I know he wants to work, but the options for jobs within walking distance or on campus are few. I know he wants to run over to the mall or not be dependent on someone else for transportation.

The temperatures are cold where he is. There are gray days. That kind of weather can wear someone down. It can keep you inside where all you do is watch TV or sleep.

The school, the weather, the lack of a car and job, new friends . . . it’s all an adjustment.

Now, we are a few weeks in. He’s playing intramural basketball. He’s in a golf class he likes. He’s studying on the weekends. He’s buying groceries and cooking. He’s figured out the bus and how to get to and from class.

We text most every day. Oftentimes, there is a request for information or money. We Facetime so he can see his sisters and I can see his face. (I think he needs to find a barber up there.)

The texts are more upbeat these days.

‘Still getting used to everything.’
Me, too, sweetie. Me, too.

How to NOT Miss Your Freshman Son: 25 Reminders

Empty Nest: When the Kids Leave Home, Who is the Me Left Behind?

Why I Want My Son To Think of College As Home 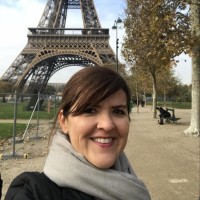 Jill Petri lives in San Antonio and is the wife of a high school coach and the mom of three children. Her son is a sophomore in college and her twin seven-year-old girls are in the second grade. Jill works full-time as a sales coach, change leader and facilitator for a Texas-based financial institution.

With a degree in Journalism from Baylor University, Jill started her career as a reporter but has always been and remains a writer with the countless diaries and journals to prove it. Her blog is fourthpart.blogspot.com.

Along with taking care of her family and writing, Jill enjoys working out (yes, she really does), watching TV, reading, and planning and taking vacations.