“Sibling rivalry is vicious and brutal. And your kids may never grow out of it, they may never like each other or get along.”

Surprisingly, it was those jarring words from my therapist that finally gave me some peace surrounding my kids and their contentious relationship with each other.

I can’t pinpoint when their animosity towards each other started, looking back it just seems like my kids never got on well. There were moments of peace and accord, sure. Just anomalies in the norm, though. I do remember that by the time they were both teenagers, the apparent lack of love flowing between them drove me to therapy.

My Kids Don’t Get Along With Each Other

I’m an only child. So I’ve no experience with siblings, positive or negative. My husband is the baby of four, though. And while he has experience aplenty of growing up with brothers and a sister and all that entails, there were times the discord between our kids was tough on him, too.

I told my therapist how hard it was to realize my kids didn’t like each other. That no amount of parenting seemed to make a dent in either one’s armor. Over the years, their distaste for each other only grew. What made their estrangement even worse was observing sets of siblings who not only got along but truly enjoyed each other’s company. Brothers and sisters who had each other’s back and who cheered each other on.

You go inward, as a parent, when your kids refuse to nurture their relationship with each other. You wonder where you went wrong, what you could have done better. And you end up shaking your head, stymied and perplexed when you recall all you did to foster love and devotion between your kids.

If you’re brave enough to vocalize your concerns and emotions about how your kids fail to relate to each other, often people will tell you, “Oh, they’re so normal.” They’ll assure you your kids will grow out of the rivalry phase. That they’ll stick up for each other come push or shove once they’re out in the real world, even if they fight like junkyard dogs at home. People will offer that they themselves didn’t get along with their siblings while growing up either, but they’re thick as thieves with them now.

Well-meaning souls will even regale you with tales of physical harm and mental cruelty exchanged between them and their siblings. Of hazing incidents and setting each other up for big trouble with their parents, too. All this anecdotal banter is meant to ease your troubled mind and help your shoulders release some of the stress your dueling kids induce. And none of it ever worked for me.

I watched my kids grow further apart from each other as the years went by. They have polar opposite personalities. They played different sports and very rarely did any of their other extra-curricular activities overlap. They don’t look alike. They don’t think the same. A pleasant relationship just didn’t seem to be written in the stars for them.

So when I sat across from my therapist and she told me point blank she understood exactly what I was enduring, exactly how distraught I was over my feuding kids and that they may never change, I breathed a huge sigh of resigned acceptance over my sworn enemies for offspring. It’s counterintuitive that her brutal, pragmatic honesty opposing everything I hoped for made me feel better. But that doesn’t change the fact that through her words, I finally found some release and was able to view my kids’ strained relationship as lamentable but also entirely out of my control.

I stopped being so invested in the reversal of their loathing for each other and likely adult friendship I’d heard so much about. I lowered my expectations and tempered my hopes that my two kids would find their way back to each other some day. And the pressure-laced melancholy I felt lifted. Other siblings getting along like friends bothered me less. I was able to step back, from what I still viewed as a travesty, to a distance from which it didn’t snag me daily and threaten to unravel me.

The next couple of years with my kids were better. Nothing changed between the two of them, but I was less wrapped up in the outcome of their relationship and less invested in whatever will or won’t be. And while I wouldn’t choose our story—I’d write it all much differently—I can accept it for what it is. I can accept my kids for who they are individually and who they are when they’re together. Even while wanting it all to be different.

As their mom, I’ll always hope for love to flow freely between my kids. I’ll always want them to pal around and enjoy each other. It’s just that I won’t let a lack of that kind of story weigh so heavily on me going forward. I won’t let the loss of what could’ve been translate into missing out on the joy and contentment that is available to me. I decided a long time ago that while it’s a shame their sibling story doesn’t read more happily, that it reads at all is worth something. I understood I might be pleasantly surprised someday by what develops between them, but also and quite possibly, I might not.

What Happened When My Eldest Left for College

Then my oldest left home for college last fall. And that very day marked the day everything began to change between my kids. They started to communicate over social media, never having done so before. They began conversing and making plans together. They became interested in each other’s lives. I dare say, they began to like each other well beyond what’s obligatory by way of family ties.

I’d tell you I still can’t believe the affection I see developing between them today, but there’s no way to claim that as this very scenario was detailed for me often and by many. And I hesitate to be one more who chimes in this way to you. Even though I’ve seen it happen with my own eyes while it seemed the unlikeliest of happenings.

I think it’s more helpful to tell you what my therapist told me, in case it has the same inexplicable and surprisingly soothing effect on you. If your kids don’t get along, if all they do is fight, if you can’t see how they’ll ever turn their hatred around and love each other like they’re meant to, it’s because they may not. Your kids might grow up and still want nothing to do with each other, and there’ll be nothing you can do to change that.

For maybe like me, accepting that possible reality and learning to move along in spite of it might be the key to finding some peace in the midst of long-lasting conflict. And maybe, you’ll wake up one day in pleasant surprise over your babies finally figuring each other out after all. Either way, you will find a way to live with what is and whatever may be.

I Don’t Want A Lot of Friends; I Want True Friends

Home / Articles / Family Life / Siblings / When Siblings Don’t Get Along: How To Handle The Heartbreak
FacebookPinTweetEmail 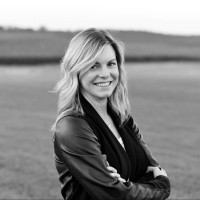