I’d always wanted a sister. By the time she showed up though, I was fourteen. When Jenni came home from the hospital after a catastrophic birth that kept our mother in the ICU for two weeks, I fed her, changed her, walked her through the house in my stocking feet. I mothered her until ours was able to, and it became a habit that stuck until I left for college four years later.

At fourteen I was often my sister’s caretaker

During those early days we were together, our bedrooms were on the same side of the house, so when Jenni cried at night, sometimes I’d be the one to lift her out of the crib and carry her to the kitchen in search of a bottle. After awhile, I could safely find our way in the dark, warm the bottle on the stove, check the temperature and then quickly recline her into my arms, popping the bottle into her mouth before she could fuss.

When I would push her stroller to the beach near our house, or for waffles at the corner diner, sometimes people whispered, staring at us with disapproving looks, thinking she was my child. It didn’t faze me. I knew what Jenni was to me: she was the first to occupy my hip, her toddler’s arm draped around my neck, knowing she didn’t have to hold on, that I had her. That she had me.

By the time I left for college, I knew I was in no rush to become a mother. I’d had a starter baby and I knew the joy of it, as well as the work. Fast forward to my wedding at 31, Jenni was by my side, my radiant, teenage maid of honor. A year and a half later, my husband and I welcomed our daughter and Jenni was one of the first to hold her — my old baby cradling my new baby. Nevertheless, while always affectionate, our relationship remained more maternal than sisterly; with fourteen years between us, the age gap seemed like one that would be difficult to bridge.

Then, this year, before the world unraveled, something wonderful happened. On January 2nd, Jenni — now an accomplished thirty-something — and her equally grown-up husband, welcomed an early addition: Ainsley Jay, weighing in at just four pounds, two ounces.

While I’d planned on flying to Portland when Jenni went into labor, by the time I received the call, Ainsley was well on her way. Hearing Jenni’s voice on the other end of the line, in pain and scared, launched me into an Uber and onto the first flight out; Ainsley arrived before I even left the tarmac.

By the time I walked into the NICU, she was already wrapped in blankets and hooked up to monitors, a gorgeous, tiny infant, her exhausted parents within arms reach. Ainsley’s eyes were wide open, sizing me up when I entered the room: Well, you’re a bit late, now aren’t you?

Being a preemie, Ainsley would need to stay in the NICU for at least a week. She didn’t have the strength to solely breastfeed; she’d need a feeding tube as well as Jenni around the clock. I stood nervously by, not wanting to be in the way. Meanwhile, Jenni was calm and instinctual with Ainsley; holding her skin-to-skin, speaking in a low and reassuring voice, navigating the medical equipment covering her daughter with aplomb.

I loved watching my baby sister become a mom

Witnessing their family form right in front of me lodged a lump in my throat that persisted until it was time to board the plane home. I couldn’t get enough of watching the three of them, a blur of hospital blues, sweetly discovering one another.

In February – before the pandemic made such things impossible — I flew in to help for the weekend. I took a few early feedings with Ainsley and had the privilege of feeling her small weight in my arms while she stared up at me, five of her fingers curled tightly around one of mine. It was like I’d done so many years before with Jenni, and then with my own two children who are now teens – but this time, I was not suffering from cluelessness or exhaustion.

This time, I was wholly present for the magic that is a newborn. Everything Ainsley did over that weekend bowled me over and I fell completely in love with her — my first niece, my starter grandbaby.

As my niece grew, my relationship with my sister blossomed

Over the pandemic months that followed, Jenni and I spoke almost daily. I watched Ainsley’s first year unfold over FaceTime and was grateful to have a virtual front-row seat. As I grew into aunthood and Jenni into motherhood, something else bloomed, too: our relationship.

Over our thirty-five years together, Jenni had been my baby sister, my children’s young auntie – but becoming Ainsley’s mother drew us closer. Our long talks, our shared fierce love of our children, our friendship over this past painful and isolating year — it’s all somehow finally closed the gap in years between us.

At 14, My Teen Is Not Just My Daughter, She’s My Beloved Friend 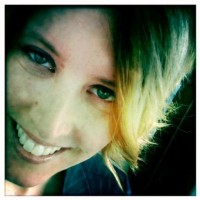