I love this page…Grown and Flown. I have been following it for several years, since my oldest was still in high school. He is now 21. Each article I read, I think, I could have written that! Wow. We are all so connected in our experiences. Then this happened.

My second son, 19, spent his first year out of high school playing hockey for a Junior/Prep team. He had an outstanding year! The year gave him all of the tools that he needed to begin separating from my nest.  My son and I were confident. That experience is one I would love to elaborate on – the benefits of a Post Grad year. But that is for another day, this one is too raw. This should be heard.

One of the BEST things he gained though his Post Grad year were some fantastic relationships. Donʼt get me wrong, he has had wonderful friends. I love all of his friends. But this is a little different, they have a bond like he has with no other – so when he asked/told his father and me that he and his teammate and best friend from last year wanted to go to Canada to “hang out” and see a fellow teammate, we didnʼt object. After all, these kids had traveled all over playing hockey.

They have essentially, “done everything right,” this summer, working, saving money and keeping curfew – so I trusted this would be a weekend of well-deserved fun before they set off to their respective destinations this fall. The car was in good running condition, bags were packed, warnings and cautions were given.

Off they trekked for the four or five hour drive. I imagined it just like my college years, loud music, lots of laughs, drive-through food and caffeine to stay awake. And I presume, thatʼs just what it was, as I got the car back full of food wrappers, tuned to some radio station I would never listen to and 26 miles to empty on the gauge.

I spoke with my son on their second night. He gave me the update about his wins/losses at the casino and the plan for the next night which included some nightclubs where they are “legal.” OK. “Be careful. Be Safe.” I said.

My Son Left the Club Alone, Without His Friend

Well, apparently 5am comes early in some Montreal clubs, and my son got tired… or had too many…. or met someone…I donʼt know if I will ever really know his reason WHY, but he took an Uber to the Airbnb without his trusted companion.

My guess is that the next four-six hours were the scariest hours of my sonʼs life, but I know for SURE, they were for his buddy. Said friend, took up with some other locals in the club and – many blanks to be filled – ended up phone-less and moneyless, but thankfully ALIVE, after being robbed at gunpoint.

How and when the two reunited is still unclear to me as it has only been hours and I am still prying details from my son with kid gloves. Kid gloves.Yes, that’s right because it has only been a year since a former schoolmate went missing (22 y/o) after leaving a bar alone in our hometown to walk home… he never returned.

Now I sit and struggle with this, WHERE DID I GO WRONG? THIS KID KNOWS BETTER. HE VOWED TO ME HE WOULD NEVER SEPARATE FROM HIS FRIENDS. HOW COULD HE BE SO NAIVE? DO I BEAT THIS INTO HIS SKULL? (because trust me I WANT TO!)

Hereʼs the thing: We all know these 19-20 year-olds think they are invincible. There is not much that can be done. But we can be cognizant of the other parent’s feelings. What can I possibly say to her?

“My son failed your son miserably and you could have lost him?”

I still reached out to the mom of my sonʼs friend –without words. What I found is that we did not need words. The bond we see in our kids is enough for both of them to know that THEY, in time, if not already, know how lucky they are. They also know each other better than we do. The defensive, knee-jerk reactions and excuses will subside and are meaningless for us to hold on to.

As she so eloquently reminded me, that’s the natural reaction – just like when they were five and got into trouble, but this time, we donʼt need to paint the horror story scenarios for them. They lived it. They (actually) did it for themselves on their drive home, as it turned out. We just have to believe that we have taught them the right things. We hope that in their lapses of judgement they will see, we are right.

My message and lesson is simple. Find validation in the “close calls.” For these are gifts that we are sometimes fortunate to get. My son’s friend’s mom and I are pretty sure that these two guys are forever changed. That will have to be enough. So I choose to be grateful for the blessings and the lessons.

Oh, yeah, and above all, keep telling your kids, “There is safety in numbers. Never leave a friend. EVER.” Not every story like this ends with a lesson. Too many end with a loss. It is our hope that your kids will listen and find their way safely home.

Freshman Year Nightmare: I Got So Drunk I Ended Up in the ER 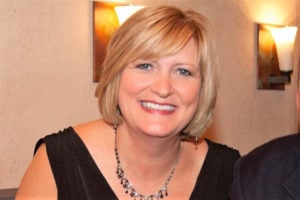 Diane Donaldson is the mother of three children 21, 19 and 15. She works as a College Academic Counselor and supports her husband with a family business. She is an avid reader and writer who enjoys sharing experiences that may help others. When she set out to get my Masters in counseling she knew that the most important thing for people to cope with their struggle is to have validation, that they are not alone. Helping people succeed and live a fulfilling life is her passion.

Home / Articles / Parenting / Parenting Advice / Safety In Numbers: Why This Close Call is a Lesson for ALL Teens
FacebookPinTweetEmail