It began as an afternoon of fun, preparatory primping. Hair, nails, and makeup—check. Dress and shoes ready—check. And then, I realized that there were seventeen ninth-grade girls and boys on the way to my house. Seriously? This required countless deep breaths (and even a little sweat as I scrambled to complete last-minute housework).

When the doorbell rang and the kids awkwardly trickled in—some parents in tow and some not—I just smiled and welcomed. There were many strange, uncomfortable moments as we forced a group of nervous ninth-graders to take pictures together on the staircase. The night seemed off to a weird-but-enjoyable start.

Forty minutes later, the “party bus” arrived to take them to dinner. After much debate as to whether the kids actually needed a parent to chaperone the bus ride, somehow, I was nominated. Huh?

The bus looked like it was headed straight for Vegas—colored lights and ice buckets and drinks (no alcohol, of course). As I climbed into the passenger seat, the rest of the group in the back, I had absolutely no idea what to expect. The bus driver grinned at the anxiety in my eyes. I think he got a kick out of it. My expression said it all: nervous, ninth-grade mom wondering what in the world is going to happen over the course of the next couple of hours.

At first, it was just LOUD. There was lot of laughter and shouting and discussion of Instagram and Snapchat and studying of i-phone screens. And then I heard a loud boom. Someone had discovered the audio system in the bus. The music began. And so did the “party.”

The kids were suddenly dancing and singing and laughing hysterically. It apparently didn’t matter to them that they might lose their hearing someday because the volume was turned up so high. I tried my best to tell them nicely to turn it down but they couldn’t hear me. Not even my shouting voice worked for this one. No more “1,2,3, eyes on me.” Those days were over.

Then came the song selections. Of course, the wildest boy in the bunch was the DJ. There was a loud, steady stream of rap lyrics describing horrific, lewd acts and even an occasional reference to an illegal substance. I was in absolute disbelief. This is what our kids are listening to? I thought. Am I just old and uncool? Is this allowed? No, I decided. At some point, I had to intervene.

That point came when the wild boy began to play a rap song with a racial term that I abhor. That’s it, I thought. I finally stood up and insisted that they turn it off. We don’t do this. I’m not your parent, but I’m going to stand for what is right. And you will listen to me. No more of these inappropriate songs. Even if this is what you do at home, I can’t stand by and allow it here, not on my watch.

The old, uncool, uptight version of myself came shining through. They turned it off. I survived the rest of the trip.

And I learned two very important things from that bus ride:

1.Teenagers need their parents to be present. This can seem counterintuitive. Because parents are supposed to be slowly “letting go” and teaching their teenagers to do things on their own, right?

Yes, but the teen years are the years when our children actually need us more than ever. Teenagers need guidance. Direction. Someone to sit on the bus with them while they go to dinner and a dance. Someone to give them rules and boundaries and be around to enforce them. Someone to be present. As much as we think they’re old enough to handle their own lives at this stage, let me assure you, they are NOT.

I’ve witnessed it in person now. They’re testing the waters. They’re coming into their own and pushing the envelope. They’re exploring a whole new life path. They need people around to point them in the right direction when they’re heading off course.

The bottom line? I believe that we must parent harder than ever when the teenage years arrive. We must make rules and enforce them vehemently. And we must be available to talk to our teens and give them advice and direction. Our presence in their lives is key.

2. Modern culture is profoundly influencing our kids, and if we don’t teach them about something, our culture will.

The internet has become a parent of sorts to our teenagers. Music and media have become some of their best friends. Our core families are being replaced by technology. It seems they spend more time with tech than they do with the people they love most.

Hmmm… this is concerning. After listening to some of the lyrics in the songs they played (and sang along to) on the bus, I’m realizing how incredibly challenging it is going to be to raise quality men and women in a culture that actually encourages such horrible behavior. And yes, these things were probably around when we old, uncool parents were growing up, but now they’re everywhere. They’ve infested our lives and homes. Our children see and hear them freely. We’ve lost quality control. It’s a bit disheartening.

Now more than ever, it’s imperative for us to contain the adverse effects of technology and converse with our children. About all kinds of behaviors. About what’s right and what’s not. About the real-life consequences of the vile things that they see and hear these days.  Because if we don’t, technology is going to step in and parent them in all the wrong ways.

I’ll end with this:  A huge “thank you” to the brave women who have spoken out against sexual harassment and misogyny in our society this past year. Now it’s our turn, parents. We must “speak out” to our children at home. We must be present when it matters most, and we must do what it takes to raise a new generation of quality people in spite of modern culture.

Kid in Their Room All Day? Why Teens Crave Privacy 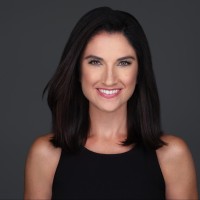 Holli Fawcett Clayton, is the creator of Courageous & Connected, a website about human connection and the ways we can find it. She once chased grades and degrees and job titles and new clients. Now, she chases two teenagers, a first-grader, a dog, dishes, laundry, and new things to write about. Originally from Arkansas (Go Hogs!), she’s lived overseas and traveled the world. She is now in Texas with a big, blended family for which she is grateful. You can find her work on her blog site, and also on HuffPost and Grown&Flown.

We are all intensely focused on our devices, especially our teens. While it’s tempting to try to fight this reality, sometimes we need to learn to lean into the new technology. There are so many useful apps that are available for our teens to use, it’s hard to sift through them all, but we’ve done…

Chillaxin’ at the dinner table with my husband, two teens and a tween goes something like this these days: “Dude! These meatballs, though. They hit different.” “10 outta 10. Would eat again.” “Dopest dinner we’ve had all week, bro.” And me, the English major, former newspaper copy editor and all around grammar police officer? I…

At age 15, our son’s default mood was angry. Life seemed unfair to him. Like many adolescents, he was confused about friends, the future, the point of his daily activities, his family. No matter how hard his dad and I tried to reach through his adolescent funk to find the fun-loving, curious boy who used…

Our Teens Have Discovered “Friends” and We Love It!

My son likes to order things on Amazon through my account and give me the money. Since he’s thirteen, I’m okay with this because he’s responsible about it. I got the sweetest note from him the other day when I returned from my run. It said, “Mom, I ordered some things including a new sweatshirt…

And, Trey is Back….Back to School That Is and Spot On Again

And, Trey is back….back to school that is. I’m not sure how he knows everything that we mothers say. From telling “his kids” to get back into the school schedule three weeks in advance, to his derogatory comments about the other moms, to his “love” of carline, we hear you Trey. We really do. Then…

What You Need to Know About “Euphoria,” HBO’s First Teen Drama Series

If you have a teenager at home, there’s no doubt you’re probably all too familiar with the huge variety of teen drama series that are currently offered by streaming TV services. Teens don’t watch TV the way we did, and why should they? They have the luxury of binge watching anything from the teen reality…

We love Lin-Manuel Miranda for a multitude of reasons, not the least of which is his absolutely unparalleled smash Broadway hit musical, Hamilton. The musical was critically acclaimed and an enormous box office success, and it earned a Tony, a Grammy and a list of additional awards that would take the rest of this page…

A new video called, what else, “Moms” by comedian Trey Kennedy had us howling laughing, the kind of laughing that involves snorting and tears because we have literally said ALL of these things to our kids. ALL. OF. THEM. And it’s not just the things Trey says, it’s his absolutely perfect “mom” delivery that slayed…

The Six Best TV Shows To Binge Watch With Your Teen

It’s no mystery our teens pull away as they get older and finding things to do with them that you both enjoy can be tough if not impossible. As their parents, we long to bond with them and most days they don’t seem to need to connect like we do. One thing that works like a…