College football is the second most popular spectator sport in the US after the NFL and, each fall, students and alumni pay homage to their colleges and teams by planning their Saturdays around kick off. 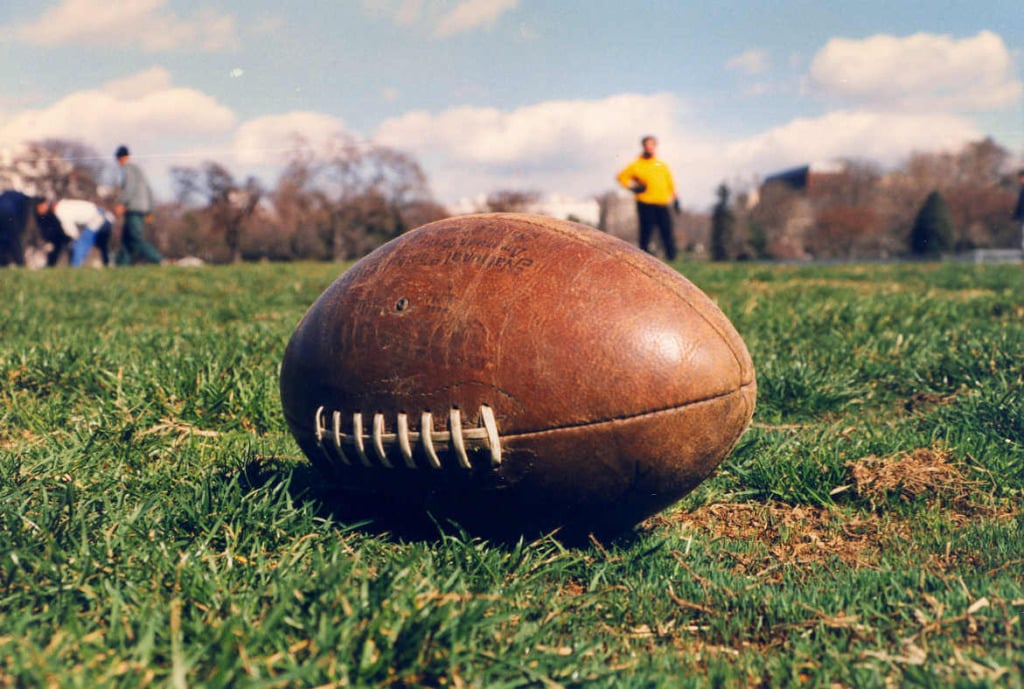 I have previously written about my gratitude toward college football during my son’s high school years.  It was our go-to topic where we safely ventured when all other subjects (homework, SAT prep, curfews, college applications) became toxic. And now, with a daughter who is two weeks into her college life, I see how football can be a perfect way for freshmen to make a deep emotional connection to their new home.

10 Reasons Why Freshman Should Go to the Football Game

Game day is just that – an entire day where college football is the main course in a feast of activities coming before and after. For freshmen who are not yet involved in campus life, grabbing a roommate and a couple of kids down the hall and heading for the stadium can be a singular event helping them integrate into the community and feeling less like outsiders. To quote a recent college grad who offered her advice to freshmen, “when in doubt, go out.”  Making plans to go to the game is a perfect way to do just that.

Freshman committed to a college during senior year in what must feel like a lifetime ago. Though they have since told every single person who asked that they LOVE LOVE their school, the first weeks of college can be lonely. A college football game gives kids a chance to identify with the team and experience an us vs them sense of attachment, making their declared affection a reality. Games give students the chance to bond with classmates while sitting shoulder to shoulder on the bleachers. On game day, strangers who would never exchange glances while hurrying to class are all brothers and sisters. 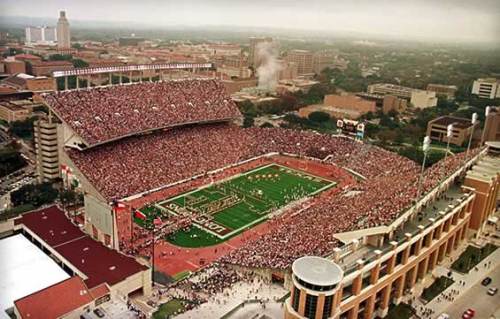 A good college football game is absorbing and a great game, unforgettable. It can also be inspirational as UVA English professor Mark Edmondson writes in his book, Why Football Matters: My Education in the Game:

There are a number of ways to wake up and learn to aim your spiritedness. But I believe that football is one of the best. It’s a game in which you get knocked down over and over and have to get up and start again. It’s a game that awakens your passion and then can help you direct it at a worthwhile object: getting better at the game and maybe helping your team to win. When you have that model for how to deploy the spirit, you can use it for other aims in life.

Though he is referring specifically to playing the game, the heroics and perseverance of the players inspire the fans. 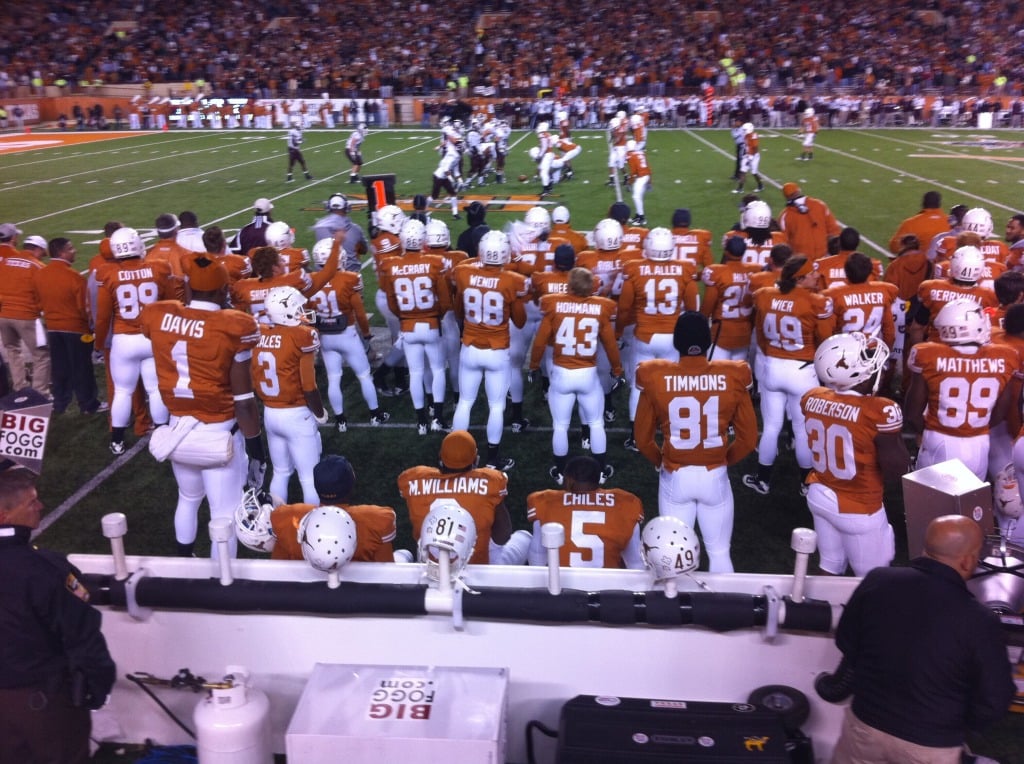 Turning on the flat screen at home and easing back into a comfy couch for the afternoon is the way millions of fans watch college football. It is an easy stroll to the kitchen and the bathroom, televised camera angles get up close to the action, and the WiFi doesn’t fail. But the experience of walking into a football stadium on game day is visceral. Adrenaline begins to pump and each sense remains on overdrive. These things do not happen while sitting in a lazy-boy: hearing the roar of the crowd, jumping up to watch a receiver sprint down the field to score a touchdown. Cheering, high-fiving! Sweat trickling down foreheads during boiling-hot September games and wrapping up in blankets to keep out a chilly October night.

Football fields are typically walkable from dorms with no complicated or time-consuming logistics required to go to a game. Both our kids have gone to schools where only their student IDs were required for admission. Some colleges are making even greater efforts to make sure students attend games in the face of a drop in attendance: “Average student attendance at college football games is down 7.1% since 2009,” according to an analysis by The Wall Street Journal. This is an ideal time to take advantage of any student incentives offered for attendance.

Freshmen are just beginning to figure out the hand signals. They are building their team color wardrobe of t-shirts and sweaters. They might not be sure when to clap, or understand the differences between the fight song and school song. One game into the season, they’re experts.

College fight songs are filled with clapping and spirited, shouting lyrics. If you attended a big state school like I did, perhaps you sung your school song to your kids as lively lullabies. My sister and I learned to sing the Aggie War Hymn (Texas A&M) from our dad and I taught our kids The Eyes of Texas, Texas Fight and when to get your horns up (University of Texas) when they were little. Our daughter is attending my husband’s alma mater and we have made plans to join her for a game later this month. The chance for the two of them to lock arms, swaying and singing The Good Old Song (UVA) will be a priceless moment in our family life. 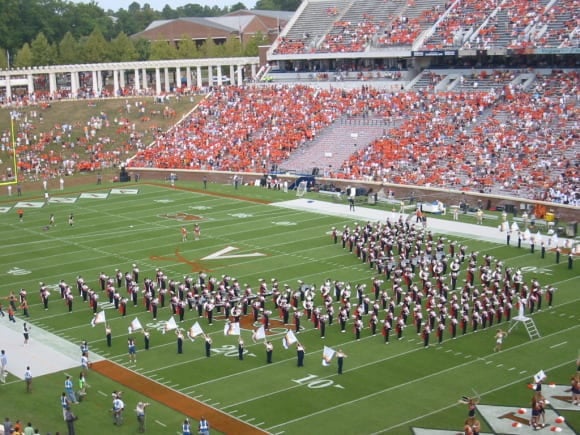 College football games are the perfect excuses for alumni to return to campus. Students see older grads in attendance and take note. Games on campus help build connections across generations of students, binding them in loyalty to their school. Since football is a sport with roots dating to 1876, read about the history of the football program helps to gain an additional layer of understanding about the school itself.

Conversation in the early school weeks revolves around the same few questions – where are you from, what are you majoring in, where are you living….over and over. Going to the game and having a shared experience with classmates makes it easy to talk about the team, the game, the schedule, big plays…. topics open to everyone, paving the way for friendship. 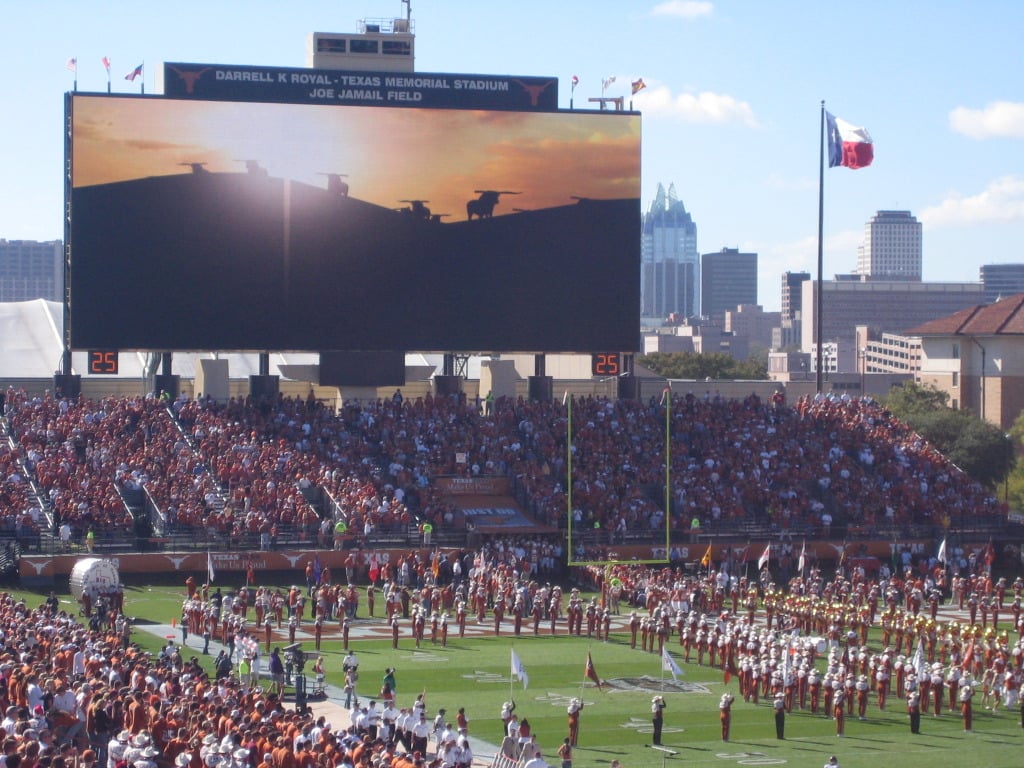 It has only been two weeks since we dropped off our daughter at her freshman dorm. To say that I miss her does not begin to describe my longing to see my youngest child. Watching the game last weekend on TV was exciting and the best part for me? Hoping against hope that the camera would catch her cheering in the crowd. I don’t plan to miss a game.

How to Help a Freshman Who is Homesick 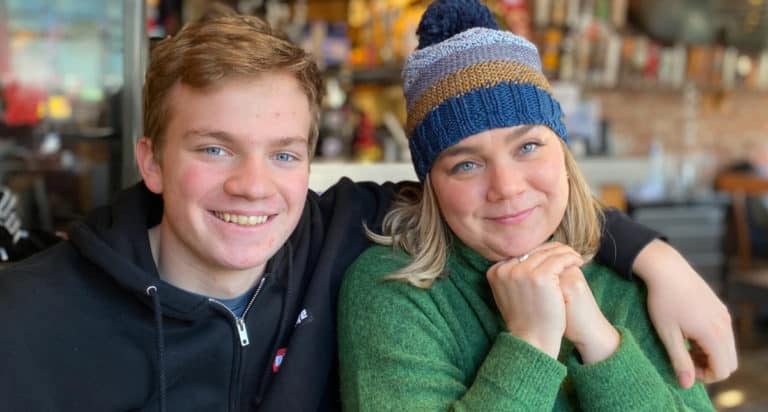