I picked the wrong college. If I said this out loud in a conversation at the local Starbucks, I seriously believe the shop would fall silent. Customers and baristas would freeze in place. I’d hear gasps instead of coffee beans grinding, moms chatting and laptop keys clinking. No, I didn’t just graduate from high school this week. I’m a mom of a high school rising senior, looking back (as I often do) on the college choice I made at his age, in 1988.

So much has changed since Generation X graduated high school in the late 1980s. Families can use online tools to zero in on schools that could be a good match. They can virtually tour a faraway campus online, get a feel for school spirit through social media, and anxiously watch for college acceptance letters (or not) in email. My friends and I didn’t have any of this.

College admissions is an intense process for teens

But some things don’t change: the weight of the world kids feel on their shoulders to get into their dream schools, their “reach” schools or, even, enough “safety schools.” The pressure to make their parents proud. And, above all, make the right choice.

But how do they really know it’s the right choice?

In affluent areas like my DC suburb, there’s a burning desire to make costly private college counseling sessions and hours of ACT/SAT prep tutoring pay off — not to mention the thousands of dollars and hours spent schlepping the kids to activities like sports or band to round out their “well-roundedness.”

All this is done in the name of making yourself a viable candidate for the best college. But the stress can just be too much to make everything lead up to the right choice. So can something called The Great Unknown, even today, in 2021.

You cannot predict how a person will feel in a certain environment.

What happens when a teen doesn’t like the college they chose?

No amount of resources in the world can anticipate exactly how a teen will feel once he or she gets onto that campus and lives with the choice. Most live very happily. But what if they don’t? This is what no one wants to think about or talk about at the neighborhood Starbucks.

The kids would feel guilty even thinking about it, and the parents might be outraged, shocked, or confused. What about all the leg work, the homework, the heartaches, the grueling practice schedules to be in the best pool of college applicants? What about all the online navigation, professional opinions, and rising test scores that carved a path leading to the “right” school?  If you can’t count on all this, what can you count on to guarantee your kid’s choice and set the stage for success?

You can’t count on much.

The teen has to actually go and experience it. He has to feel the vibe on campus and get a sense of the student body and, often, adjust to living in a new state with a diverse group of people. If you are from the Midwest, you may not know this until you get to school in Upstate New York and find yourself surrounded by a Long Island accent that makes your skin crawl in every class.

And the snow that looked so pretty in the campus brochure? Climbing over the drifts of it in the dead of a Northeast winter can make a student shiver with cold and shake their head, wondering why in the world they chose to come here. They may second-guess last year’s desire to get far away from home as they watch students within driving distance load up their laundry for mom and easily head home for a weekend holiday.

The classes and professors may be great and thought-provoking. But my guess is this would be the case at many other schools one applied to, too.

I’ll never forget going to see my assigned college counselor freshman year. We’d never met until I made an appointment with him in January to talk about my desire to transfer. I was told I couldn’t officially get a transfer approved until I met with him. I’d decided to change my school, my major, and go west. I knew where I wanted to go and what I wanted at this point.

I was going to transfer to what had been the first-choice school that I hadn’t gotten into originally, but could now with a college semester of straight A’s in a rigorous, highly regarded program. Yep, I’d done well at my current school, but I found it to be an awful fit.

The counselor shook his head at me. He didn’t even know me, and he barely listened or cared. Instead, he kind of taunted me. What was I going to do in Colorado, an “enormous” school with 27,000 other kids? I’d feel lost, he said. Well, I started to say…I feel pretty lost and alone here, at your little liberal arts school. But I didn’t want to be rude.

I couldn’t get a word in, anyway. “And you want to go to law school,” he said with a scoff! He told me I’ll be just another student lost in the shuffle, then just another unneeded lawyer out in the world; without a degree from an Ivy League law school I wouldn’t really be able to do anything. In two minutes, he seemed to lay out my entire life path because I had the realization I picked the wrong college. I was trying to make a change to do the best thing for me.

I never did transfer, but not because of that counselor. I met a boy two months later who I knew I would marry. I had withdrawn from school, put in for the transfer, picked my dorm at Colorado, and was mentally on my way by spring. But then I met him, and I stayed. I never stopped thinking, though, that I picked the wrong college.

I write this not to complain or seem ungrateful. I know many kids who’d love to be able to afford — financially, logistically, academically — a college of their choosing. All I’m saying is, teens and parents shouldn’t feel the original big college decision is the end-all, be-all of life. You can always admit you made a mistake and make a change. Know you may not get it right, despite every online answer, official ranking, and everyone’s opinion.

My Sons Both Transferred to After Freshman Year 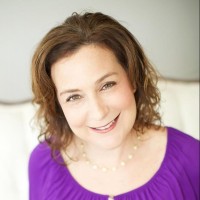 Erin Mantz is a parenting writer, Creator and Editor of the Gen X Girls Grow Up blog and Editor of the book Hey, Who’s In My House? Stepkids Speak Out (Motivational Press 2015). Her work has been published in The Washington Post, Chicken Soup for the Soul Parenting, Huffington Post, Washington Parent Magazine, the New York Post, Suburban Misfit Mom, Manifest Station and more. She also served as Editor-at-Large for Washington Parent magazine. She currently works in communications. She grew up in Chicago and resides in the Washington, DC area with her two sons, ages 16 and 20, and crazy Cocker Spaniel.