I am the mom of a peanut allergy kid. He is old enough now that people still rolled their eyes and acted like we were making it up in his early years. Over the years, that kind of reaction has diminished, and now, especially with allergies like peanut, tree nut, and shellfish, the most likely to lead to death.

We moved from the UK when Ben was five. We knew he had a peanut allergy, but our doctor in the UK had said, “avoid peanuts and he’ll be fine.” Of course, that was much easier in the UK where peanuts were far less ubiquitous.

My son has peanut allergy and will never outgrow it

Having a doctor with a low-key approach was a good place to start, I think it helped us keep the fear in perspective. In 5th grade our doctor told us that we were being irresponsible not seeing a specialist and really understanding the details of his allergy. So, now we know: he is severely allergic to peanuts and will never outgrow it. Still we continued to be careful, and not overly worried.

My son has always been a busy active guy. He participated in high school sports, played in a chamber orchestra and held a summer jobs living away from home

I feel like I have never had any serious concerns about the allergy, even where he didn’t control his food, he had options. He knows what to do, he sometimes chooses to leave a situation and eat later which I doubt anyone has ever even noticed. He tries to avoid attention.

All of this is the kind of justification allergy parents use to say I am not one of ‘those’ parents. You know, the parent at the school angry that someone forgot to bring a special snack for their child or didn’t buy allergy-free candy at Halloween. Ben has been taught to be careful and he is, in his own understated way.

Now my son has gone to college and is living in the dorms and it’s really awful. It is stressful to me in a way that I thought had long since passed. And stressful to him in a way I don’t think he has ever experienced.

When you go to the orientation and learn about the dorm, you hear time and time again how forward thinking and prepared for allergies the dining halls are. They tell you about the training and the iPad lookups for ingredients at every station, the easy to read symbols and the procedures for allergen free cooking upon requests. What they don’t tell you is so much more though.

They don’t tell you that the salad bar contains peanuts. That the pre-packed meals are packaged together, and some contain peanuts or dressing with peanuts product and they are all stacked together.

They don’t tell you that they put the peanut curry next to the peanut-free curry in the regular meal line, or there is an open container of peanut butter next to the toaster where college kids can spread it on their toast and drop some on the counter or floor.

One nut dropped in the salad bar, or a drip between curry pans or a spot by the toaster can kill you. Imagine how stressful eating is now. Also, imagine that your life is in the hands of the 18-year-old poorly paid college freshman who works in the dining hall, and that freshman is your safety net.

So along with the usual anxiety of weird roommates and crazy professors comes a danger of death or at the very least missed days as you recover from a peanut exposure. If he is lucky his eyes swell shut, if he is unlucky his airway closes.

My son was visibly upset talking about the college dining hall

He came home from college and was visibly upset when we talked about the dining hall. Not “ha-ha the food is so bad,” but it was obviously a serious source of concern. He was not interested in hearing who could help him or what strategies to try, he could not even talk about his dining hall experiences without anger and frustration rising up.

What am I to do for my adult child? Write a strongly worded letter, keep sending him care packages of peanut free granola bars?

I talked to the food service dietician and honestly felt so much worse after that conversation. I suddenly understood Ben’s frustration. She had gluten intolerance covered, but a life-threatening allergy was definitely in the same category in her mind.

She suggested if he was really worried, he could eat from the special allergy free pre-packaged items from a designated fridge. She said he could get individual packages of things like peanut butter, yogurt, margarine. After she suggested this is where my child with a peanut allergy get his peanut butter I gave up.

During his first semester he ended up having a severe panic attack and subsequently was treated for chronic indigestion. I imagine if you can never feel certain your food is safe or if you worry that you will collapse and die at lunch, freshman year stress take on a whole new meaning.

I am not sure the way forward. I do know we have entered some hard years because the dining hall is one thing, but next year he will want to live with his friends. I woke up in the middle of the night thinking about the teenage roommates with no money and a young person’s sense of invincibility who will be his roommates next year.

When I consider that, I am not sure that moving out of the dorms is as reassuring as I thought. I hope he can communicate with roommates clearly what he needs to live in a safe house. I hope his next year of college will be a more positive experience. But I worry, all of this is out of my hands now, these next few years could be some of the hardest of them all as a parent of a child with allergies. 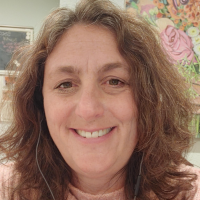 After spending 15 years in England, Amanda Hargreaves returned to her hometown of Spokane, Washington to raise her 4 children. She enjoys skiing, knitting and backpacking trips with her kids