We have four children. Three have “left the nest” and are off at college now after our twin boys flew south last month. They joined their older sister as survivors of this crazy place, leaving just their youngest brother at home with his mother and father. With our daughter leaving a few years ago, I felt prepared for the twin boys to bid us adieu.

Everyone we knew, and I do mean everyone, told us that with two leaving, it was going to be quiet at home. D’uh. And that’s a bad thing? Sure, sure, we’d miss the twins just as we miss their sister. We knew all of that already. We’d be just fine thank you very much cause we’re tough.

But no one warned me, the father, of the biggest negative to all of this coop flying — football would be ruined!!!

[Read Next: Saying Goodbye to the Sideline]

Today, I sat down to watch Week 2 of the NFL season and my beloved Steelers (winners yet again — 2 and 0 baby). Week 1 had been a snoozefest with the Steelers squeaking by the hapless Browns in Cleveland. That had boring written all over it when the schedule was first released. But today the Vikings came to town and Pittsburgh was at home. The excitement was back.

“Mean” Joe Greene adorned my torso with his “75” front and center for all to see. I was in my favorite chair with the gliding ottoman. My wife and ten-year old son were with me and my mother-in-law brought out some delicious food. Yep, everything was the same old same old.

I’ve been enjoying this routine for 14 years in this house and yeah, we were down three of our biggest fans now (stupid college), but I still had the chair, the food, three family members, and my Steelers! Fun, be ready to be had.

[Read Next: The Final Buzzer Sounds: Tears at the Last Game]

Not because of the Steelers’ play (they won handily.) And not because my chair broke (not a chance we’re ever throwing that old junker a way!)

The food? Perfectly fine. Tasty even.

The problem was, no one had warned me that watching the Steelers would now become an exercise in talking to myself (or that I’m not much of a conversationalist.) You see, my fellow fans are just that – fans. Not fanatics. They enjoy a good game. They like the Steelers. But where’s the passion, people?! Where is the love?!? How about some good old-fashioned anger!?? Give me some complaining please. Tell me how bad the play-calling is, or how the defense should have blitzed there, or wonder aloud why Big Ben is overthrowing his 6’4″ receivers (WHAT THE HELL IS HE DOING OUT THERE?!)

My twins and I had mastered the art of complaining the entire game. Winning, losing, or on a bye week. In the AFC Championship Game, or playing the Jets in Week 4 and up by 30. It didn’t matter, we had passion, dammit! We expected perfection and also wanted to score some fantasy points along the way. “Quick, flip it to the Red Zone.” “Now, back to the Steelers – quick, we might miss another false start!” We discussed strategy. We dissected which other teams positively, absolutely had to lose this week. We high-fived. We yelled at each other (a lot.) We spilled stuff. This was football!!

Today, during a crucial 3rd quarter drive in game 2 of the most important season of all-time, the Steelers had forced the Vikings into a 4th down. A punt was forthcoming. Except it didn’t – the Vikings faked the punt on a play that fooled no one and the ‘Lers got the ball in great field position with a chance to essentially salt the game away.

In the past, my daughter would have asked if the punter was permitted to throw the ball — “I thought he could only kick it.” My sons would have yelled at her. I would have asked her “have you ever watched a game before?” After the play, I would have jumped out of my precious chair and high-fived the room. It was time to celebrate and call the next play – “go for it now — bomb to Antonio Brown!”

Instead, today, this play marked the end of football as I know it. In my house, at this critical juncture of the game, the following occurred: I jumped up to celebrate the big play. This caused my wife to be jolted awake (“how can you sleep at the time like this?!”) and enticed my mother-in-law to look up from her watching of cute, animal videos on YouTube. “What happened?” I was asked but could only muster a sigh.

But wait, I still had a son here. Surely he would save the day with a great comment or a celebratory fist bump, right?

“Hey Dad, could you keep it down a little please? I’m almost done with the 4th Harry Potter book over here ya know?”

No one warned me. And now it’s too late. Little birdies, please come home. I need you all to save football!

In My Son’s Empty Room: How Did it Go By So Fast?

Fantasy Football: Big Thanks for Being the Guy Glue

Home / Articles / Family Life / Family Activities / No One Warned Me! Watching Football is Just Not the Same
FacebookPinTweetEmail 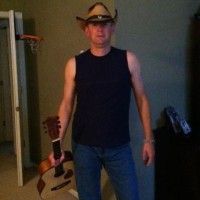 Matt Miller is a small-business co-owner, husband, and father of four.  Three of his children are currently enrolled in colleges much too far away from home.  Matt enjoys filling his spare time with writing, sarcasm, and sports.