One day long ago, watching my four-year-old nephew careen through his back yard at full speed, I heard my brother say, “Buddy? Remember how you have to keep your eyes open when you run?” He then turned to me and shook his head, the phrase “I never thought I’d have to say that” hanging unspoken between us. Fast forward to my life as a mom of two high school daughters and those same words – “I never thought I’d have to say that” – runs through my head as I talk to my teens . Here’s a little taste of things I’ve actually said to my teens:

At certain times of the year, leading up to their ballet studio performances and/or school project season, that there just aren’t enough hours in the day to both have a family meal and get homework done. So we sometimes allow the older daughter to take her dinner down to her room, which over time starts to resemble a terribly arranged Williams Sonoma store. Every week or two, when we are down to two plates and a single coffee cup in the kitchen cupboards, I holler for a household dish sweep.

My teens, both Red-Cross-Babysitter-certified, are in hot demand for childcare up and down the street, earning rates that I could never even have dreamed of during my own babysitting years. They are seriously liquid, especially at the end of the weekend. I on the other hand, work from home and do all my banking by smart phone app lately. If I need a couple bucks for a coffee or to plug a meter, I go straight to the people whose wallets are overflowing.

Doesn’t need a lot of explanation. Just, ugh. When did my little baby girls end up with the same cup size and bra style as me?

No, I don’t operate a pop-up shoe store in the foyer. But I could, from the mountain of footwear that is haphazardly dumped there by our girls arriving home each day. When they hear this, they know I am about to blow and that they’d best get their shoes into their rooms, if not their closets, before I start confiscating.

[More on what parents need to remember when their kids are teens here.]

5. “Do we HAVE to listen to classical music? Ugh.”

My ballerinas appreciate a beautiful symphony performance. I’m more of a Replacements concert with an unknown opening punk band kind of person. When we argue about music, I’m the one who sulks and wishes there was more bass.

It wasn’t so long ago that we were on the receiving end of that question from our kids. But at around the same time that my teens started staying up later to tackle the high school homework load (see #1,) their dad and I began nodding off shortly after dinner. So now it’s them, not us, planting a gentle goodnight kiss, pulling covers up to chins, and wishing sleepyheads sweet dreams. At 9:45 pm. 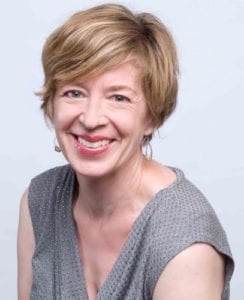